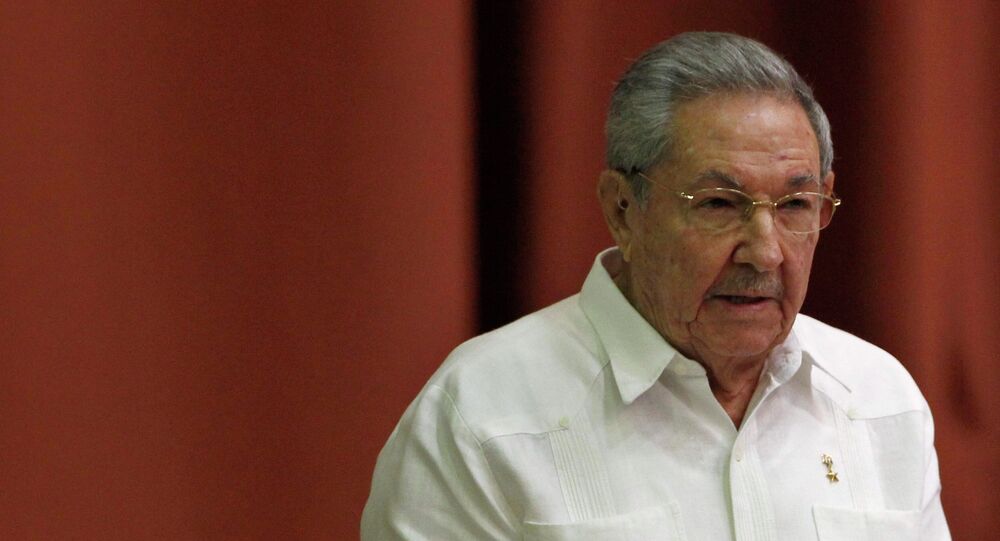 Last week, US President Barack Obama declared a state of emergency against Venezuela, accusing the country’s officials of human rights violations and calling the situation in the country a threat to US national security.

Cuban leader Raul Castro announced a firm and permanent solidarity with the Venezuelan government in the face of sanctions, imposed by the United States.

© AP Photo / Ariana Cubillos
US Using Same Tactics in Venezuela as in Ukraine - Russian Diplomat
"Our country's position remains unchanged. I emphasize the strong solidarity with the Cuban revolution, the Bolivarian revolution, with President Nicolas Maduro and the civil-military alliance, which he runs. I underline the absolute loyalty to the memory of Hugo Chavez, the best friend of the Cuban Revolution," Castro said in a statement, cited by Noticias24.

Last week, US President Barack Obama signed a decree introducing a state of emergency against Venezuela, saying that the situation in the country poses a serious danger to the United States. Obama also imposed sanctions against seven senior Venezuelan officials, condemning them for human rights abuses.

© AP Photo / Ariana Cubillos
Latin American Countries Unite Behind Venezuela in Clash With US
Castro said that Cuba should further oppose US attempts to threaten and isolate Venezuela, as well as achieve the ending of the economic embargo against Cuba itself.

"The US relationship with Latin America and the Caribbean has been characterized by the Monroe Doctrine and the principle of domination and hegemony over our countries," Castro said. According to him, the US has tried all possible ways to destabilize the situation in Venezuela, the purpose of which was to control the largest oil reserves in the world, located in the country.

In December 2014, the US and Cuba announced thaw in their bilateral relations. The countries restored their diplomatic ties, while the US government promised to lift trade embargo against Cuba, which was in force for more than half of a century.

Maduro Gets Special Powers Amid US Sanctions Against Venezuela

Maduro Sends Letter to Putin: 'Venezuela is Your Home'