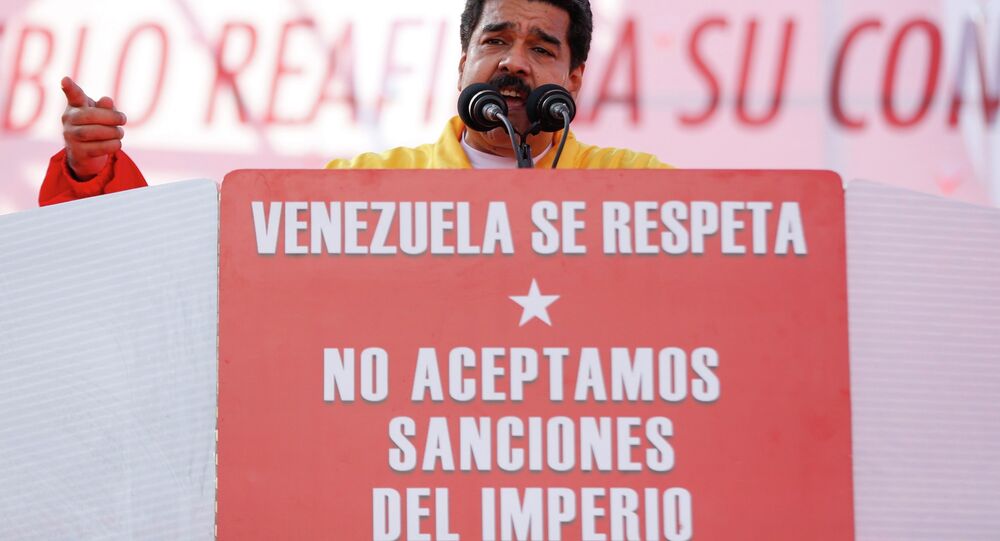 UNASUR Demands End of US Sanctions on Venezuela

The Union of South American Nations (UNASUR), which includes twelve Latin American countries, demanded on Saturday that the US government immediately lift sanctions against Venezuela.

© AP Photo / Ariana Cubillos
Latin American Countries Unite Behind Venezuela in Clash With US
It also urged the international community to abstain from any unilateral action against Venezuela and called on Washington to start an equitable dialogue with Caracas.

US President Obama issued an executive order Monday imposing sanctions on members of the Venezuelan military and intelligence services.

Obama also invoked his emergency powers to declare "a national emergency with respect to the unusual and extraordinary threat to the national security and foreign policy of the United States posed by the situation in Venezuela.”

A declaration by the group’s foreign ministers meeting in Ecuador denounced President Obama’s  move as a “threat to the internationally recognized principle of sovereignty and non-interference in the affairs of foreign states.”