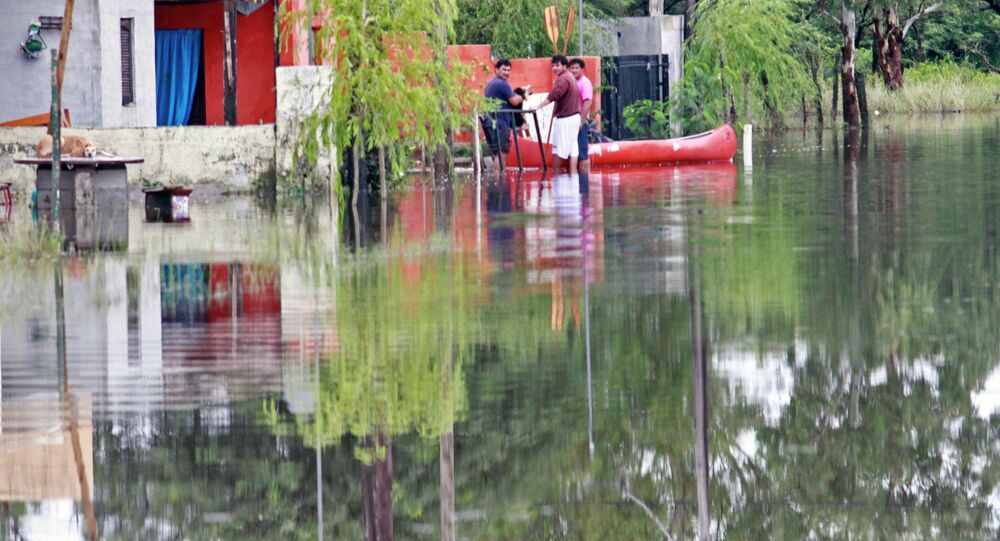 The residents of several provinces in Argentina have been evacuated following heavy rain.

© REUTERS / Odairl Leal
Severe Flooding in Brazil Forces More Than 80,000 to Evacuate
The heaviest rainfall in decades has caused flooding in much of central Argentina, forcing 6,000 people to leave their homes and killing at least one man.

In the northern province of Santiago del Estero, a 78-year-old man was crushed to death when the roof of his house fell in, and another man is reportedly missing in the central Argentinian province of Cordoba after being swept away by flooding. The other provinces to be affected are San Luis, Santa Fe and Catamarca.

In the province of Santa Fe, where rainfall in the past week has already reached half the yearly average, a state of emergency has been declared, while the government of Cordoba has declared the floods to constitute the worst weather disaster in fifty years. In mid-February, 1,000 people in Cordoba were evacuated and seven people lost their lives after more than 300 millimeters of rain fell on the province within 12 hours. The flooding was described by Provincial Governor José Manuel de la Sota as a "tsunami that fell from the sky."

© AP Photo / Richard Drew
Shocking Sea Level Rise Off New York Promises Future Floods
Environmental campaigners attributed the flooding to high levels of deforestation in central Argentina, where forests were cleared to make way for agriculture. "The ‘catastrophe’ is not ‘natural': natural is when rain is filtered gradually to the surface (a sponge effect)," an environmental NGO in Cordoba told the Argentina Independent. "But the higher grounds are being cleared, burnt, and built upon, leaving the ground unprotected and impermeable." According to Greenpeace Argentina, the province retains less than four percent of its original native forests.
...
Reddit
Google+
Blogger
Pinterest
StumbleUpon
Telegram
WhatsApp
23