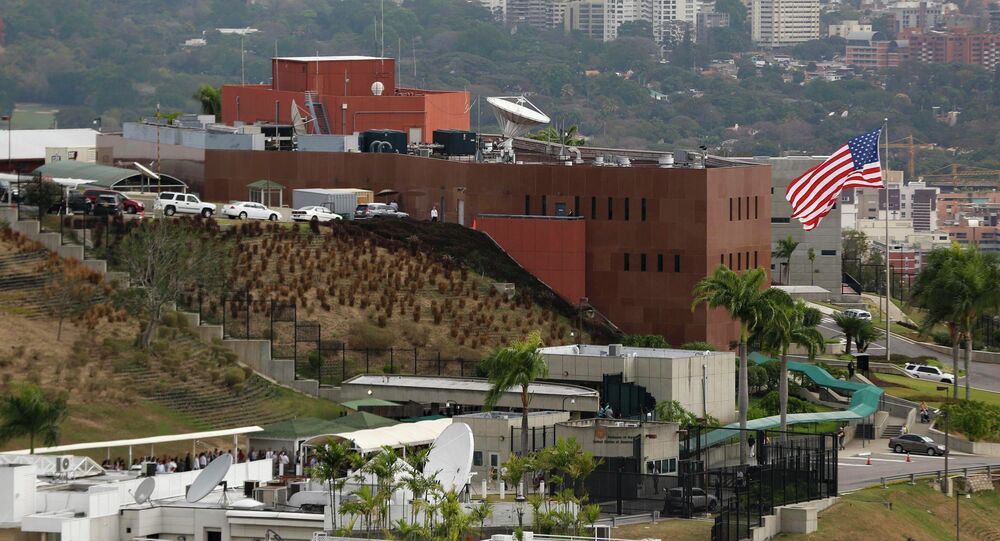 US State Department spokeswoman Marie Harf said that Venezuela did not violate the Vienna Convention on Diplomatic Relations by demanding the US Embassy to reduce staff to 17 people from the current number of 100.

© REUTERS / Miraflores Palace/Handout via Reuters
Maduro Claims Venezuela Detained US Citizens for Espionage
MOSCOW (Sputnik) — Venezuela has the right to cut down the number of staff employed at US Embassy in the country, the State Department spokeswoman Marie Harf said.

On Monday, Venezuelan Foreign Minister Delcy Rodriguez gave the American diplomatic mission a 15-day notice to reduce their staff to 17 people from the current number of 100.

"It is not a violation of the Vienna Convention on Diplomatic Relations for a country to place a limitation on the size of a foreign mission," Harf said, at a press briefing on Wednesday.

© AP Photo / Ariana Cubillos
Venezuela Slaps Entry Ban on Bush, Cheney, Says 'Human Rights Abusers Not Welcome'
Venezuelan president Nicolas Maduro noted that the country's embassy in Washington had 17 staffers and urged the US Embassy to trim down the number of their diplomats in Caracas accordingly.

Maduro has also announced that Venezuela was planning to introduce mandatory visas for US citizens entering the country.