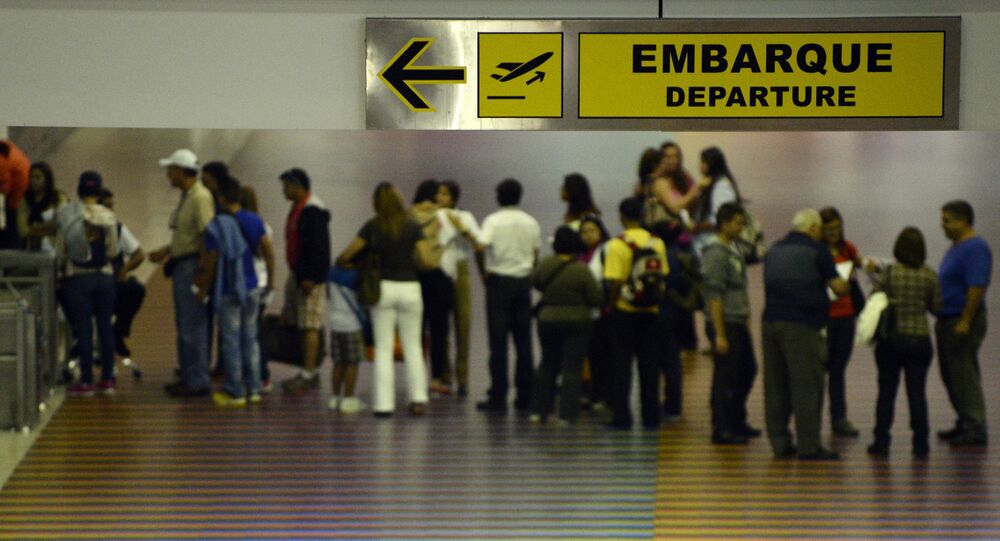 In the interests of parity between embassies, Venezuelan authorities are giving the US Embassy in Caracas two weeks to reduce the number of personnel in the country by over 80 percent, to 17 persons.

© REUTERS / Miraflores Palace/Handout via Reuters
Maduro Claims Venezuela Detained US Citizens for Espionage
Venezuelan officials have announced that Washington has two weeks to pare down its 100-strong Caracas embassy to 17 persons.

"The U.S. government must keep 17 diplomats on our soil and we have given them 15 days to present us a list of those who will remain here," Venezuelan Foreign Minister Delcy Rodriguez noted, following a meeting with US embassy trade official Lee McClenney.

Ms. Rodriguez noted that the compulsory staff reduction would reduce the number of US embassy personnel to the number Venezuela presently has in Washington, DC. The Foreign Ministry and the Ministry of the Interior noted Monday that in the interests of reciprocity, US tourists to Venezuela will now have to apply for a visa to enter the country.

© AP Photo / Ariana Cubillos
Madrid, Bogota, Miami Conspiring Against Venezuela – Maduro
Rodriguez noted that these measures are in line with the principles of international law and respect between sovereign states. "We have called on relations of reciprocity and sovereign equality and we are calling on coherence,” Rodriguez noted.

In her meeting with McClenney, Rodriguez explained that the new measures were part of President Nicolas Maduro's response to US interventionism in Venezuela, which has included statements and actions, including sanctions and restrictions on Venezuelan officials, all ostensibly aimed at undermining the stability of the country's democratically-elected government.

Over the weekend, President Maduro said that his government had detained several Americans believed to be involved in espionage, which led to the decision to carry out several tit for tat retaliatory measures, including embassy and visa restrictions, as well travel bans on several top Republican Party officials, including Senator Marco Rubio and former Vice President Dick Cheney.

US officials will also now be required to ask permission to meet with opposition groups; the ruling United Socialist Party believes the US has been assisting right-wing extremists who aim to foment unrest. President Maduro had earlier accused Washington of plotting to overthrow him via the bombing of the presidential palace, accusations which US officials brushed off as "ridiculous."

US Denies Involvement in Plotting Coup Against Venezuela