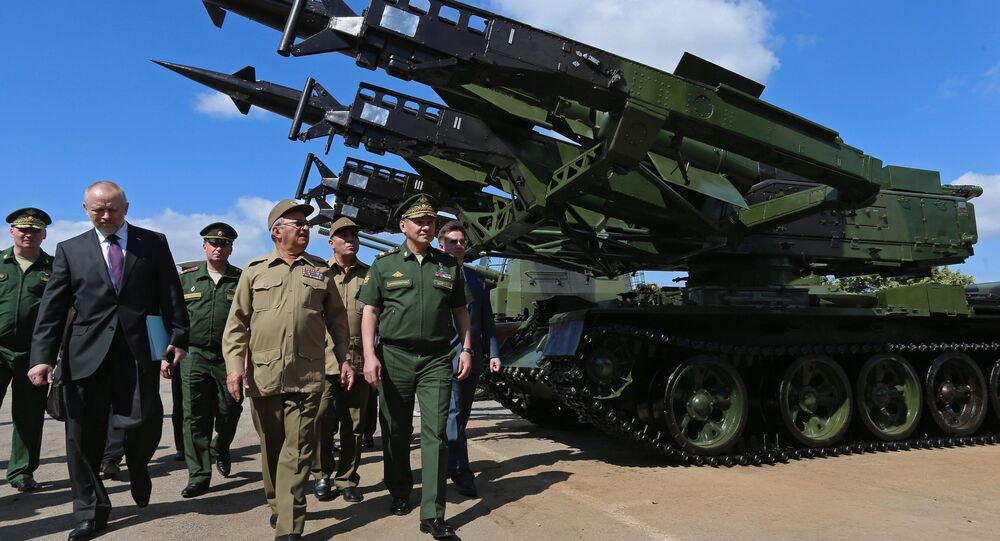 Russia Has No Plans to Create Military Bases in Latin America

Deputy Minister of Defense Anatoly Antonov told Russian media on Sunday that despite increased military and military-technical cooperation with countries in Latin America, Russia has no plans for military bases in the region.

© Sputnik / Yuri Nikolayev
Russia,Nicaragua Agree Simplified Port Entry Protocols for Russian Warships
The Russian Ministry of Defense is working with its Latin American partners to create a series of logistical support points, but has no plans for the creation of military bases, Deputy Defense Minister Anatoly Antonov said on Sunday.

"What we are talking about is helping [Russian] ships on long-distance missions, to provide them with water, provisions, places for their personnel to rest, and naturally, repairs for their ships, if necessary," the minister explained.

Russian Defense Minister Sergei Shoigu wrapped up his three-day tour to Latin America in Havana on Saturday, having visited Venezuela, Nicaragua and Cuba. Among the issues he discussed with the statesmen of these countries were military and military-technical cooperation initiatives, as well as an exchange of views on issues of security in the region and around the world.

© Sputnik / Vadim Savitskii
Russia's Military Cooperation With Latin America to Counterbalance NATO Expansion
On Thursday, Shoigu's visit to Caracas included an agreement to participate in joint air defense and artillery drills, and negotiations on Venezuela's transition toward a new army logistics supply system, with Russia's assistance. On Friday in Managua, Shoigu signed an agreement on simplifying the visit of Russian navy vessels to Nicaragua's ports, and discussed several other military-technical cooperation agreements. Last fall, Russia had announced its intention to provide the country with technical assistance in the construction of a planned interoceanic canal that would serve as an alternative to the Panama Canal. In Cuba on Saturday, Shoigu noted that Russia-Cuba relations are "developing dynamically," and that the two countries have very similar views regarding regional security and the need for global multipolarity.

Russia is actively pursuing defense cooperation with Latin America, which includes the sale of weaponry, construction of naval maintenance and resupply facilities, as well as the occasional use of local airbases by Russian strategic bombers on global patrol missions. In December 2014, Russian Deputy Defense Minister Anatoly Antonov said that Moscow plans to increase its military and technical cooperation with Latin American countries via the development of ports and local airports for military use.