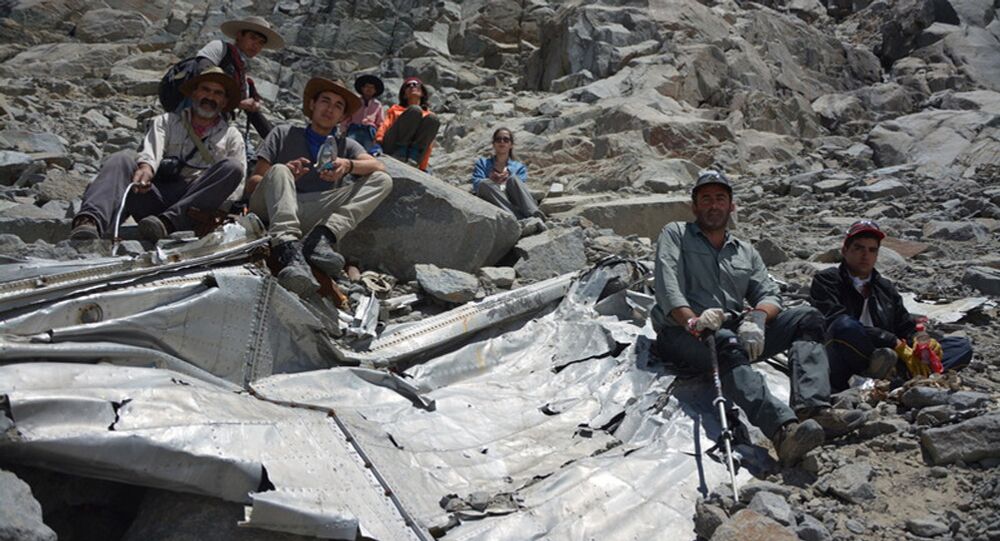 Chilean climbers have allegedly discovered the wreckage of a plane that crashed in the Andes 54 more than half a century ago, killing members of Chile's professional football team.

A group of Chilean mountaineers said that they have found the wreck of a plane crash that killed all those on board in the Andes 54 years ago, including eight Chilean football stars, according to local media outlets.

The group said they tracked down the wreckage at an altitude of more than 10,000 feet about 215 miles south of the Chilean capital Santiago.

"Quite a bit of the fuselage is still there, a lot of things scattered over the area including human bones. So this story is getting a rewrite since this is not where original accounts said," one of the mountaineers said.

The climbers declined to give out the exact location in order to allegedly prevent the crash site from being desecrated.

The Douglas DC-3 plane with 24 people on board, among them   eight members of the top-division Chilean team Green Cross, disappeared on April 3, 1961.

Symbolic funerals for the missing players were held in Chile after rescuers spent fruitless weeks trying to spot the plane.

The tragedy terrified the sporting world at the time, becoming one of the greatest unsolved mysteries in Chile's history.

Mass Protests Erupt in Chile after Premier of Pinochet Film

Chile Rocked by 6.5 Quake - No Casualties