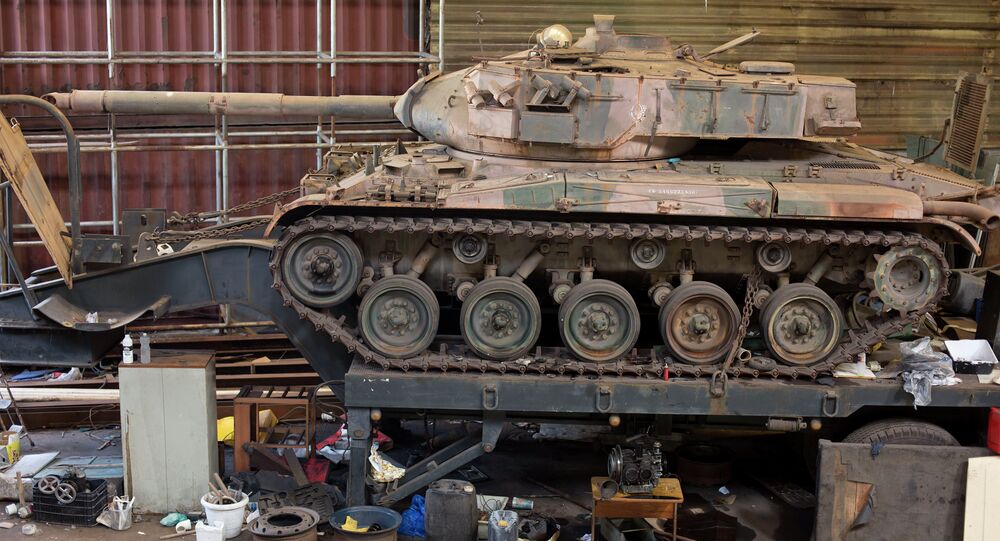 The tanks were found in a warehouse in one of São Paolo districts and are assumed to be US-made M-41 models.

MOSCOW, January 28 (Sputnik) - During a raid to recover a number of hijacked vehicles and cargo in São Paolo, Brazilian police made a discovery beyond their expectations, namely, two war tanks, AP reported on Wednesday.

The tanks were found in a warehouse, located in Sacoma, a poor district in Brazil’s capital. The police also seized 500 TV sets, vehicle parts and a lately stolen lorry.

"It is unusual, to say the least, that police officers searching for stolen goods and cars, instead find two tanks," Brazilian police representative, Lt. Andrei do Carmo, told the Globo TV.

No official comments have been made on the type of tanks or their age yet. However, they are assumed to be US-made M-41 models.

In a telephone interview, a police officer said that the sons of the warehouse's keeper claimed that tanks were acquired in an auction in 2003 in accordance with all legal requirements. The men also said they possess all necessary documents to prove it.

A military representative confirmed that the tanks were likely to have been sold off in an auction, adding the military vehicles did not possess any weapons or engines, according to AP.

US Approves $3 Billion Sale of Tanks, Armored Vehicles to Iraq

Tanks, Army Concentrate in Cairo Ready to React in Case of Riots