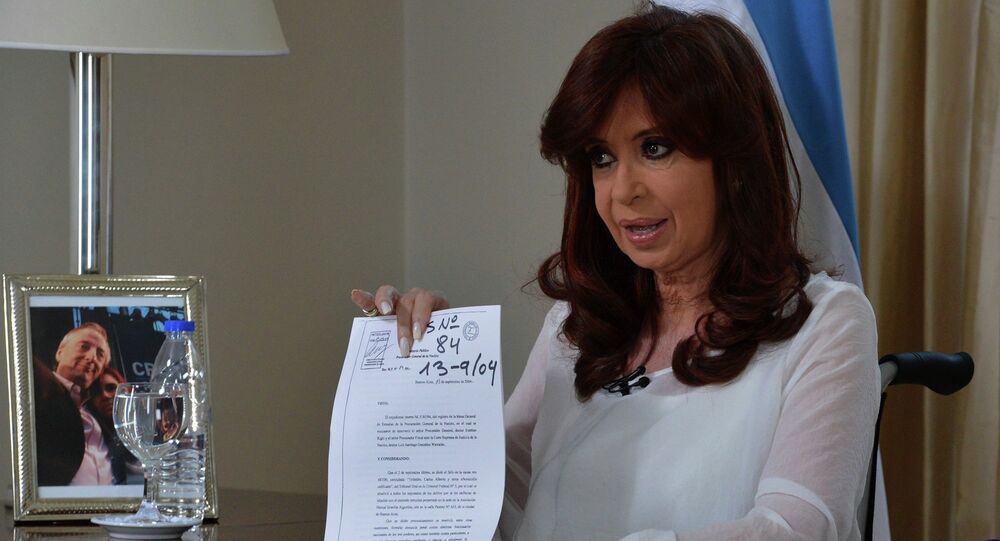 The President of Argentina has announced plans to dissolve Argentina's intelligence agency as speculation grows agents were involved in the death of a prosecutor who was planning to expose the top level officials.

Alexey Danichev
Argentina’s President Reports Receiving Threats From IS Militants
The announcement comes amid suspicions that the spy agents were behind the mysterious death of a state prosecutor investigating the 1994 bombing of a Jewish community center.

Alberto Nisman was found dead with a bullet to his head. He died on January. 18, just a day before he was due to appear in Congress claiming that Fernandez conspired to stop his investigation as he had direct allegations against the president, reports Reuters.

As outcry over the death of Alberto #Nisman continues, #Argentina's gov shifts the blame to the intelligence agency http://t.co/zZvd3FYWal

Before his death Nisman said that Fernandez opened a secret back channel to Iran to hide Tehran's alleged involvement in the AMIA center bombing in 1994 that killed 85 people. Fernandez rejected the claim calling it absurd. Similarly, Iran repeatedly denied any link to the bomb attack.

Fernandez said on Monday night she would send Congress a bill creating a new security body that would be more transparent.

"We need to make the intelligence services more transparent because they have not served the interests of the country," said Fernandez.

The scandal around Nisman's death has created mayhem in Argentina just 10 months ahead of a presidential election. By law Fernandez cannot seek a third term.