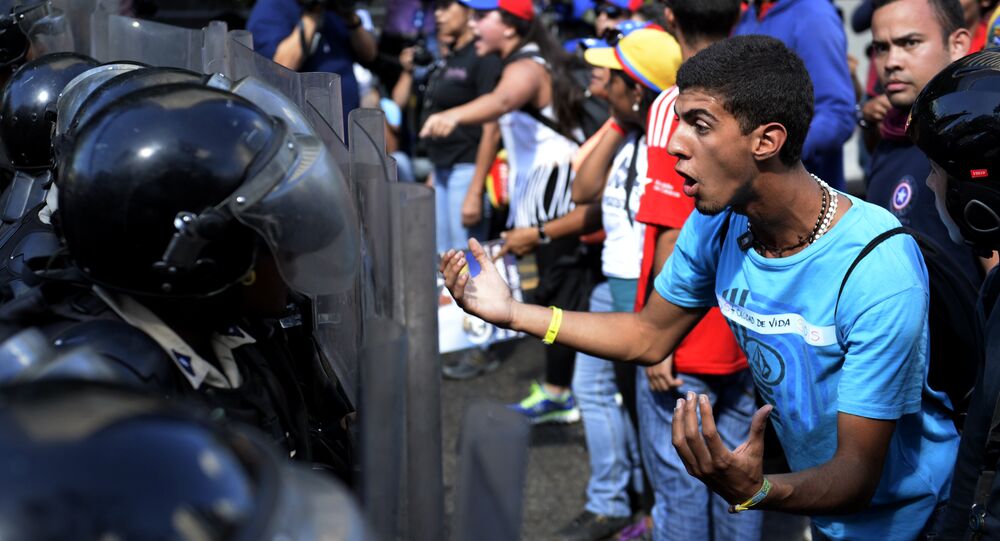 According to BBC Mundo, the march attracted thousands of people and was attended by Governor of the Venezuelan state of Miranda, Henrique Capriles, who is one of the main leaders of the opposition.

© REUTERS / Jorge Silva
Demonstrators who support the opposition shouts slogans near people who were lining outside a supermarket to buy basic goods when it closed shortly for the day due to the ongoing protest in Caracas January 24, 2015

Rallies were also held in other Venezuelan states, including Zulia, Sucre and Carabobo, BBC Mundo said.

In December, US President Barack Obama approved sanctions on Venezuela, targeting individuals who are allegedly responsible for human rights violations during February protests against the government of Venezuelan President Nicolas Maduro.

Maduro Calls on US to Respect Venezuela During Meeting With Biden: Reports