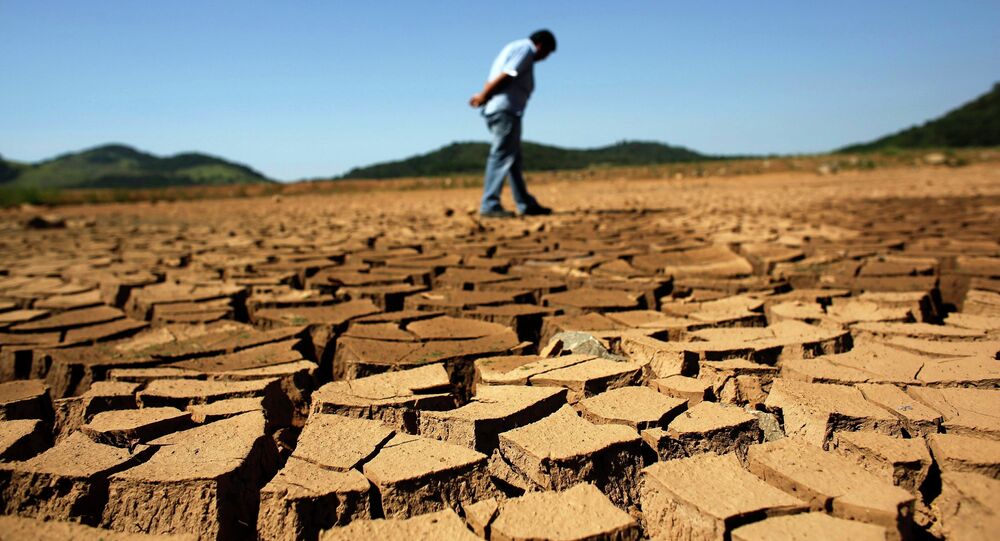 © AP Photo / Leo Correa
Protesters Reportedly Clash With Police in Sao Paulo Due to Rising Fares
MOSCOW, January 24 (Sputnik) — Brazilian ministers end an emergency meeting at the capital’s presidential palace, following a water crisis that began in the most populous state of Sao Paulo, causing the worst drought seen in the south east region, in the last 80 years, the BBC reported Saturday.

“Since records for Brazil's south-eastern region began 84 years ago we have never seen such a delicate and worrying situation,” the country's Environment Minister, Izabella Teixeira, was quoted as saying by the news outlet, following the emergency meeting in Brasilia.

Teixeira warned that the state of Sao Paulo, Minas Gerais, the second most populous state, and the city of Rio de Janeiro, must save water.

Rising temperatures and inadequate waterfall have led to power cuts and water rationing affecting millions of people in Sao Paulo. Agriculture has also been negatively impacted by the drought. Growers of Arabica coffee, a key export commodity for Brazil, said rain in 2014 was half the usual levels, which saw production fall by 16.1 percent in that year, according to Brazil’s official Conab crop bureau.

Meanwhile, Sao Paulo's Governor Geraldo Alckmin, has began imposing charges on high levels on water consumption and offering discounts to those who reduced water use, as well as limiting the amount of water consumed by industries and farmers from rivers, as reported by the BBC.

Brazil Recalls Ambassador to Indonesia Over Execution of Its Citizen