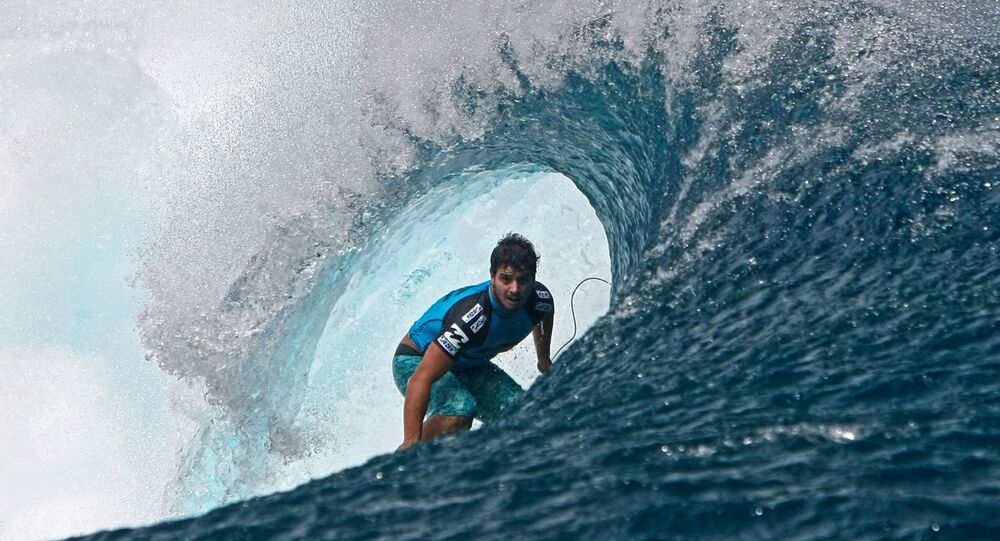 Brazil’s famed surfer Ricardo Dos Santos died after being shot by an off-duty police officer outside his home in the country’s south.

The investigators said Santos, 24, was shot three times in the abdomen on Monday in front of a home on the Guarda do Embau beach, near Florianopolis. The policeman who shot the unarmed Santos claimed he acted in self-defense.

Dos Santos, who reportedly suffered a perforated lung and kidney, was flown to a nearby hospital in a critical condition, but died the next day, The Sydney Morning Herald reports, citing the medics.

© REUTERS / Eric Thayer
Muslims to ‘Take a Stand’ Against Police Brutality at Philadelphia Rally
According to one unconfirmed report, dos Santos ran across a group of drugged people on the way to the beach outside his home, and was shot during a confrontation that ensued.

A 25-year-old man and his 17-year-old brother were arrested by police, with the former identified by local media as an off-duty police officer.

The investigators offered few details, as the probe into the matter is ongoing. The suspect is in police custody but has not yet been charged.

Dos Santos shot to surfing stardom when he won the 2012 Billabong Pro in Tahiti on the notorious Teahupoʻo reef break.

He also grabbed the top award for Most Committed Performance at the same event, and the following year came on top of the Wave Of the Winter event for a huge barrel he caught at Hawaii's Pipeline.