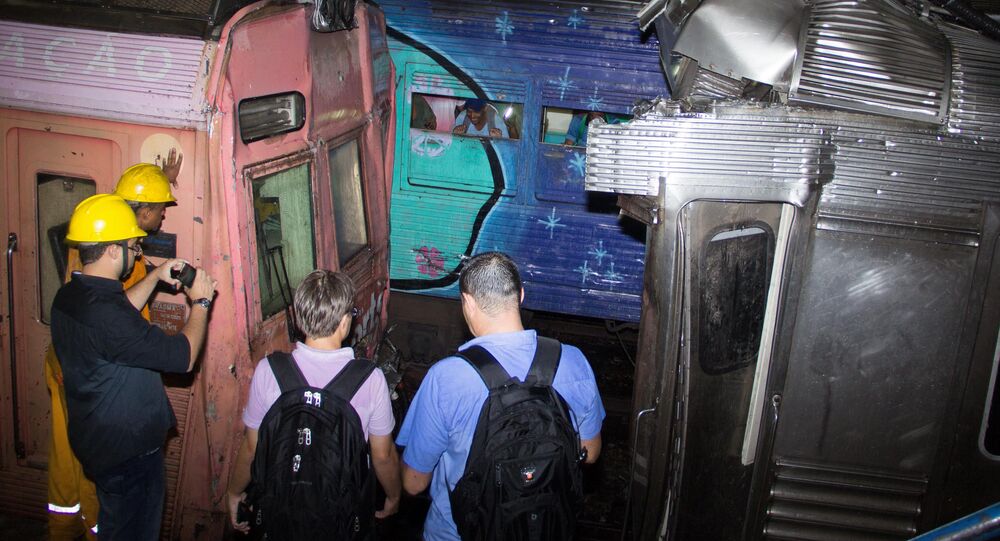 The number of injured in trains crash in the Brazilian state of Rio de Janeiro reached 229.

The collision occurred on Monday about 8:20 p.m. local time (22:20 GMT) in the municipality of Mesquita, when a train ran into another one that had stopped at a station. No fatalities and serious injuries have been reported, as the train was moving at a slow pace.

© Sputnik / Sergey Pyatakov
At Least 140 Injured in Brazil as Commuter Trains Collide
Earlier on Tuesday, the news outlet reported 158 injuries. Most of them were hospitalized with minor injuries, the state's transportation chief Carlos Osorio said earlier in the day, O Globo reported.

Osorio noted that the trains were not new, but were not planned to be replaced and expressed hope that the investigation would shed light on what led to the crash.

Local police have already launched an investigation into the accident and are currently examining photos obtained from cameras installed at the station, according to the news outlet.

At Least 140 Injured in Brazil as Commuter Trains Collide

8 Dead, 23 Injured as Bus Falls Into Ravine in Brazil