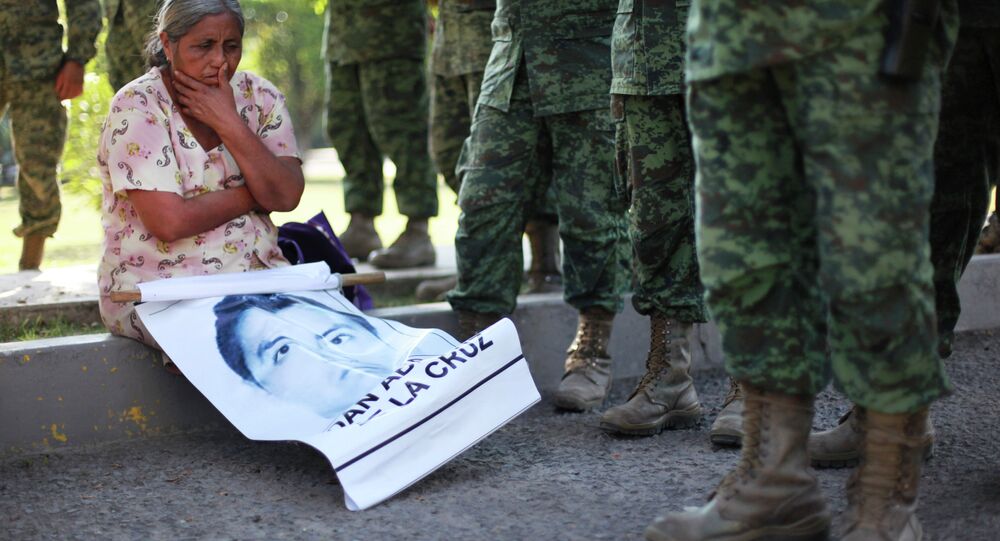 According to Mexico's federal prosecutors, 16 members of the police force have been placed under arrest over alleged involvement in the abduction and killing of 43 student protesters.

According to declarations made by members of the Las Zetas drug cartel, cited by the National Security Archive (NSA), the officers acted as “lookouts” for the gang, aided “the interception of persons” and turned a blind eye on Zetas’ illicit activities.

The information appeared in a memo sent by the Mexican Attorney General’s Office to NSA, after the former requested the information under Mexican transparency laws.

© REUTERS / Jorge Dan Lopez
Parents of Missing Mexican Students Demand Search for Children Continues
Around 72 migrants were pulled off buses in San Fernando and killed in August 2010, while 193 bodies were found in 47 clandestine mass graves the following year. Las Zetas were responsible for both massacres.

These new revelations are reminiscent of the incident of the forced disappearance of 43 students in September, which has sparked outrage across Mexico. On September 26, a bus of students heading to a peaceful protest in Iguala, Mexico, was intercepted by the local police. Six people died in the initial conflict, 43 were then handed over to a criminal gang. The missing young men have allegedly been killed, according to an official investigation report.