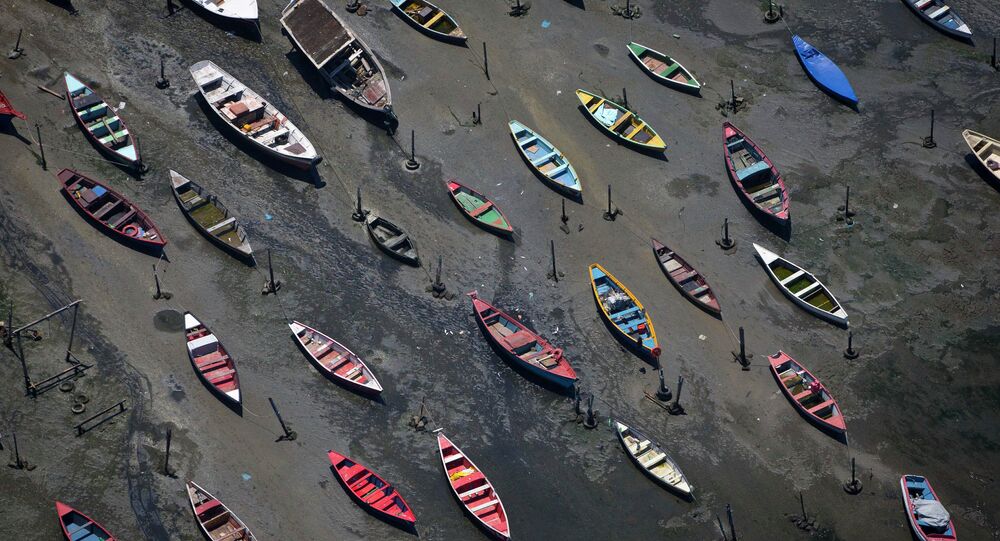 A "super-bacteria" resistant to antibiotics which produce a KPC enzyme were discovered in the river flowing into Rio de Janeiro's Guanabara Bay, the venue of the sailing events at the 2016 Olympics.

© RIA Novosti . Mikhail Fomichev
70% of UK Supermarket Chickens Have Deadly Food Poisoning Bug
MOSCOW, December 16 (Sputnik) — A "super-bacteria" resistant to antibiotics has been found in the river flowing into Rio de Janeiro's Guanabara Bay, the venue of the sailing events at the 2016 Olympics, a Brazilian research institute reported.

Scientists at Oswaldo Cruz Institute (Fiocruz) said bacteria, which produce a KPC enzyme resistant to drugs, were discovered in water samples collected from three locations along the Carioca River, including the point it flows into the bay. The bacteria can cause urinary and pulmonary diseases.

These waters have been designated as the site of Olympic sailing and windsurfing events, raising health concerns. The Flamengo Beach nearby has been declared dangerous for swimmers several times, although many people disregard the warning.

© CC BY 2.0 / TNS Sofres
Scientific Breakthrough to Help Develop Drugs for Resistant Bacteria: Bristol University
To date, there have been no reports of swimmers contracting the super-bacteria, the institute's research coordinator Ana Paula D'Alincourt Carvalho Assef said in a statement.

"Still, the survey results were sent to the competent authorities who can assess the measures that need to be adopted," she noted.

Like other "superbugs," the KPC-producing strain is generally detected in hospitals where antibiotics used to treat illnesses exterminate susceptible bacteria, leading to the emergence of highly-resistant strains that can withstand all known drugs.