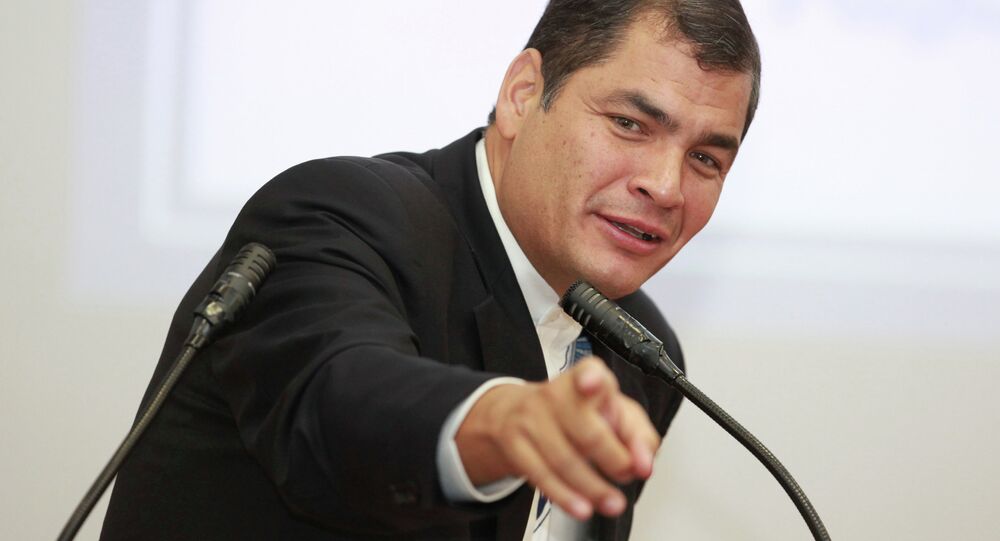 Ecuadorian President reportedly announced that his accounts have been a target of cyber attacks that came from the United States.

MOSCOW, November 23 (Sputnik) – Ecuadorian President Rafael Correa has said he has been a target of cyber attacks coming from the United States, El Universo has reported.

"On Thursday, my accounts have been attacked all day, with the attacks coming from abroad, from a server in the United States," Correa was quoted as saying by the newspaper on Saturday.

According to the president, these attacks were aimed at gaining access to personal data. He noted that the attacks targeted the computers of the people closest to him.

The newspaper added that back in October Correa said that "organized networks" carried out several cyber attacks from Colombia trying to extract information from the government.

In September, Ecuadorian authorities announced plans to set up a Cyber Defense Command, which is to be established by mid-2015. The $8 million of funding was to be used to recruit staff and provide necessary software and hardware.

Ecuador to Allow Indefinite Reelection of President: ‘No Referendum Issue’