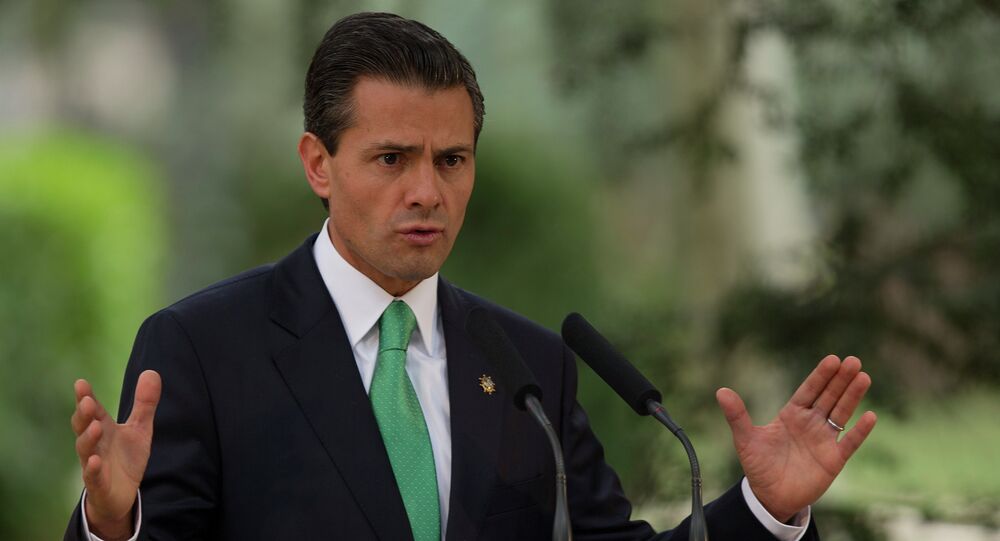 The Mexican President has called the recent protests over the 43 missing students an attempt to destabilize the country's overall situation.

MEXICO CITY, November 19 (Sputnik) — Mexican President Enrique Pena Nieto has said the ongoing protests over the 43 missing students are aimed at promoting instability in the country.

According to Pena Nieto, the protests are in the interests of those who wish to destabilize the country's overall situation. He claimed the demonstrations are mostly aimed at preventing the national project on boosting economic growth that his government has launched.

Protests, which have seen demonstrators attacking government buildings and blocking the traffic among other things, have been ongoing in Mexico since 57 students went missing on September 26 in Iguala in the state of Guerrero.

The students disappeared following clashes with the local police and other unidentified armed people during a protest against educational reforms. Fourteen of the 57 students that went missing returned home shortly after the September 26 clashes were over. Another 43 students remain missing.

Body of Priest Found During Search for Missing Mexican Students