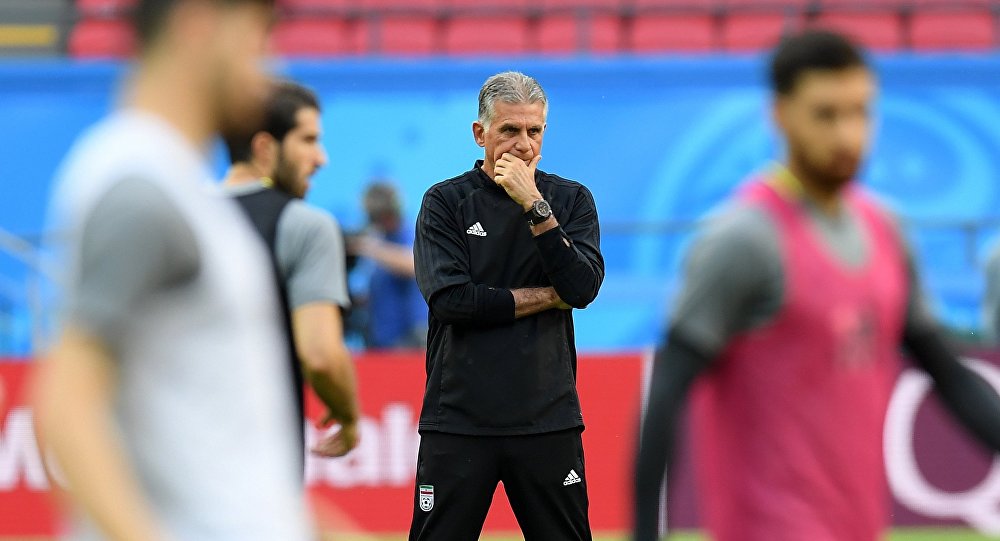 KAZAN (Sputnik) - Iran deserved better result in their World Cup Group B encounter with Spain, their head coach Carlos Queiroz said Wednesday night, as they slipped to a 1-0 loss in Kazan.

“First of all I would like to congratulate my players for the wonderful fighting spirit against a candidate to win the World Cup… We deserved a better result. There is no doubt that Spain played wonderful stylish football, it is what they do, it is their responsibility to play like that, but I think we deserved more, we deserved much better during the game,” Queiroz told reporters at the post-match press conference.

Iran midfielder Saeid Ezatolahi Afagh thought he had equalized through the second half, but his goal was ruled out for offside after the referee consulted the video assistant referee system.

However, Carlos Queiroz argued Wednesday night that his team were still "winners" following their defeat in Kazan.

"I think they started to use this system [video referee assistant system] too late. If they had started to use it earlier, we could have had one goal today… We deserved a better result. Today we are the winners because we've learnt a lot," Queiroz said.

© Sputnik / Anton Denisov
WATCH: 'Iranian Messi' Talks About His Visit to Russia For World Cup
"If they [Portugal] allow us to attack 90 minutes, be sure we'll take it. But this will not happen. They have a great team, great players… We will go for it with great belief and great determination to try to win the game… We left the pitch with a 1-0 score [today], but we won respect of our fans, I'm sure they are proud of our team… None of our players left the pitch with his head down… They can be proud of themselves… We still have chances to qualify for the second round, we fight for our dreams," Queiroz said.

Iran will face reigning European champions Portugal in their next World Cup encounter in Saransk on June 25.