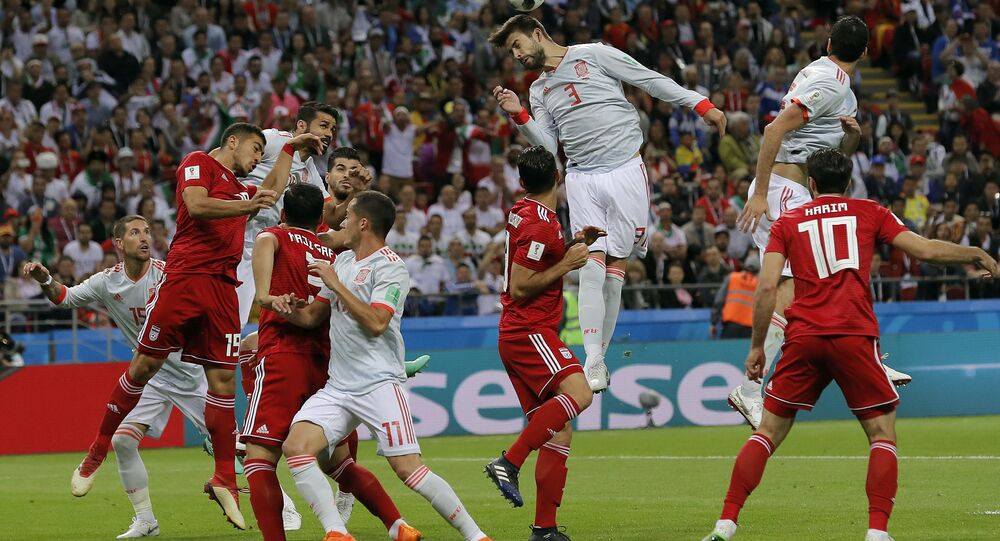 Spain moved in sight of a place in knockout stages of the 2018 FIFA World Cup Following a hard-fought 1-0 victory against Iran in Kazan.

Spain forward Diego Costa scored the only goal of the Group B game nine minutes after the break. The goal was extremely unfortunate for Iran, with a defensive clearance hitting Costa and the ball rebounded past the goalkeeper.

Iran midfielder Saeid Ezatolahi Afagh thought he had equalized midway through the second half. However, it was later canceled out for offside, after the referee consulted the video assistant referee system.

The result means Spain and Portugal are level at the top of Group B with four points, while Iran are a point further back on three. Morocco are bottom of the group without a point and have been knocked out of the tournament.

#IRN 0-1 #ESP
Diego Costa Gives Spain The Much Needed Lead. Stands For The Team Yet Again.

Didn't Expect Iran To Give Them Such A Tough Fight. What's Wrong With This #WorldCup? 🤔#IRNESP #IRAESP #WorldCup2018 #FifaWorldCup18 #España pic.twitter.com/6pOfk5Pz3k

"Happy centenary, Gerard Pique! Today [you] celebrate one hundred games defending our side," the team said via their official Twitter account. The 31-year-old defender was also named in the starting line-up.

Spain will face Morocco, and Iran will take on Portugal in their final group games on June 25.