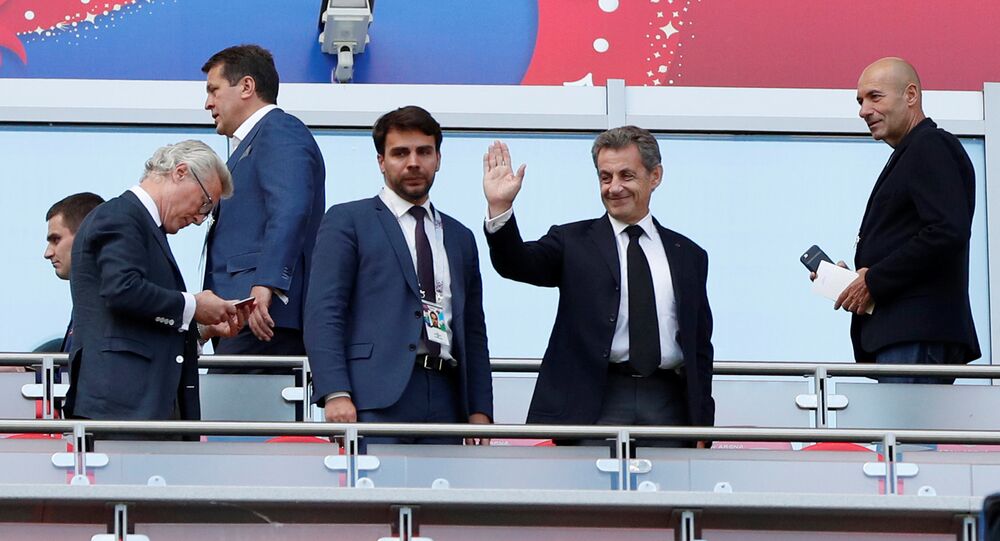 "I am happy for Russians who got such a wonderful… opportunity to host the World Cup. I visited Moscow yesterday, today I'm in Kazan, the atmosphere is fantastic," Sarkozy said as quoted by the press service.

According to the message published by the press service, Sarkozy said that the World Cup was an "amazing event" and football helped "uniting people" during his meeting with Tatarstan Republic’s President Rustam Minnikhanov.

READ MORE: Eyes on the Price: Germany in High Spirits Ahead of World Cup Match With Mexico

© REUTERS / Sergei Karpukhin
'Teams Know We Can Beat Anyone': Iceland's Sigurdsson on World Cup Bid
Sarkozy arrived in Kazan, Tatarstan Rebulic, in order to attend the World Cup match between France and Australia, which took place earlier on Sunday and ended in a 2-1 victory to France.

The games of the 2018 FIFA World Cup will be held at 12 stadiums across 11 Russian cities till July 15, with the 45,000-seater Kazan Arena set to host six matches, including a quarter-final.