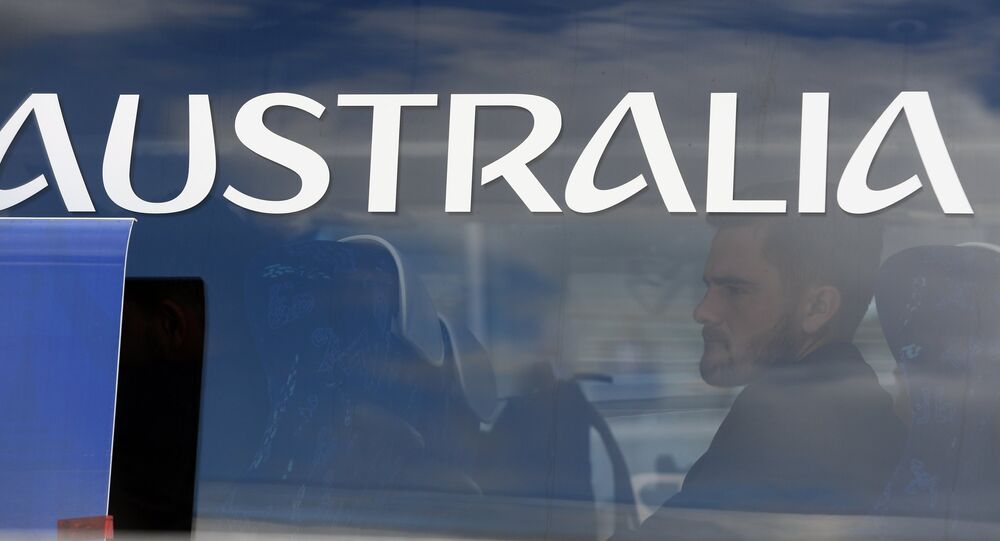 KAZAN (Sputnik) - Australia defender Josh Risdon said that he had postponed his honeymoon because he was busy preparing for the FIFA World Cup, which will kick off in Moscow on June 14.

"A honeymoon is a very special moment, but if there is something more important for me now it's the World Cup. My wife fully supported me. After our wedding, I went to the national team to prepare for the World Cup. After the tournament, we will spend a couple of weeks together. But, anyway I am very happy now," Risdon told journalists.

The Australian national football team was impressed by the fact that more than 3,000 fans came to watch their first training session in the Russian city of Kazan ahead of the FIFA World Cup, Australia defender Josh Risdon said.

"We were all very excited to see so many people at our training. Obviously, we did not expect so many spectators. We are very happy with everything we have seen in Kazan so far," Risdon told journalists.

Josh Risdon up today: “I won’t change my game too much against France… but we have to be wary how dangerous they are. Especially on the counter attack…. it’s an exciting time for myself, getting married and now the World Cup”. #WorldCup2018 pic.twitter.com/ARg1jW7uNi

© Sputnik / Evgeny Biyatov
Over 5,000 Australians to Visit Russia for FIFA World Cup - Australian Team
According to the team's press service, the training session on Monday was attended by 3,212 fans.

Russia's first-ever FIFA World Cup will be held between June 14 and July 15 at 12 arenas in 11 cities across the country.

Australia will face 1998 champions France in Kazan on June 16, before playing Denmark in Samara on June 21 and Peru in Sochi on June 26.