In Russia’s westernmost city of Kaliningrad, fans are accumulating and they’re raring to go. It’s England versus Belgium, on a hot afternoon, and everyone’s dressed up to the nines. Face paint melting off their faces, this motley crew is a medley of red, white and yellow.

It is blatantly obvious which fans have arrived specifically for this match, crossing the border with Poland this morning, and who has been tailing their team around Russia for the previous two matches. The former looks a little more bedraggled from the endless partying, and a slight funk of unwashed socks lurks about them. Still, spirits are high in all camps, as both Belgium and England have already secured themselves a place in the Round of 16.

We collected up some of the happiest supporters and asked them a few questions regarding their fandom.

© Sputnik / Maud Start
Fans ahead of England-Belgium match in Kaliningrad

What do you think is the ratio of England to Belgium supporters here now?

Is this your first World Cup?

Liam, Tipton West Midlands: No, this is our third World Cup.

And what’s been the best so far? 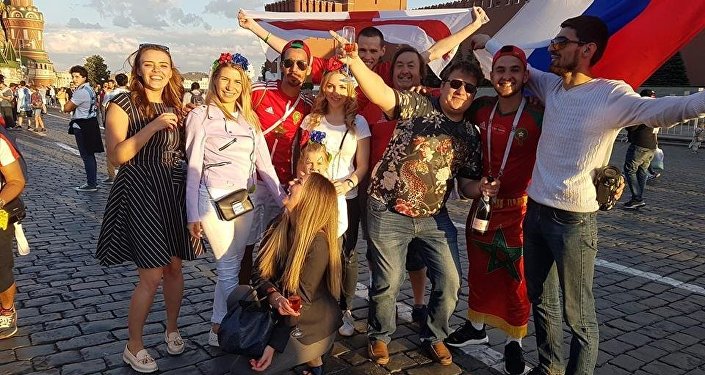 © Sputnik / Maud Start
Brits 'Don't Want to Go to Work' - They Want to Fly to Moscow
Liam, Tipton West Midlands: This one. Definitely this one. Something to do with the friendliness. No trouble. There was a bit of scaremongering, but we’re very happy about the way it’s turned out. We have two Russian lads here from Spartak Moscow; we’re having a crack about the premier league. It’s brilliant!

What do you think the result is going to be today?

Do you have any anecdotes from your World Cup so far?

Chris Peacock, Liverpool: No not really. But I’d like to give a big shout-out to my nan back in Britain. I missed her birthday. Big shout-out to Betty Hollocks, hang in there!

(I think those lads were having me on with those names.)

© Sputnik / Maud Start
Fans ahead of England-Belgium match in Kaliningrad

If you could redesign the England football strip, how would you do it?

Charlie, East London: I would add another lion. Make it four. 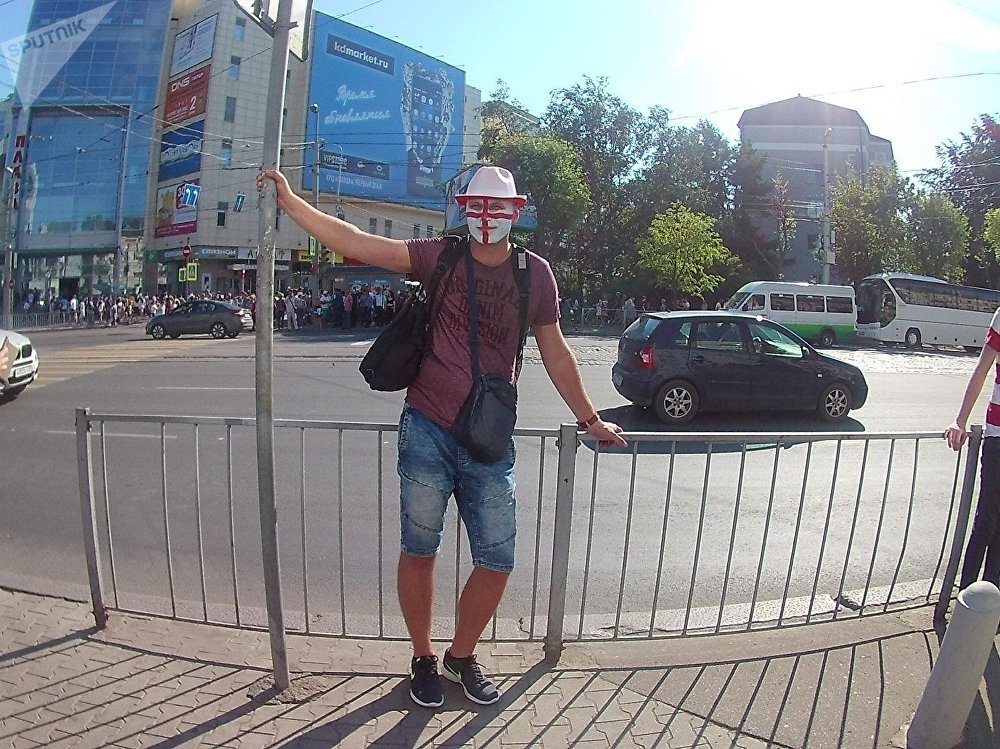 Do you have any lucky-charms that you use to ensure that England win?

Shay, East London: Yeah, me being there. I am the lucky charm. I bring the passion to the team, I’m helping them out. I was actually following Nigeria to be honest. Repping them. Unfortunately, we are out, so obviously I’m supporting my home country now. But we’re going win today, 100% top the group. Football is coming home! 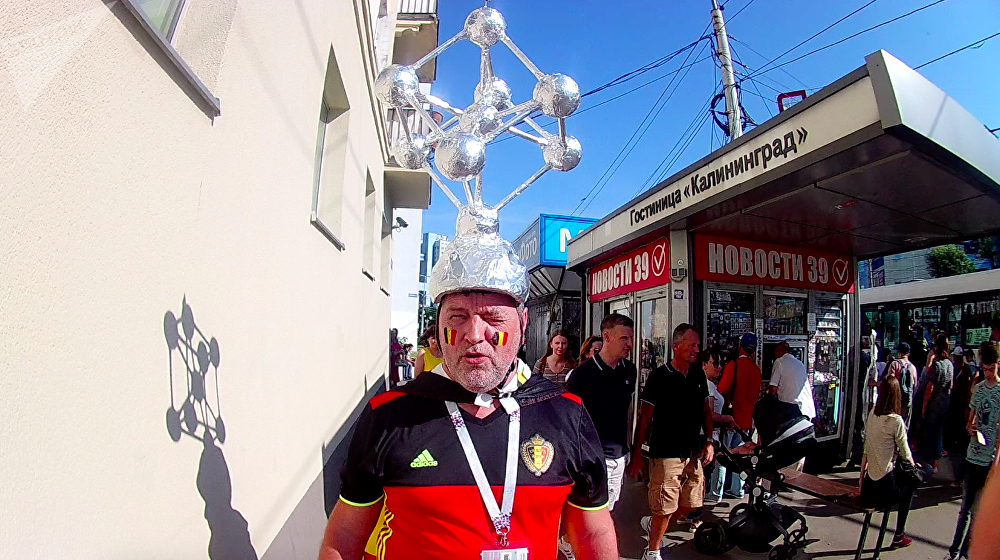 That’s a nice hat! What does it represent?

Titus, Belgium: It is a particle! It represents an atomic particle!

What do you think is the ratio of England to Belgium supporters here now?

Alan Hardy, Nottingham, England: Well, I put it on Twitter earlier that I think it is about 10/1 in favor of Belgium. Which I’m amazed about, because it’s normally England that swamp everybody.

© Sputnik / Maud Start
Everyone is a Winner at FIFA World Cup 2018
I don’t know why they’re not doing that today. I’ve never seen England play Belgium, and I didn’t realize they were so patriotic. It’s fantastic! I’m expecting all the England supporters to turn up shortly.

Do you have any anecdotes from the World Cup so far?

Alan Hardy, Nottingham, England: We’ve only arrive today. We drove over from Poland. But it feels great. It feels almost like it did in Brazil. It has a great party atmosphere. All the locals are really helpful.

Any issues getting over the border from Poland?

Alan Hardy, Nottingham, England: Not really. The biggest issue was getting over the Polish border, which we didn’t expect. We expected them to allow us through fairly easily, and the Russians to be very through. But there were no issues. It took us a couple of hours, but it was fine.
We came over with some Russian guys, who actually had some lyrics for the national anthem, and all the England songs. So, all the locals are supporting England, which is fantastic!

Cheers Alan, but here’s proof that not ALL the locals are supporting England!