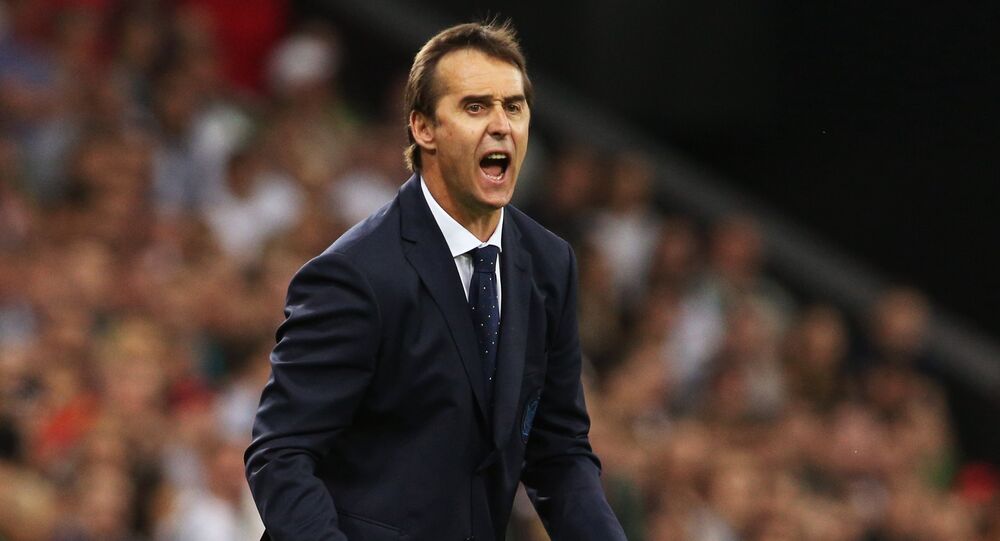 KALININGRAD (Sputnik) - Morocco goalkeeper Munir Mohamedi said on Sunday that Spain has "great players" who could score at any moment but Morocco does not fear anyone.

The FIFA World Cup Group B match between 2010 World Cup champions Spain and Morocco is set to take place at the Kaliningrad Stadium on Monday.

Morocco is currently bottom of their group, after failing to gain any points following their first two matches at the tournament, first losing to Iran 1-0 and then to reigning European champions Portugal by the same scoreline.

"Spain has great players, but we do not fear anyone. We understand that these are players of the highest level and we respect them. They can score us at any time… My teammates and I know that [Spain's David] de Gea is one of the best keepers in the world," Mohamedi said.

At the same time, Morocco head coach Herve Renard said on Sunday that his side had to "save face" in their final group stage encounter with 2010 champions Spain.

"Tomorrow we'll face an opponent of an incredible level… again. This will be a difficult match for us, especially considering the situation that we're in. It's unfair that we are already out of fight for reaching the knockout stage… We need to save face tomorrow, that's the only thing we can do," Renard told journalists.

Renard stated that his team should make their country proud during their final World Cup group stage match against Spain.

"Playing the matches when you are about to leave the World Cup is the hardest thing. But we need to be professionals. We need to give our all to the game psychologically. We should make an effort and play this last match for ourselves. We should do everything we can to make Moroccan people proud of us," Renard told journalists.

© Photo : YouTube/Sputnik
WATCH Moroccan Football Fans Sing in Moscow Subway Ahead of Match With Portugal
The goalkeeper noted that Morocco would still do their best in Monday's match despite having lost their chance to get past the group stage.

Mohamedi went on saying that the defeat in the game against Portugal was unfair because the referee refused to consult the Video Assistant Referee system in some disputable moments that could have turned the game around for Morocco.