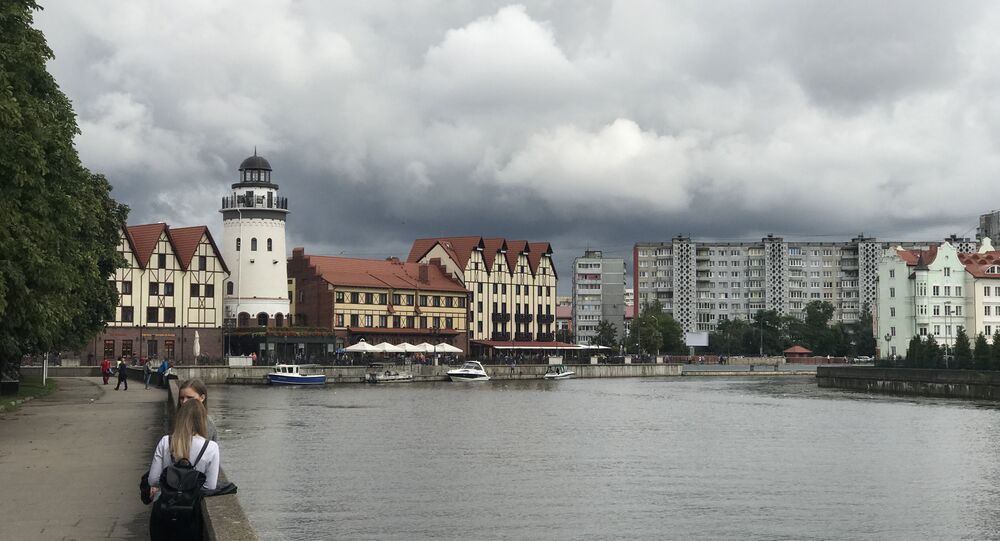 The tiny enclave of Kaliningrad, positioned between Poland and Lithuania, may be home to almost 1 mln Russians, but I would hazard a guess that with the exception of the Russians, the majority of the world’s population would be hard pressed not only to know its name but its location too.

Jason White — Kaliningrad sits on the banks of the Baltic Sea and within mainland Europe, but for many people it may as well be the shadowlands.

Be that as it may, that is all about to change. For Kaliningrad has been chosen by Russia as one of the key cities to hold four group games during the FIFA 2018 World Cup. The potential for over 120,000 additional tourists to the area, in support of their national teams has brought up the idea of how best able to leverage this opportunity to showcase this unique territory to the world and media.

The opportunity seems too good to miss out on and the Tourism Minister has been quick to understand and create a vision that would deliver a whole array of tourist attractions and activities to satisfy everyone making the journey. I visited the enclave to discover for myself what tourist and recreational activities were being built and developed in addition to its historical attractions to satisfy those making next year’s trip as well  in addition to the platform being created  to make the region a desirable, profitable tourist destination in the years to come.

© Sputnik / Igor Zarembo
Russia to Introduce e-Visas in Westernmost Exclave of Kaliningrad in Mid-2019
Kaliningrad has a peace and serenity to it. Quaint came to my mind having toured the region over the past few days. I quizzed the Tourism Minister on his determination for delivering such optimistic tourist infrastructure and activities at our press conference. Yes, Kaliningrad retains its historical tourist attractions, it produces 90% of the world’s amber, mined from a huge and breathtaking quarry that is beyond belief. Historically it was inhabited by tribes of Old Prussians. The tribes were divided by the rivers Pregolya and Alna.

The Teutonic Knights conquered the region and established a monastic state. The architecture of its cottages, buildings and monasteries are clearly determined by its Prussian and German roots. During my stay in the enclave the debate whether Kaliningrad was Russian Europe or European Russia raged throughout my visit.  For me it didn’t really matter because it held its own identity with a defined expression.

Sputnik spoke to Olga Soloviova, who has lived in Kaliningrad all her life and works for the state travel agency Rosturism. An agency that, she says, will see increased work in 2018. And as the city began to prepare for the upcoming events in 2016 and 2017, when they began building long promenades on the banks of the Pregolia River and its tributaries, which cross the city, to welcome the thousands of fans who will walk through them.

Not only are the roads being resurfaced and long and pleasant paths being built, but they are also improving access roads between the winding streets of its old town. In addition, to the restaurants with typical regional delicacies  new dishes of haute cuisine have been added. Kaliningrad knows — and those who are fortunate enough to visit the place should also know — that the north is the envy of Russia proper with its beaches and the Baltic waters that bathe them.

© Sputnik / Igor Zarembo
World Cup 2018 Stadium Construction Ahead of Schedule in Russia’s Kaliningrad
The Minister also elaborated on the new activities and services he planned to initiate and determine.  They included programs such as a beer mile where people could visit several bars. Another program called "night tram", which would deliver fans to events and activities throughout the night and a third program  for couples in love with taking selfies in different romantic locations of the city.

For those not inclined toward football there will be amber and marzipan shopping tours where the delicacy is routinely baked here and made into all manner of design and wonderful creations to please its lovers. Park and ride schemes will also be introduced prior to the competition.

"Right now we are not receiving more tourists than usual, considering that the World Cup is near. Most of them are still Russian, but we expect a big boom next year (…) Above all, we hope to receive visitors from the same nationalities of the teams that will play here," continues Soloviova.

Kaliningrad's beach line is a bit peculiar, it's narrow, but it's very long. In the face of the World Cup, new beaches are rising out of nowhere, the amount of resources being invested in them is spectacular "explains Olga Soloviova to Sputnik on a hill from which the works can be seen.

More than 80 hotels in the capital will welcome thousands of fans, dozens of players and hundreds of journalists and TV channels.
The city is also taking advantage of all its tributaries and there are many boats that both night and day transport tourists through the calm waters. It is, as it were, a kind of Russian Venice.

© Sputnik / Igor Zharembo
By The Hammer of Thor: Vikings Descend on Russia's Kaliningrad Region
10
What’s the weather like? Winters in Kaliningrad are not typically Russian. The minimum temperature rarely drops below zero and usually ranges between 3º C and 4º C. Something that turns the port of the region into the only Russian port on the Baltic that does not freeze in winter.

And what about the brand new stadium being built in Kaliningrad to showcase the final games? Sputnik was fortunate to be granted permission to tour the stadium. A magnificent  achievement of  modern and innovative engineering almost  80% completed. That the stadium will be delivered 6 months before the beginning of the tournament and within budget is a testament to the organizational proficiency of its engineering project management.

A natural amphitheater with steep seating and close proximity to the field itself will create an intimidating atmosphere for those teams whose opposition have superior support. It reminded me very much of stadiums in the UK and I am therefore convinced that the customer/ fan experience throughout the games played will be well received and make for excellent viewing. Kudos to the Russians for not only designing a beautiful piece of engineering but delivering without so much as a hiccup.

I must add that the challenge to this stadium is the one that it faces after the conclusion of the tournament and whether its resource can be effectively and routinely utilized  to gain the maximum revenue that it so richly deserves.  I was assured by our guides that every effort would be made to this end  — we hope it does.

© Flickr / Mindaugas Danys
Russia's Kaliningrad Prepares for Trans-Baltic Bicycle Route Project
And so Kaliningrad did not fail in its bid to impress and surprise myself and my fellow journalists invited specially from “Big Russia” to view with our own eyes the beautiful peninsula, beaches, architecture, forts and quarries, not forgetting its tasty cuisine that will make a visit to Kaliningrad even more surprising and enjoyable.

The real challenge lies not only in the Tourism Minister’s desire to provide a world class experience for the greatest show on earth when it rolls into town in 2018 along with the tourists, but to maintain this momentum  into the following decade.  Whether that can be achieved remains to be seen, there will be challenges to overcome including visa requirements and travel to the country via Lithuania for Russians traveling by car to be continued to be navigated.

What is true is a huge stone will land in the Baltic Sea come next year by way of the World Cup which in itself  will generate many waves reaching outwards to the whole world for 4 weeks where the region will be showcased and marketed.  The challenge is for Kaliningrad to embrace this opportunity to add value not only for the year of 2018 but to use it as a launch pad for the future prosperity of the region and its people for many years to come.

I wish it well in its desire to remain constant and never to be forgotten.  For those waves generated to again diminish once the 2018 World Cup and its tourists have come and gone. Time will tell as they say.

From Samba to Spasibo: Brazilian Fans Start Preparing for FIFA 2018 in Russia

'Uniting People and Countries': FIFA 2018 in Russia Going Without a Hitch