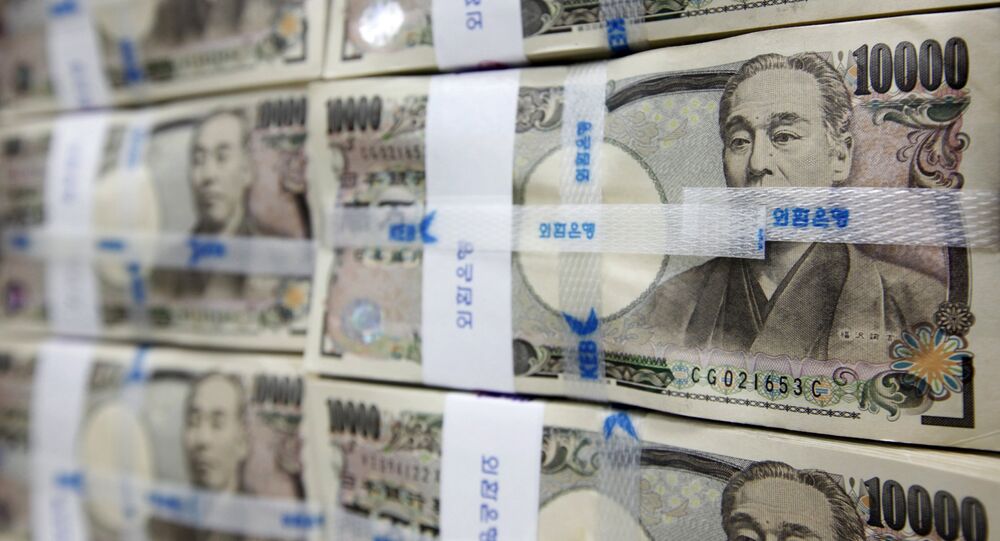 The St Petersburg International Economic Forum is an important platform for Japanese business to compare notes with companies in the European part of Russia, according to the President of the Japan Association for Trade with Russia, Shigeru Murayama. In an interview with Sputnik he explains how COVID-19 affected dealings between Japan and Russia.

Shigeru Murayama, President of the Japan Association for Trade with Russia and the NIS (ROTOBO) told Sputnik his ideas about Russian-Japanese business cooperation during the COVID-19 pandemic.

Sputnik: How important are events such as the St Petersburg International Economic Forum (SPIEF) to your association? What are your plans for the event this time? What goals would you like to achieve?

Shigeru Murayama: There are two important areas for Japanese business in Russia: the first is the European part of Russia with its centre in Moscow and St Petersburg, and the second is the Far East, which is geographically the closest Russian region to Japan. As for the European part, it has a large population and a broad production base, which is particularly attractive to Japanese companies. In other words, it is a promising market for selling Japanese products and for locating production facilities.

The St Petersburg International Economic Forum is an important opportunity for Japanese businesses to share experiences with companies in the European part of Russia and find new partners. Seeking to support such exchange and cooperation, our Japanese association, ROTOBO, together with its Russian partners Business Russia and the Russian-Japanese Business Council, has been holding an annual Russia-Japan Business Dialogue within the SPIEF since 2015. This time it will take place on 5 June at 10.00am. Because of the threat of the COVID-19 pandemic, the Business Dialogue will take place in a hybrid format: partly online and partly offline. As part of the discussion, we plan to exchange views on the prospects of Russian-Japanese cooperation. First of all, we would like to focus on the topics of healthcare, digital, green economy and decarbonisation.

Sputnik: Your association has a long tradition and started to establish trading ties back in the days of the Soviet Union, in 1967. What are the main directions of ROTOBO on the Russian track nowadays?

Shigeru Murayama: The activities of Japan Association ROTOBO to promote and strengthen business relations between Russia and Japan are diverse. Its three main areas are the organisation of business conferences and forums, participation in trade fairs, and information exchange. As for business conferences and forums, as well as the Russia-Japan Business Dialogue held as part of SPIEF, we have taken part in the Eastern Economic Forum since 2015 and held a Russia-Japan Business Roundtable there. Furthermore, in 2019, we participated for the first time in the Open Innovations Forum at Skolkovo: we sent a business delegation from Japan and organised a number of Russia-Japan sessions. Regarding participation in exhibitions, in 2017 our association together with JETRO organised the Japan Pavilion at the International Industrial Trade Fair INNOPROM which is held annually in Ekaterinburg. In 2019 and 2020, we also hosted a Japan booth at the international exhibition of perfumery and cosmetics InterCHARM in Moscow, where various brands of Japanese cosmetics were presented.

© REUTERS / Stefan Jeremiah
Russian Direct Investment Fund Sends Russian-Japanese Coronavirus Test System to US
In future, Japan Association ROTOBO plans to continue activities in these areas to support cooperation between Russian and Japanese businesses. We have been operating a representative office in Moscow since 1991, and if you have any questions or suggestions related to the above areas, you can contact our representative office.

Sputnik: How has the pandemic affected cooperation between Russian and Japanese businesses? Many industries and companies are experiencing difficulties because of restrictions, whereas some businesses related to digitalization, on the other hand, are on the rise. Are there any examples of increasing mutually beneficial cooperation in the last year?

Shigeru Murayama: The spread of the novel coronavirus infection COVID-19 has led to serious restrictions on travel between Russia and Japan and on economic activity in both countries. For this reason, total Russian-Japanese trade (exports and imports) dropped by 22.8 percent in 2020 against the preceding 2019. Japanese exports to Russia decreased by 18.2 percent and Russian imports to Japan fell by 25.2 percent. However, the main decline in Russia-Japan trade occurred between March and August 2020. Since that, we have noticed a gradual recovery and we hope that, in 2021, trade between Russia and Japan will return to positive indicators.

As for future directions in Russian-Japanese trade, as I said earlier, we expect to expand cooperation in healthcare, digitalisation, ecology and decarbonisation.

Speaking of healthcare, a diagnostic and rehabilitation centre run by a Japanese medical institution has opened in Vladivostok. There's a Japanese business In Khabarovsk, working with Russian Railways to set up a Russian-Japanese centre for preventive medicine and diagnostics. In the area of digitalisation, an increasing number of Russian start-ups have presented their projects on the Japanese market in recent years. Another growing trend has been seen in how many Russian IT businesses launch in Japan, including software development for educational purposes.

Furthermore, because decarbonisation trends are increasing worldwide, we have high hopes for cooperation between Russia and Japan in the industrial use of hydrogen, ammonium, CCUS (Carbon dioxide Capture, Utilisation and Storage). In March 2021, for example, “carbon-neutral LNG” produced from Sakhalin-II LNG was sold to Japan for the first time. This is just an example of our cooperation in the field of decarbonisation.