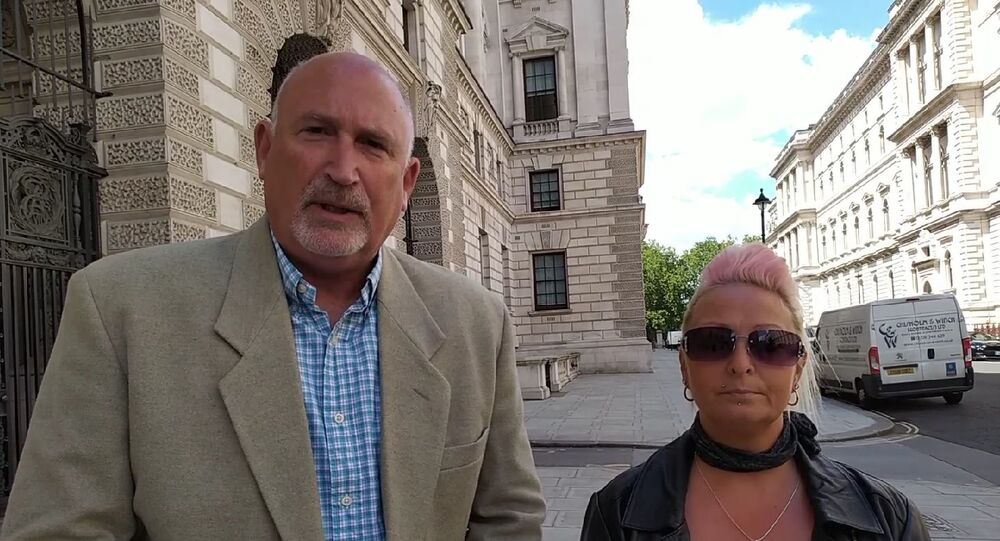 The family of Harry Dunn says that they will not be deterred by the recent Court of Appeal ruling which dismissed their claim challenging the FCO's decision to advise police that the woman accused of killing their son had diplomatic immunity.

In August 2019 a CIA operative's wife, Anne Sacoolas, allegedly killed 19-year-old Harry Dunn as he road his motorcycle near a US Air Force base in Northamptonshire, England. It is believed that she was driving on the wrong side of the road.

Sacoolas, herself also reportedly an intelligence officer, was able to evade criminal charges when the UK Foreign and Commonwealth Office informed Northamptonshire police that she had diplomatic immunity. She proceeded to flee to the United States shortly thereafter and the US government has refused to extradite her back to the UK. Harry Dunn's family recently challenged the FCO's decision at the UK Court of Appeal, arguing that Ms Sacoolas did not in fact have diplomatic immunity and that the Foreign Secretary "obstructed justice" when his office informed police that she did.

Radd Seiger is a personal friend and neighbour of Dunn's family and has known Harry since he was two years old. He is a lawyer by background and an expert in risk avoidance, crisis management and public relations. Mr Seiger spoke to Sputnik, on behalf of the Dunn family, and explained that despite their recent set-back at the UK Court of Appeal their pursuit of justice for their son far from over.

(Editor's note: The Foreign and Commonwealth office was renamed the Foreign, Commonwealth and Development Office in September 2020.)

Sputnik: The last we spoke the Dunn family was seeking a legal determination from the courts that the UK foreign secretary 'Obstructed Justice' by wrongly informing Northamptonshire police that CIA officer Anne Sacoolas had diplomatic immunity. What happened with that judicial review?

Radd Seiger: The Court found in favour of the FDCO [Foreign, Commonwealth and Development Office] and ruled that Anne Sacoolas did have diplomatic immunity at the time of crash and that the FCDO did not interfere in a lawful police investigation.

Sputnik: How did the court justify its decision?

Radd Seiger: As a matter of interpretation of the Vienna Convention on Diplomatic Relations, any waiver of immunity must be express. In the case of her husband Jonathan, there was a pre-waiver of immunity under the 1995 Croughton agreement, so had he killed Harry he would have been prosecuted. The agreement only mentioned officials and made no mention of dependents, which Anne Sacoolas was. The Court therefore ruled that in the absence of a waiver, she enjoyed the benefit of immunity derived from her husband's status as an Administrative and Technical Officer.

Sputnik: Does the Dunn family feel it is receiving the support necessary to obtain justice in their case?

Radd Seiger: The family are so grateful for all the support they have had from the public and media all around the world. They have had a rocky relationship with the FCDO but following intensive discussions between us we are happy that they are right behind getting justice4Harry and are working closely with them. The case is now in the hands of the CPS who we know are intent on ensuring that Anne Sacoolas faces the UK justice system.

Radd Seiger: We are not privy to the discussions in Washington or the reason behind the State Department's position. They appear to have a longstanding policy of never waiving diplomatic immunity for their nationals. We cannot find a single case of them having done so since World War 2. We are very confident however that justice4Harry will be done.

Sputnik: A US State Department spokesperson stated that their decision in respect of the extradition of Mrs Sacoolas "was final" adding that "At the time the accident occurred, and for the duration of her stay in the UK, the US citizen driver in this case [Mrs Sacoolas] had immunity from criminal jurisdiction". What's the response from the Dunn family to this announcement? Is that the end of the line regarding what can be done, legally speaking?

Radd Seiger: Far from it. The statement issued by the State Department yesterday is a rehash of the previous statements. I am involved in intensive discussions in Washington and London to try to secure justice. I am not at liberty to share those with the public at this stage unfortunately but we are confident that the family get the justice they need and deserve.