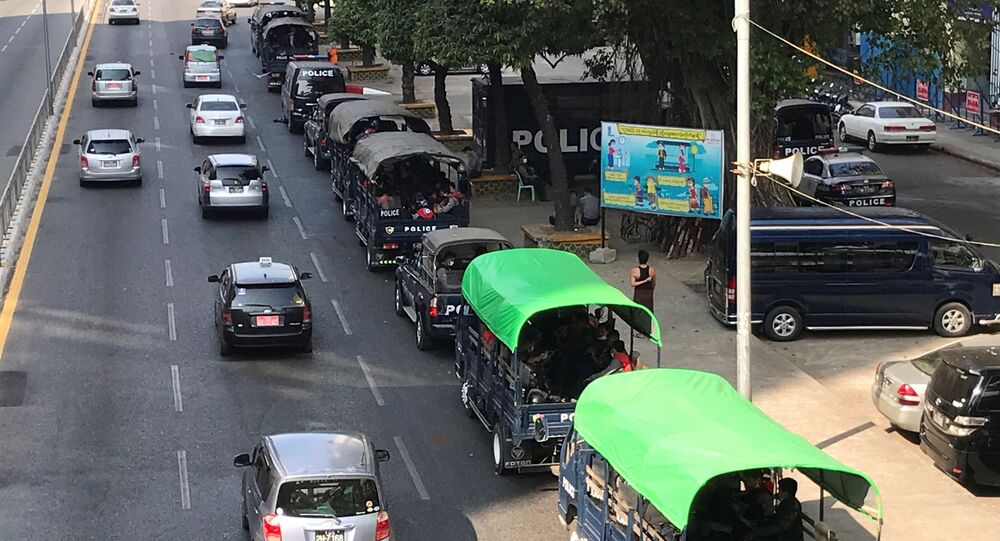 Earlier, Myanmar’s military announced an emergency situation in the country for a period of one year after the detention of State Counsellor Aung San Suu Kyi, as well as President Win Myint and other members of the ruling party.

Soe Myint Aung, the founder of the Yangon Centre for Independent Research and a PhD candidate in political science at the University of Oslo, Norway expressed his opinion on the current situation in Myanmar.

Soe Myint Aung: The 2008 constitution of Myanmar was deliberately designed to give a leading role to the Myanmar military (Tatmadaw) in national politics. The military thus has always wanted to control and cajole the country's transition but it had not been able to, especially in the past five years (i.e. during the NLD-led government's tenure). So, there had been a difficult co-habitation between the government on the one hand, and its antagonist parties and the military on the other.

Following the 2020 electoral outcome, the military increasingly felt uncomfortable and threatened by the prospect of having to live and operate under the NLD and Aung San Suu Kyi. The alleged electoral frauds - or process-related matters - has provided the military with a pretext to intervene in civilian politics. Unfortunately, the NLD government did not seem to realise the seriousness of the military's concerns, thereby failing to address them in a timely manner. Only in the last few days, the government tried to make serious negotiations with a view of reaching a compromise before the new parliament could meet, but this came in too little, too late. The relations collapsed and the military decided to go ahead with the power takeover.

Sputnik: What, do you think, will be the fate of Suu Kyi? Do you expect a civilian pushback?

Soe Myint Aung: Chances are that the military may not want ASSK to hold high-level public offices again. The people of Myanmar love ASSK but it is completely another story with the military elites, especially the top generals.

Sputnik: In your view, what may change in the country under the new military administration?

Soe Myint Aung: As in all military administrations, the Myanmar military government will try to put some order in the country's social and political life. They officially stated that they will re-organise the Union Election Commission and check the voters lists; take actions to prevent COVID-19 and to fix the economy; work on the peace process and hold new elections. The military thus will try to create even more favourable conditions for themselves (as an institution) under the present constitution before they hand over power to a civilian government again. I am not sure if these changes would be good for democracy and democratisation but it was also the military that had initiated and imposed the current transition in Myanmar in the first place.

Sputnik: Do you expect any interference from Myanmar's neighbours or the international powers?

Soe Myint Aung: There would be less interference from the international powers this time because the power takeover did not happen at the height of widespread popular uprisings in Myanmar as in 1988. We do not know how much popular resentment and collective action it will provoke at this stage. Most probably, the public reaction will not be as violent and desperate as in 1988.

Additionally, geopolitical constellations have also dramatically changed due to the rise of China and the US's Indo-Pacific Strategy. These changes are too significant so as not to consider in the policy considerations of the West and Myanmar's neighbours. Most will of course express their concerns but many will also perceive the present conundrum as a domestic problem.