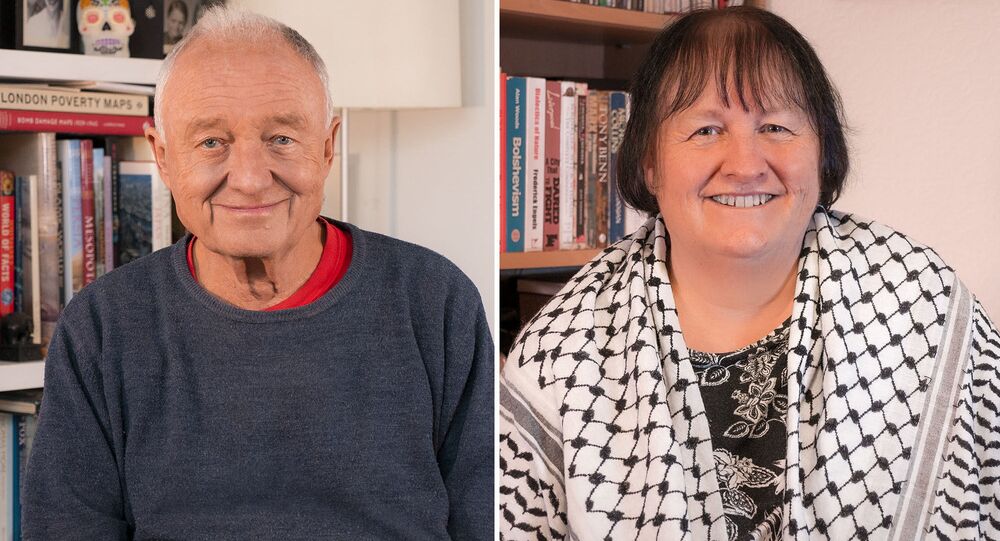 Two former Labour Party politicians will tell a UK court that the Equality and Human Rights Commission report into alleged antisemitism in the Labour Party was, in part, legally unsound, misguided and violates fundamental principles of freedom of speech.

Former London Mayor Ken Livingston and Rossendale borough councillor Pam Bromley have launched a judicial review to challenge what they consider to be flaws in the Equality and Human Rights Commission's (EHRC) report into alleged antisemitism in the Labour Party. The report found instances of discrimination and harassment against Jewish members of the Labour Party, though it has been hotly contested by many members of the rank and file, both Jewish and non-Jewish alike.

Livingstone and Bromley were both accused, by the report, of contributing to alleged "unlawful harassment related to Jewish race and religion". In a statement, Livingstone called the report a "politically motivated attack" designed to de-rail the leadership of former Labour leader Jeremy Corbyn and Bromley warned that the report would undermine the right to free speech, especially as it relates to those critical of the state of Israel.

Sputnik: Explain the nature of the judicial review being brought by Ken Livingstone and Pam Bromley. What exactly is being argued?

Chris Williamson: It will primarily focus on the EHRC’s arguments relating to the definition of harassment under the 2010 Equality Act, and freedom of expression under Article 10 of the European Convention on Human Rights.

“They were producing a report to undermine the Labour Party.”

You can support Ken’s judicial review into the EHRC report here: https://t.co/7CIW47LGKY pic.twitter.com/69Wpg2m0s9

​Ken Livingstone and Pam Bromley will be arguing that the EHRC’s legal analysis was unsustainable, and that there was no lawful basis on which to make its findings, because their conduct didn’t amount to ‘harassment’ and their comments were, in any event, protected under Article 10. For example, politicians are afforded ‘enhanced protection’ under Article 10, but the EHRC report doesn’t even attempt to explain why they decided that Ken and Pam didn’t benefit from this provision.

Sputnik: What do Mr Livingstone and Ms Bromley hope to get out of this if they succeed in their case?

Chris Williamson: They’re seeking to have the sections about them in the report declared unlawful. This will ‘clear their names’ of any wrongdoing and could lead to sections of the report being revised. The consequential impact of that will discredit the wider report by exposing its legal flaws.

Sputnik: Why is the Left Legal Fighting Fund supporting this judicial review?

Chris Williamson: The Left Legal Fighting Fund supports activists, protesters and whistleblowers to achieve justice and to establish legal precedents that have a wider benefit to socialist and anti-imperialist movements. Ken and Pam were targeted by a pernicious campaign waged by a combination of the Israel lobby and apologists for crony capitalism against pro-Palestine and socialist campaigners.

Winning in the courts is one of the most effective ways to combat this continuing onslaught against anti-imperialists and socialists in Britain. With the solidarity and generosity of hundreds and thousands of individual donors, we can fight back against the powerful interest groups seeking to push socialists out of public life. Supporters can donate to the fund via PayPal and Stripe.

Sputnik: Do the implications of this legal action stretch beyond Mr Livingstone and Ms Bromley?

Chris Williamson: Absolutely yes. The implications of this legal action are wide-ranging because the EHRC report is being, and will continue to be, used to chill free speech relating to the State of Israel. By tackling the findings against Ken and Pam, this judicial review will push back against the ongoing assault on freedom of expression against Palestinians and their supporters.

Sputnik: How, if at all, does this case affect everyday people in the UK?

Chris Williamson: There is a pernicious assault on free speech in the UK right now. This is clear from the despicable treatment of Julian Assange for exposing war crimes and the influence of the Israel lobby is another manifestation. That isn’t just impacting via the witch-hunt in the Labour Party, it’s also being used to attack academic freedom as well.

But it doesn’t stop there either. Pro-Palestinian campaigners have lost their livelihoods, and some have even been pushed to the brink of bankruptcy for highlighting the brutal Israeli apartheid regime. The Education secretary is now threatening to cut funding to universities unless they adopt the discredited IHRA examples of anti-Semitism.  So, the tendency of the state to limit free speech has been intensifying and unless we successfully pushback against this, the restrictions will only get more severe, affecting an ever-increasing proportion of the population.  This is a very dangerous slippery slope towards a dystopian future where, as George Orwell once said, telling the truth will be a revolutionary act, and we know how tyrannical governments treat revolutionaries. So, this judicial review could be pivotal in pushing back against overreach by the increasingly overbearing British state.

This article was amended on 15 January 2021 to correct the spelling of Ken Livingstone's last name.