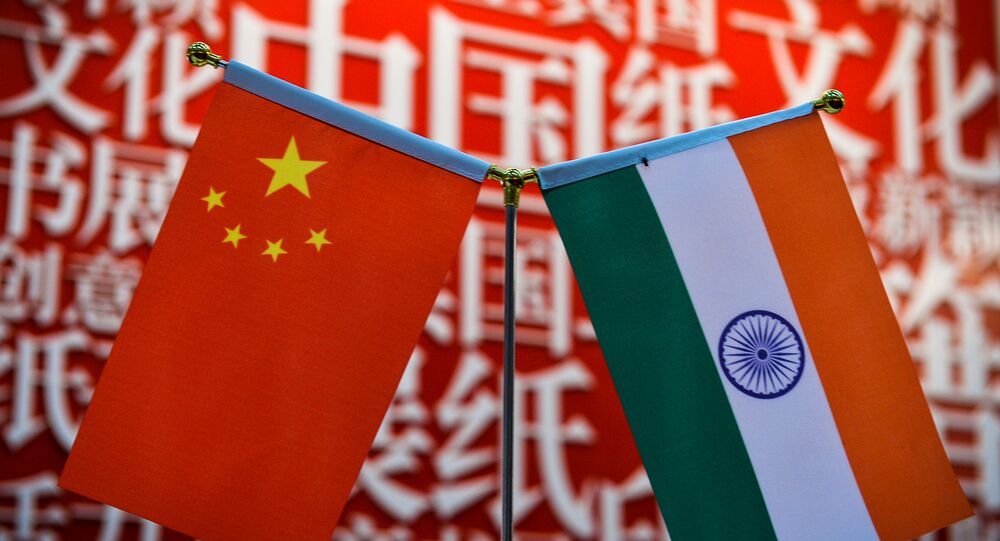 Russia's Ambassador to India, His Excellency Nikolay Kudashev has spoken to Sputnik on a range of issues, including the Asia-Pacific region and how Russia is looking into the relationship with India against the backdrop of New Delhi’s deteriorating ties with Beijing.

India and Russia have moved to elevate their relationship to 'special and privileged status’ on 21 December 2010. Since that, the ties between the two nations have been progressing in a comprehensive and robust manner bilaterally and multilaterally.

Sputnik: When can we expect the annual bilateral summit between Indian Prime Minister Narendra Modi and Russian President Vladimir Putin that was postponed because of the COVID-19 pandemic earlier this year? Will we see some major agreements during the summit including those related to Russia's Sputnik V vaccine?

Ambassador Kudashev: Obviously, the COVID-19 pandemic has affected the schedule of the Russian-Indian bilateral contacts at the highest levels. A lot of meetings eventually took place on-line, including a large number of videoconferences with Russia chairman of the SCO and BRICS in the current year.

Moreover, 2020 was special in our relations since the bilateral strategic partnership with India reached its 20th anniversary and the 10th anniversary of Russia's elevation to "special and privileged status". Together, we joined international celebrations of the 75th anniversary of the end of the Second World War and the foundation of the United Nations. So, we had a lot of reasons to fulfill political contacts with repeating our commitments for collective endeavours for the sake of global and regional stability and sustainable development as well as shaping plans to promote our time-tested friendship and multifaceted co-operation further.

However, “corona-crisis” did not stop our interaction – since March 2020, President Putin and Prime Minister Modi held four telephone conversations and jointly participated in a number of videoconferences, including at the BRICS and SCO Summits under the Russian chairmanship as well as the G20 Summits.

Certainly, we are expecting our dialogue to continue and for delayed summits and other important preparatory meetings to materialise in 2021. Bilateral high-level intergovernmental commissions on trade and economic, scientific and technological and cultural co-operation as well as on defence partnership are among them. Consultations on dates and other modalities are going on.

We are satisfied with the progress with promotion of the Sputnik V – the first ever COVID-19 vaccine – in India, achieved by the Russian Direct Investment Fund and Dr Reddy’s Laboratories. At present they are advancing clinical trials with the view to launching joint production here. Meanwhile, we proceed from the understanding that co-operation in this sphere will expand, and we would expect that this topic will be part of the Leaders’ agenda.

Sputnik: India and Russia are “Special and Privileged Strategic Partners", and it is considered that the two have a good understanding of each other on most regional and global issues. India has acknowledged that its relations with China indeed deteriorated beyond repair. Is this a matter of concern for Russia, considering its cordial relation with both the countries?

Ambassador Kudashev: Indeed, current mistrust between India and China is a matter of concern, but not only for Russia. It is potentially very harmful for the stability in the whole Eurasian space. Ongoing dialogue on different levels between Indian and Chinese defence and foreign ministries is giving some hope, and we have no doubts that these two major Asian neighbours will use their civilisational wisdom to retain a constructive engagement.

But what is especially worrisome, is that some outside players are trying to use this situation in their geopolitical purposes to divide the region.

In this situation we feel it is necessary to facilitate a positive atmosphere to build trust between India and China. Russia is not taking sides, since, you are absolutely right, we maintain a special but independent strategic partnership with both our friends. In this regard, we believe that our co-operation in the framework of the SCO, BRICS and RIC, which offer more opportunities to expand common ground between the participants, is helpful.

Sputnik: Last week, the Russian foreign minister accused the West of playing Quad game with India in response to which New Delhi tried to clarify the nature of co-operation under Quad. Had Russia conveyed this view to the Indian government earlier or was Lavrov’s comment solely based on the recent action by Quad members in the Indo-Pacific region?

Ambassador Kudashev: Russian Foreign Minister Sergey Lavrov’s recent remarks regarding Quad and the Indo-Pacific region are not new – generally, they are based on our approach to regional co-operation in the Asia-Pacific. Earlier this year at the Raisina Dialogue he expressed Russia's reservations in this regard.

In fact, we understand and respect the Indian national Indo-Pacific concept since it is deemed to be inclusive and based on international law. However, there is still a long way to go to make it a truly regional one and, importantly, based on broad consensus. To put it simply, there was no dialogue on that at the commonly recognised platforms such as the East-Asia Summits or others.

Some countries also introduced various Indo-Pacific visions. However, definitions remained similar, and such situation created a misleading apprehension, which was aggravated even more with the focus on a so-called “rules-based order”. The open question is what are those rules, and who is shaping them?

© AFP 2020 / NICOLAS DATICHE
As Trump Adopts a Harder China Line Ahead of US Vote, India Must Lend Full Weight to QUAD - Analysts
Moreover, this artificial similarity was enough reason to launch specific formats such as Quad, which is seen by the western participants as a tool to contain China, and which is being elevated to a high level. Hence, we are facing attempts to create alienation lines, which even threaten to jeopardise basic principles for regional co-operation – ASEAN unity and centrality.

Unlike this approach, Russia upholds its commitment to a broad regional dialogue and unified agenda, equality, respect of interests of all countries and a truly inclusive and undivided regional security. We are looking forward to continuing our consultations with India in this regard.

Sputnik: India bought several weapons, including short range air-to-air missiles, from Russia on an urgent basis during Indian Defence Minister Rajnath Singh’s visit to Moscow earlier this year. Has Moscow delivered all the equipment ordered by New Delhi? Can you provide some details on this?

Ambassador Kudashev: The Indian Defence Minister's visit to Moscow in June this year was very important for a number of reasons, not only from the point of view of the exceptional military and technical co-operation between our two countries.

It was highly appreciated that, despite the COVID-19 pandemic, Rajnath Singh accepted the invitation for the celebrations of the 75th anniversary of the end of the Second World War and the Soviet Victory in the Great Patriotic War (1941-1945), leading the Indian Armed Forces contingent for the Red Square parade.

For us it is a clear reflection that our positions on global affairs are similar or coinciding, including the respect for the UN, which is the centrepiece of the post-WWII international relations, as well as unacceptability to distort history and glorify Nazis and war criminals. In fact, it is a very important background for trusted relations in sensitive areas, including defence.

© Sputnik / Фотохост-агентство
T-80BVM tanks on the march on Red Square during the parade dedicated to the 75th anniversary of victory in the Great Patriotic War.

A significant part of Singh's agenda was to implement the potential of the bilateral defence co-operation. It was an opportunity to review the whole spectrum of ties in this area and reaffirm mutual commitment for a timely accomplishment of deals and contracts.

Some new Indian requirements were also on the table, including more Su-30 and MiG-29 jet fighters and missiles supplies. All initiatives raised by the Indian side are considered in a most constructive way, and if India needs some projects to be expedited, we are doing our best to satisfy such requirements.

Sputnik: Oil and gas has been the primary focus of trade and investment between the two nations of late. What kind of collaborations are we looking at in the near future in this sector?

Ambassador Kudashev: This is a very promising area of co-operation, although we are closely looking at carbon-free energy projects as well, first of all in the area of nuclear power. As you know, Russia is participating in the construction of the Nuclear power plant in Kudankulam here.

As far as oil and gas in particular are concerned, we are moving with confidence towards the expansion of mutual investments. We are encouraged with the interest of the leading Indian companies to enter various projects in the framework of the large “Vostok Oil” cluster covering huge resources in the Russian Far East and Arctic zone. On the other hand, we note successful implementation of the initiatives in the Indian petro-chemical sector.

Our efforts are also aimed at long-term and large-scale oil supplies from Russia to India. We are working on relevant arrangements.