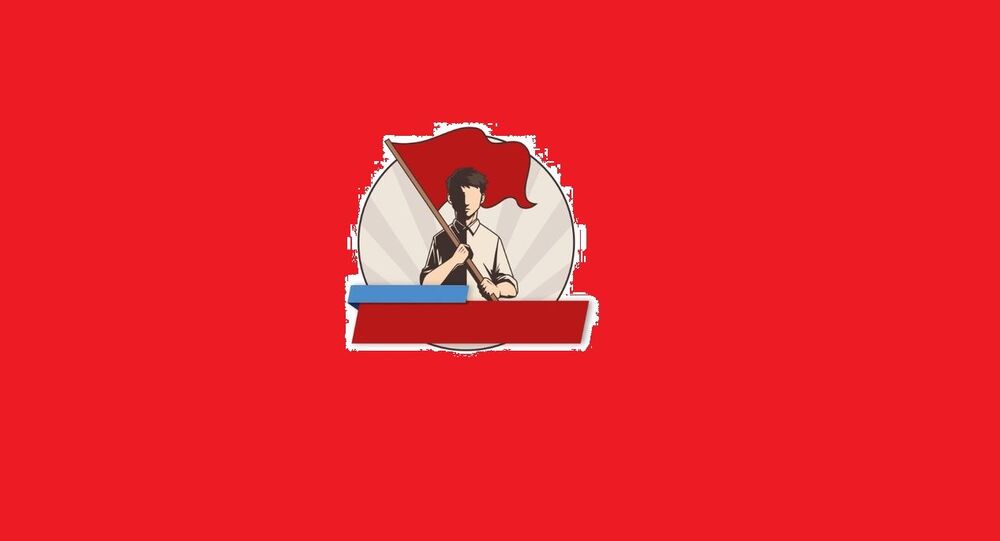 Far from offering an impartial analysis of 'fake news', the Stop Funding Fake News campaign is in fact a politically motivated censorship group, organised by Blairites, that targets the alternative and Left press, an investigative journalist tells Sputnik.

John McEvoy is an investigative journalist who has published with International History Review, The Canary, Tribune Magazine, Jacobin, Declassified UK and Brasil Wire among other publications. Mr McEvoy describes his latest exclusive with The Canary which revealed that the opaque Stop Funding Fake News (SFFN) campaign, was founded by Labour members linked to current Labour leader Sir Keir Starmer.

"Protecting freedom of expression is a noble endeavour; mounting an anonymous campaign to silence ideas you don't like is cowardice", Mr McEvoy says, after describing how the primary target of SFFN was the pro-Corbyn leftist news site The Canary.

Sputnik: What is it exactly that you discovered?

John McEvoy: Throughout much of 2019, an anonymous internet campaign named Stop Funding Fake News was targeting The Canary regarding 'fake news'. In most instances, the campaign was not able to point to the 'fake news' but, with the support of a few z-list celebrities like Rachel Riley, it managed to mount pressure on companies to remove their advertisements from The Canary's website, and thus demonetise its journalism.

Those behind the campaign wished to remain anonymous, per interviews they did with the press, which is obviously a red flag - how can we tell if a campaign is in good or bad faith if we don't know who's behind it, or who's funding it? And its incessant whining on Twitter about political issues - rather than actual instances of 'fake news' - suggested that it was, indeed, acting in bad faith.

It turns out that Imran Ahmed, the CEO of the Center for Countering Digital Hate and of Stop Funding Fake News, is a key player. CCDH is a company which was initially registered on Companies House by Morgan McSweeney - Keir Starmer's chief of staff, and McSweeney did not resign until April 2020. It thus appears that Ahmed was CEO of SFFN and CCDH at the time it was targeting The Canary - linking the Labour right to an effort to, in SFFN's words, 'finish off' The Canary.

This is quite an astonishing attack on the free press and, frankly, cowardly. If someone has a political issue with The Canary's work, there are proper channels to complain - such as via its independent press regulator, Impress. This is why many people who share no political ground with The Canary were quite concerned with what this story revealed, and why many people have since subscribed.

Sputnik: Who have been the main targets of SFFN?

John McEvoy: SFFN targeted a number of news sites - The Canary and Evolve Politics (both of which, as far as I know, are regulated by Impress), as well as a number of right-wing sites - Westmonster, Rebel Media and Politicalite. Based on a statistical analysis of SFFN's lobbying via Twitter, however, we found that SFFN had targeted The Canary over 170 times - about 50 per cent more than any of the other targets. SFFN also highlighted that The Canary was the target with the biggest reach by quite some distance. It thus seemed clear that The Canary was the key target of this campaign.

Sputnik: How did you come to discover what you have about SFFN?

John McEvoy: In an interview with Ed Miliband, Imran Ahmed revealed that SFFN was one of CCDH's 'earlier projects', adding that 'we' shut down Aaron Banks' site early on - in August 2019. This allowed us to establish a link between CCDH and SFFN from the time it was targeting The Canary.

Sputnik: Don't you think that countering 'fake news' is a noble endeavour?

John McEvoy: There's a few concerning things about this relatively recent 'fake news' discourse. Firstly, misinformation and disinformation are not a creation of the Trump era. In fact, governments and powerful interests constantly rely on disinformation to pursue strategic goals - the WMD myth about Iraq being the most significant, criminal example of this in the twenty-first century (which, of course, was lapped up by most of the corporate media). So you've got this absurd situation where liberals are begging either the state or silicon valley to regulate online discourse on our behalf. This sycophancy to power is quite tragic, but also dangerous. Julian Assange is the incarnation of the powerful's attack on the free press - as he said, if WikiLeaks were around during the Iraq War, they may have been able to prevent it by publishing the truth.

Secondly, and this relates directly to SFFN, why on earth would we want a group of people, connected to the Blairite wing of the Labour Party, to define what does and does not constitute 'fake news'? It's laughable - but also perhaps too charitable to them. I don't think those involved are genuinely concerned about 'fake news' - it seems to me to be about silencing ideas that they don't agree with.

Protecting freedom of expression is a noble endeavour; mounting an anonymous campaign to silence ideas you don't like is cowardice.

Sputnik: Why should this matter to the average person?

John McEvoy: If people want media that is not beholden to state or corporate power, it's time to support it financially - the onslaught has only just begun. You can pretty much tell who's doing real, adversarial journalism by looking at who's being targeted by the state or powerful interest groups - The Canary, Declassified UK or The Grayzone, for instance.

Disclaimer: The interviewer is also a contributor to The Canary.