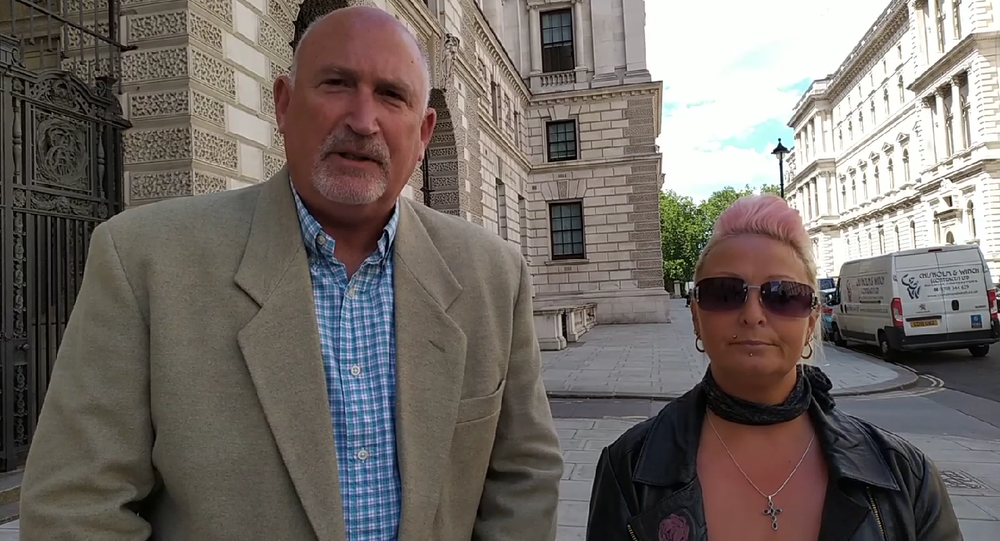 In August 2019 a CIA operative's wife allegedly killed 19-year-old Harry Dunn whilst she was driving on the wrong side of the road. Anne Sacoolas, who is reportedly also an intelligence officer, was able to evade criminal charges when the UK FCO informed the police, apparently incorrectly, that she had diplomatic immunity.

The family of Harry Dunn, who was killed whilst driving on his motorcycle by alleged CIA officer Anne Sacoolas, has initiated legal action against the UK Foreign Secretary for his department's role in allowing Ms Sacoolas to flee the country without facing charges.

Radd Seiger is a personal friend and neighbour of Dunn's family and has known Harry since he was two years old. He is a lawyer by background and an expert in risk avoidance, crisis management and public relations. Speaking on behalf of the family, Mr Seiger explains why they have taken their battle to the British courts and what they expect to gain if they succeed.

Sputnik: Explain the nature of the legal actions that the Dunn family are bringing against public authorities in the UK.

Harry's parents Charlotte and Tim have brought a Judicial Review (where the courts in London review government decisions) against the Foreign Secretary following his decision to tell Northamptonshire Police that Anne Sacoolas had diplomatic immunity following the crash with Harry. That decision effectively brought the police's investigation to a halt. The parents' case is that Anne Sacoolas did not have diplomatic immunity and that the Foreign Secretary obstructed justice in allowing her to leave.

Both governments have stated that Anne Sacoolas had diplomatic immunity. It is the sole reason why the US Government have refused to extradite her so far. The parents are determined to prove that that was not the case. If that is what the Court indeed finds, then she must come back without delay.

Sputnik: When can we expect to get a final decision on this matter?

The Judges said at the conclusion of the hearing that they would deliver their ruling as soon as possible.

Sputnik: How much faith do you have in the system to deliver any form of justice in this case?

Harry's parents have total faith in the English legal system. The judiciary in our country is totally independent from government and we have every confidence that they will make their decision on the law alone without any political interference.

Sputnik: Is there a possibility that criminal charges may arise against members of the British government such as for abuse of power or perjury?

The parents cannot of course bring Harry back.  But they can ensure that Anne Sacoolas faces our justice system and that any member of the government involved in misconduct is exposed and held to account.  If the Court finds that Anne Sacoolas did not have diplomatic immunity, that will be truly historic.  There will have to be a full inquiry into why the decision to allow her to leave was made, who made it, and whether there was any misconduct.  Rest assured that the parents will pursue every legal avenue open to them to ensure that there is full accountability.

Sputnik: Could it simply be that there is a lack of political will, within the British establishment, to deliver results in this case?

It should come as no surprise that given the way they have been treated following their son's death that they trust no one in government. There have been lots of words from the Prime Minister and Foreign Secretary that they are on our side and determined to get justice for Harry.  The reality is that we have seen absolutely no evidence of that.  The time for words has long since passed.  It is time for action.

Sputnik: How, if at all, do you expect a Joe Biden presidency to change the stance of the US government in terms of aiding your pursuit for justice?

Regardless of the finding of the Court, and even if Anne Sacoolas did have diplomatic immunity, the whole world knows that diplomatic immunity is not to be used in these circumstances between two allies. The parents should never have had to go through all this. They should have had justice and been allowed to grieve.  The last 15 months have been robbed from them. We firmly believe that President Elect Biden is a far more decent human being than President Trump and that he will see the wrong here and send Mrs Sacoolas back.  This case is doing terrible damage to relations between the two countries and we are hopeful that he will look at the case completely differently.  He has to.  There is no other way.

Sputnik: Are there legal actions also being taken in the US as well?