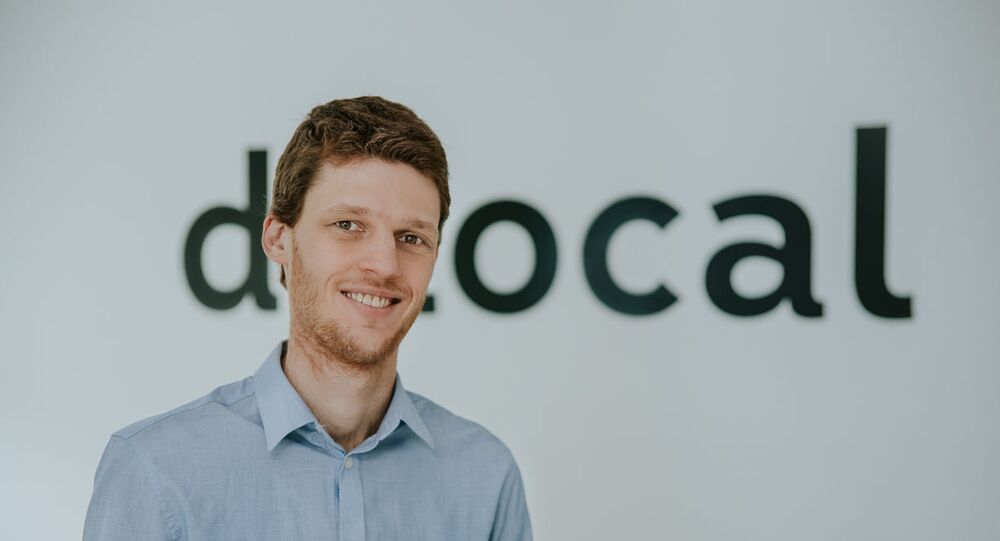 Emerging markets have become a fast-growing conduit for the deployment of innovative solutions aimed a tackling challenges among seemingly disparate payment systems. But a major fintech company founded in 2016 aims to empower consumers and major companies operating in developing economies to do business, namely in the ongoing coronavirus pandemic.

Sputnik spoke with Mr Rodrigo Sanchez, vice-president of product at dLocal, a fintech unicorn valued at over $1.2bn that focuses on connecting financially disadvantaged people in emerging markets with major eCommerce companies.

Mr Sanchez began his career at Telefonica, managing numerous telecommunication projects, and later on checkout optimisation and at PayPal and user acquisition at eBay. He holds an Master in Business Administration (MBA) from the University of California, Berkeley and Bachelor of Science in Electrical Engineering in his home country of Uruguay.

Sputnik: Can you tell us a little about your company and the services it provides? Which technologies does it use in its products and how have they innovated the fintech industry?

Rodrigo Sanchez: dLocal is a cross-border payment platform whose mission is to close the payments innovation gap between developed and emerging economies. We bring local payment methods and solutions in emerging markets for international and local companies. Our customers usually include merchants from the United States, Europe, China and firms such as Spotify, ZARA, Uber, Booking.com and others from Europe.

© AFP 2021 / JUSTIN TALLIS
Which Case Scenario? Firms Struggle With 'Digital Maturity' In Race To Embrace AI Bleeding Edge Tech
We reconnect them via payment solutions in three regions - Latin America, Africa and Asia - under a single Application Programme Interface (API) connecting all users easily to payment solutions used to process them, namely in Brazil, India, Nigeria and others, giving merchants the opportunity to reach their consumers in regions where they normally cannot due to issues in payment cards shared in the countries.

According to data, roughly 80 percent of the population in these markets do not own an international credit card and relies on local payment methods such as card schemes, cash payments at convenience stores, bank transfers or eWallets, so we offer a platform where users can easily access these payment solutions to increase volumes within the regions.

Sputnik: What is the story behind your firm's start in Uruguay, and what were some of the challenges you noted that led to the founding of your fintech business?

Rodrigo Sanchez: The company was founded in Uruguay, but the main payment concerns we tried to resolve were in Brazil, which has a lot of online retailers, namely in China, who were trying to sell in Brazil - Latin America's largest market.

One of the main problems we encountered was payment processing due to a lack of credit card penetration, even among international credit cards, which accounted for roughly 20 percent of the credit card ecosystem.

At the time, the most popular payment method in Brazil was the Boleto Bancário, a voucher that users can pay via their bank accounts, home banking or convenience stores with cash. We began to bring that solution to international merchants that couldn't access the Boleto system because they were not locally established in Brazil.

We added this payment system and found similar opportunities in neighbouring countries, including Argentina, Chile, Columbia, Uruguay, Mexico and many others with the same problem, and later entered the card payment space, which also had further issues due to local features such as paying in instalments and other barriers to international merchants.

After Latin America, we found more opportunities as our merchants required growth in other regions, so we expanded into India and Indonesia, and others in the Asian market and later, Africa, reaching 20 countries across these three regions.

Sputnik: What are your predictions on the rise of fintech in emerging markets? How would it compare with developed markets in Europe and North America?

Rodrigo Sanchez: We are seeing exponential growth here and year after year, online commerce grows around 135 percent, so it's a huge opportunity for companies to focus on Latin America, Africa and Asia. This is an advantage because we are facilitating this commerce, which would otherwise be more difficult for companies to access.

If you compare this with developed markets in Europe and North America, on one hand, we see developments that not common in emerging markets related to card payments and acceptance, but we are also seeing massive ones in fintech and payment processing, where some markets leapfrogging cards entirely and moving directly into digital payment systems.

© REUTERS / Stringer
Ant Group to Launch World's Largest IPO at $30bn in Shanghai, Hong Kong Amid Nat'l Security Bill Row
They are doing this by fragmentation as there is no one solution due to a lot of key components from governments and regulators, so some countries are opening new opportunities for local innovation, pushing governments to regulate in ways that give rise to local players, and one must connect with these local players to make an impact in those countries.

Take for instance the demonetisation in India in the last few years, which gave rise to new APIs connecting all eWallets and banking systems to an entirely localised payment solution. Brazil is doing the same thing with the [Central Bank of Brazil's] PIX, Mexico has its own inter-global system to incentivise these fintech companies.

So dLocal is in a position to really leverage all of these new innovations and use such creativity in these markets. We expect firms to begin shifting their thoughts on card payments, namely moving into more digital transactions.

Sputnik: Why do partner companies and clients find these services reliable and how accessible are they to the general public? What were some of the tangible improvements you found that your services have brought to emerging markets?

Rodrigo Sanchez: Our clients and companies trust us due to our local expertise. We don't simply enable payment solutions after opening a market, but are instead truly local experts in finding the best approaches for payment methods and other resources.

We also take into account partners and local banks to improve the the ecosystems, especially when some banks are not on par with the expectations of some merchants.

Our platform aims to help merchants to easily access these markets by using technological efforts to make the transactions happen without having to adapt to the country, but rather we adapt the national market to them while keeping the versatility each country has in terms of payment methods and how users in these countries use them on a daily basis.

The other part is working quickly with merchants and applying all the innovations and solutions to make them accessible and easier to process in order to test out new ideas and product launches with us in a matter of a few weeks.

That gives them the confidence of working with us, as well as confidence that we are truly local and experts in what we are doing, allowing our company to grow over time.

Sputnik: The ongoing coronavirus pandemic has rapidly accelerated growth in the fintech industry, but challenges remain in the expansion and deployment of such services. How easily can your products be deployed in crisis situations and how resilient are they? What role has your firm played in securing the economic activities of emerging markets amid the pandemic?

Rodrigo Sanchez: Many of our existing clients have seen significant growth in volumes due to the massive shift to digitisation, and it was assuring to work with us as we could easily scale the platform and solutions on our side as well as with our local partners.

© Photo : Pixabay
Check It Out! UK Fintech Checkout.com Acquires Payment Monitoring Firm ProcessOut In 'Pivotal' Deal
We addressed and handled any technological issues that would arise as we were readily adapted for the shift. We also had all of the auto-scaling solutions needed to tackle issues during the pandemic as we were growing at a rapid pace and developing the company each year.

For new merchants, we facilitated this by using the single API to access all markets and payment connections. So, in some cases where they needed to use our platform to switch from physical to digital money, it was a very rapid transition.

For instance, we opened payment systems for ZARA over the last few months as they had a major increase in online shopping in Paraguay and Uruguay during the pandemic and despite all shopping malls temporarily closing, their stores were able to integrate into our platform without hassle.

But for others, it's a matter of switching on and off different countries and payment methods, which can be done within a matter of a couple of days. When the pandemic hit, we didn't know what to expect, but once everything took off, we were ready and happy to help all of our merchants with structural shifts and changes.