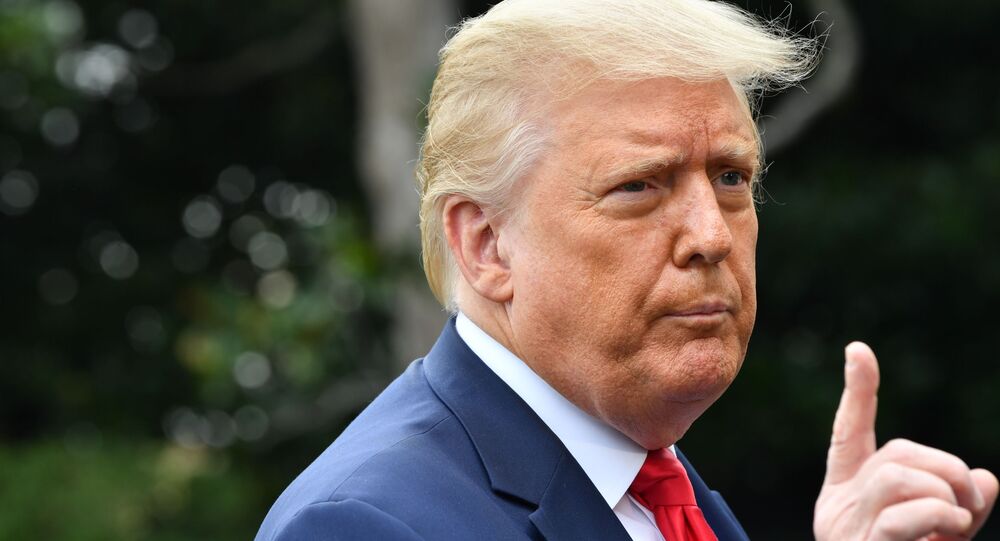 US President Trump's recent suggestion to consider delaying the November 3 presidential election in the country has provoked a heated public debate about the legality of such a scenario.

Aaron Pilkington, a Republican state representative for District 69, which includes portions of Johnson and Pope counties in northwestern Arkansas, shares his predictions for the upcoming US elections and reflects on the difficulties that America has been facing recently.

Sputnik: So you’re running for re-election to Represent Arkansas’ District 69. What are the main challenges and issues the people of your district are facing right now?

Aaron Pilkington: So, of course, health care is a big issue right now. You know, it's a rural area. And so access to care is really important. And, you know, especially with Covid-19 everyone's really focused on health. And so changing and reforming laws that help provide more access to care is important. So one thing I want to focus on is making sure that we do all we can to help reduce the barriers of access. And so that's a big issue.

The economy is always an issue in my district. You know, people want to make sure that there are jobs for them, that there's work and that, you know, the economy is moving in the right direction. Luckily over the past two terms that I've been in the legislature, we have really done a good job in reducing taxes and making Arkansas a pro-business state which has helped out. But the challenges aren't done. And we just need to keep on continuing doing what we can to kind of encourage investment into Arkansas and into my district.

Sputnik: US President Donald Trump suggested delaying Election Day, citing concerns over the second wave of coronavirus and issues related to mail-in voting. The issue of mail-in ballots is indeed a controversial one, with some experts arguing that it facilitates voter fraud and could result in the announcement of the election results being delayed by weeks. What are your thoughts regarding this? Would you support the President’s suggestion?

Aaron Pilkington: I do not support delaying at all. I think we need to go ahead and have the election, as we always do in November.

I think right now that we have adequately made plans so that we can have in-person voting and absentee voting. I think mail-in voting is a concern because of fraud. And so I definitely would agree with the president that mail-in ballots is not a good idea. And I think we just need to keep on doing absentee (ballots) like we've already done in the past. And, of course, in-person voting.

Sputnik: The media and the American public tend to criticize Donald Trump no matter what he says or does, as happened yesterday with his suggestion to delay the election date. Why is that? Why are we seeing more and more chaos in response to the President’s actions?

Aaron Pilkington: I think he is dynamic and a reformer. And I think, you know, he really does mix it up. And so for people who are used to dealing with the status quo, he makes them uncomfortable. And I think that's why the media has such an aversion to him, because, you know, I think he's really interested in moving the ball down the field and getting things done. And for a lot of them, they really can't comprehend that. And, you know, he's a CEO. And so he's used to kind of to run an organization like a CEO would. And they're not used to that either - they're used to career politicians and the way that they operate. So I think the media has a hard time understanding that, you know, strong central leadership like that - maybe a little gruff, but it's what has proven to get the job done in the past. And so I think that's one of the reasons why they are that way. I mean, I think I think, too, they just I think they don't understand the president and his supporters. And I think that their inability to kind of understand where they're coming from (means) they make their own assumptions that are not always correct.

Sputnik: We’ve also seen a backlash over the decision to deploy Federal agents to tackle the protests in Portland. How would you assess this current unrest in the country and what should be done to ease the tensions?

Aaron Pilkington: I would say to ease the tensions. I would say we need to stop allowing ourselves to be bullied by radical forces. And I think I agree with the president that federal troops is the right idea. You know, this kind of destruction and mayhem is not good for our society, isn't good for civil discussion. You know, it's hard to have a debate about what are the right policies to follow when you've got half your city being burned to the ground. So I think, you know, reception law and order is the number one step in getting us to move ahead. And then, of course, I think, you know, I think there are certain reforms we can do to help ease the burden of some poor minority communities that have felt disenfranchised recently. But once again, I think the main point is you got to have law and order first. And so that's why I support sending the troops into these cities where there are riots.

Sputnik: An Arkansas county saw its coronavirus numbers go up nearly 200% last week. How is your state coping with the pandemic?

Aaron Pilkington: I think we’ve seen an increase in COVID-19 related cases pretty rapidly recently. But, you know, we are doing all we can to get under control. You know, our main focus right now is making sure our hospitals have everything they need so that they don't have critical levels to where they're not able to take any more patients. So that's a big part. I think as Arkansans realize that going back to schools is important and, having more sports and things like that and having the economy rebound, I think more of them are willing to take the necessary precautions to make sure that we have a healthy community and are doing the things that prevent the spread. And so we've been hit kind of hard recently, but I think we're making the right steps, moving forward to tackle this.

Sputnik: Recent polls have shown that the President is losing crucial states to former VP Joe Biden, specifically among former Republican voters. The State of Arkansas is considered to be a solid Republican state. How united is the support for Donald Trump in your state?

Aaron Pilkington: I'd say it's definitely high in Arkansas. I think the reason why we're seeing the dip in the poll numbers is because we have to deal with a virus, no one has the right answer. And so it's really easy for people like Joe Biden to be a quarterback or an armchair quarterback and say, well, he would've done this differently or he would run that differently. When in reality he's not the one making the decisions right, not getting the briefings and not knowing what's really going on. So it's easy for him to criticize. But I think, honestly, when you look at those polls, you see that when it concerns the economy, people choose Donald Trump over him. And so I think as we get out of this virus and get into the fall towards election and the focus gets back on the economy, I think people will start coming back into the Trump camp.

© REUTERS / LEAH MILLIS
U.S. President Donald Trump stands at the podium listening to his supporters cheer as he addresses his first re-election campaign rally in several months in the midst of the coronavirus disease (COVID-19) outbreak, at the BOK Center in Tulsa, Oklahoma, U.S., June 20, 2020.

Sputnik: How popular is presumptive Democratic nominee Joe Biden in the state of Arkansas? Has support for the Democrats shifted since 2016?

Aaron Pilkington: I'd say he's a little more popular than Clinton was in 2016 in Arkansas. But I would say he's definitely not going to win the state of Arkansas at all.

Sputnik: How do you assess Donald Trump’s chances in the upcoming election?