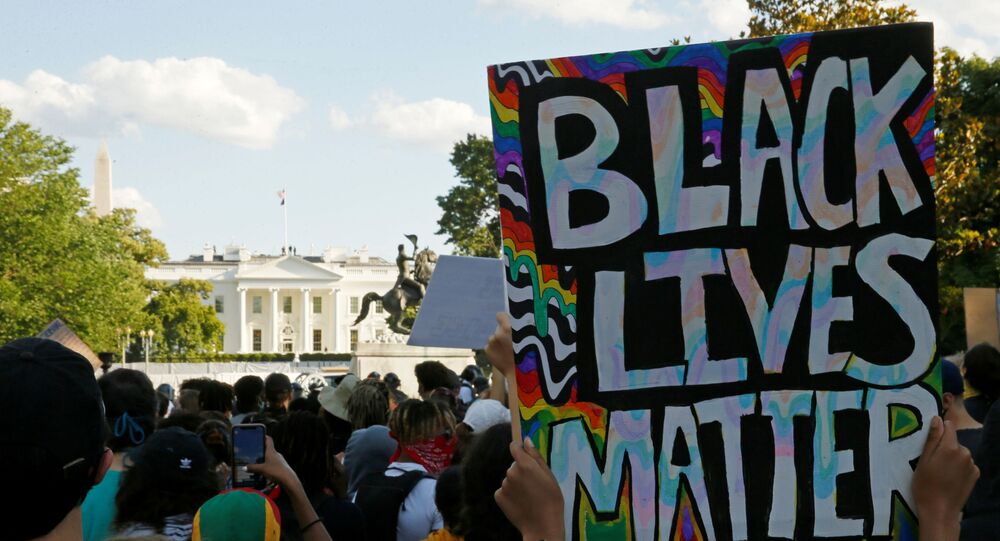 Calls to Defund US Police Driven by Political Need 'to Do Something Drastic', Analyst Says

The Minneapolis City Council has announced plans to disband the city’s police department over the coming months but it needs the support of the population to shape a new model of safety. Minneapolis Mayor Jacob Frey is, however, opposed to the move.

As calls to defund police and a proposal to disband Minneapolis police department and replace it with a new system of public safety in the wake of George Floyd's death in custody which prompted nationwide protests against police brutality and racism have swept the United States, Philip Ingram, a former British senior intelligence and security officer has shared his views on the matter.

Sputnik: Do you think the aforementioned measures are necessary and well-timed? Do you see any alternative to such concessions?

Philip Ingram: This is an interesting move driven, I believe, by a political need to be seen to ‘do something drastic'. It is clear that there are elements the Minneapolis Police Department have either failed to change, or the perception they have created is that they have failed to change. Often the best way to restructure an organisation is from a complete blank piece of paper approach and redesign what is needed to deliver the effect needed whereas most politically driven decisions or organisationally driven decisions tend to try and adjust elements in a small way, never really achieving proper reform.

This proposal does not mean that Minneapolis will be without a police force. It has local county sheriffs offices, the University of Minnesota Police Department, Park Police, Transit Police and others. Other Policing functions will still be needed so the reality behind the headline will not be as drastic as the headline suggests.

Sputnik: Is there a risk that some vigilante groups may take matters into their own hands and contribute to a further stratification of society?

Philip Ingram: There is a risk and arguably that is what has happened so far by getting this political decision. But the overall responsibility for the City Council is to maintain a safe environment for all and to do that they will need a police force.

Sputnik: In your view, what is that the protesters want to achieve with their calls to "defund the police”?

Philip Ingram: The protestors want something they don’t really understand – they perceive the police being disbanded but don’t realise that the vast majority of what they do is for the good and is needed. They are being given a headline by the council to try and plicate them as in this fast moving world, there will be a different headline in a months’ time. The protestors will see achieving the headline as victory.

Sputnik: What consequences might the measures have on public safety?

Philip Ingram: I think the bigger danger here is if the protestors believe that they have achieved the disbandment of the police, which isn’t going to happen, but still see them on the streets then they will lose faith in the council and this could lead to greater unrest. The messaging through this time will be critical to place the demonstrators, maintain the confidence of the majority population who are quietly trying to go about their lives and to maintain some form of morale in the vast majority of law-abiding honest law enforcement personnel.

Philip Ingram: The public safety reforms that are necessary are ones that rebuild public confidence in the minority elements of the community that have lost that confidence. That is very difficult without alienating other parts of the community. The second element which will have a bigger long-term impact is to deliver a structure and set of capabilities that will deliver the effect through properly resourced and trained capabilities targeted at what is needed instead of small tweaks to the way things have always been done. This will be restructuring and relaunching of a relabelled organisation I suspect.