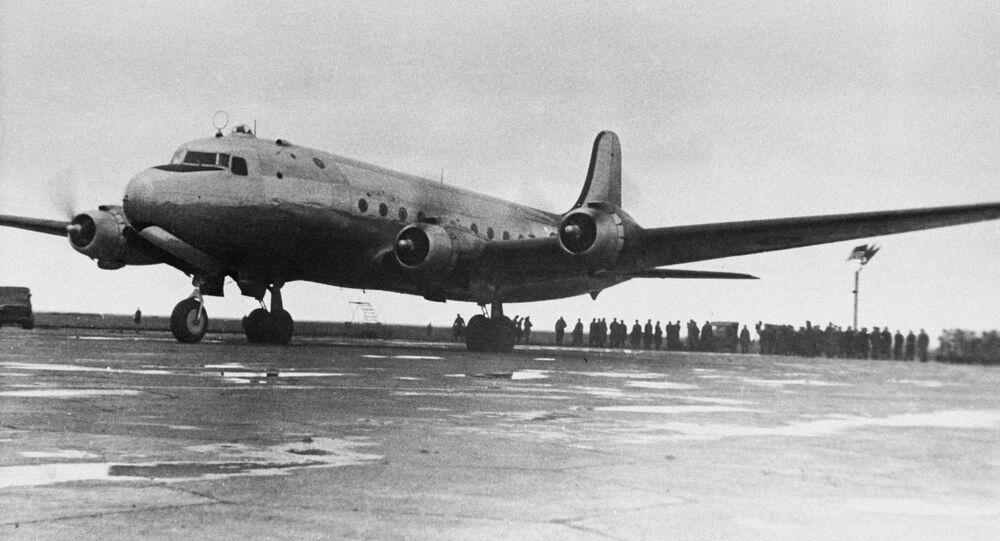 Not only has the coronavirus pandemic affected the world economy, it has also brought some changes in people's cultural life. This year the International Music Festival “Road to Yalta” will be broadcasted via the Sputnik website and YouTube.

The international festival “Road to Yalta” is unique for two reasons: never before have the wartime songs of the Great Patriotic War been performed by foreign musicians in different languages, while this year the contestants will also perform live from their apartments.

Sputnik talked to one of the festival's contestants, an Israeli citizen, Soviet-born Kiev native, a talented guy with a silvery voice who took part in the Israeli national final of the Eurovision Song Contest 2006, Michael Kirkilan, about what it's like to sing live on camera without seeing your audience and why this year's festival is important to him.

Sputnik: What does this contest mean to you? Why did you decide to participate?

Michael Kirkilan: Look, first of all, I was born in the USSR. Yes, I was born in Kiev, Ukraine. And for me in general, the whole history – everything about the war, about World War II – is personal because I grew up with my grandmother. I had no father. He died when I was little. And my mother couldn't raise me. And my grandmother, being a little Jewish girl, she went through the whole war fleeing from the Nazis.

So this whole story is very touching and important to me, and I can say that my grandmother influenced me very much in the musical sense. In essence, if not for her, I would not be doing music at all. And just singing these songs, for me it's sort of doing justice for this kind of inner circle. Thus, I complete the circle that my grandmother opened a long time ago in 1941. That is why this is a really important project for me.

Sputnik: Empowering words. You are going to perform the song “Cranes”, right?

Michael Kirkilan: Yes, I do love that song very much.

Sputnik: Why this particular song? Why did you choose it?

Michael Kirkilan: I love this song very much. It is incredibly melodic, insanely beautiful. And the translation turned out to be amazing because everything in Israel is built on Aliyah, repatriation. And a lot of repatriates from the former Soviet Union came and brought their culture here. And that is why many Russian songs were translated into Hebrew, and they are considered classics here. And this translation is very beautiful. I write a lot of songs for a lot of singers, but I happen to sing it as if it were mine. And it really goes right through my soul.

Sputnik: What do you think about the online format of this contest? The festival should be held in Yalta initially, but now everything will be held via video conference. How will it be done, via Zoom or some other platform? Are you aware of any technical details?

Michael Kirkilan: Truth be told, I still don't even know what or how it's going to be. We are adapting to the coronavirus situation. And it turns out that in Israel, for example, we can't leave the house at all this week. Things are changing at a wild pace. If a month ago I was flying abroad, performing, and going back to sing at corporate parties, now it's all cancelled.

This is very challenging for the organisers of the festival. Of course, I wouldn’t want to be in their shoes to organise such an incredible contest. And as long as I understand, yes, it will be an online competition. I sent a video of me singing this song live at home. I understand that the judges will watch, judge and then gather a Zoom conference call with us, with the contestants, and tell us what they think. That's what I know at the moment. Well, and the finale in Yalta, I understand, will be in late summer or early autumn, if coronavirus, of course, allows it.

Sputnik: Another question, was it challenging to organise your performance while you were staying in the four walls at home because now there are all kinds of funny stories about how parents enter the room, for example during some important meetings? Or rather a technical aspect: how did you record yourself? Did you find it difficult to record yourself?

Michael Kirkilan: Let me tell you, first of all, it's really hard for me. I'm a person who's not adapted to today's conditions. I am an artist who's absolutely not adapted to any kind of phonogram or just self-record. I am basically a person who is used to singing live. I mean I always perform being very energetic, and therefore, it is very hard for me to do it myself: to shoot and perform alone. Of course, it was very hard, but it's good that I have a studio at home - I'm a singing teacher - so I have a room where I could record and then film. I have this small garden near the house, so I set up a phone, my wife is also a singer in Israel, and so she's more adapted to Instagram and all these social networks.

She showed me how to set something up there. Well, it was fun, of course. There was a dog running, and then a cat, it was horrible; or people would just walk down the street saying something is going on over there stopping by to take a look. And all that gets captured on camera. We could have filmed Yeralash (a Russian children's comedy TV show – ed. note Sputnik) instead of a song. All the more, this is a touching song and someone just stares into the camera, then a dog ran – totally off the point.

Sputnik: That's amusing but do you think this kind of contest could survive online at all? Or does it only make sense when it is offline somewhere when everyone meets in person?

Michael Kirkilan: Because of the conceptual approach to the contest, because it's generally wartime songs, it seems to me that the audience that watches and is interested in this contest is a bit far from Instagram and Facebook and online formats. And, of course, it would be best if it was offline, and then the public could come. Naturally, there's television, and it can be covered as well. But I think it's certainly best to have such a contest face-to-face rather than online somewhere.

The International Music Festival “Road to Yalta” is an open contest among music performers, where foreign and Russian musicians, who reach the semi-finals, will compete for the finale and prizes. This year the festival is dedicated for the 75th Anniversary of Victory in the Great Patriotic War In the semi-finals and finals of the festival competition programme, the contestants will perform popular, cult Russian wartime songs in the national languages of their countries. The contest will be held in 2020 in the Crimea virtually on media platforms.