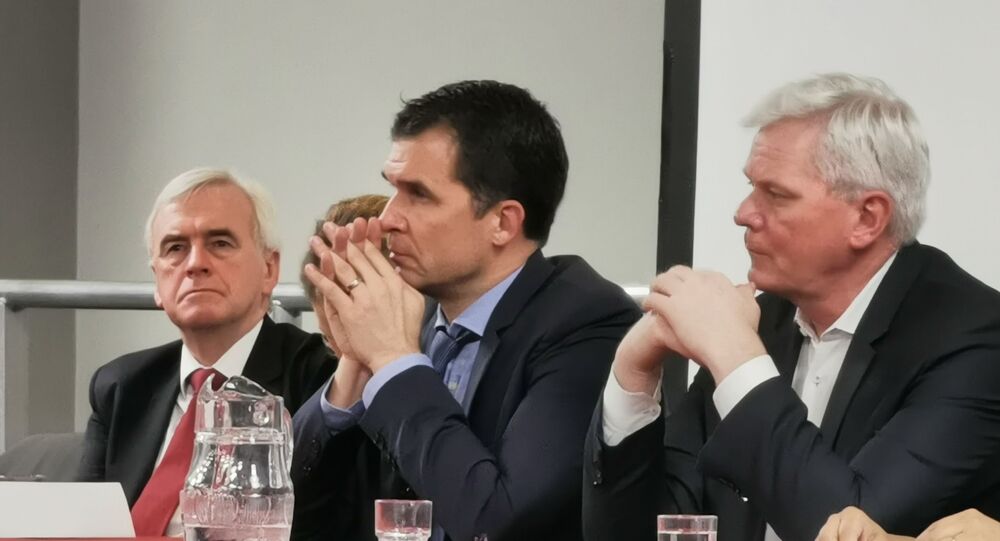 The editor-in-chief to one of the world's leading media organisations attended a rally in London on press freedom to denounce attempts by the UK government to extradite Julian Assange to the United States, where the acclaimed journalist could face up to 175 years in prison.

Kristinn Hraffnson, Editor-in-Chief of Wikileaks and award-winning journalist, discussed the latest updates on his media outlet's founder, Julian Assange, in addition to the wider implications of the breakdown in international law ahead of two crucial hearings for the Australian publisher in February and May.

Sputnik: Assange was recently moved out of solitary confinement and into the communal areas of HMS Belmarsh Prison. How did this come about?

Kristinn Hrafnsson: Of course, complaints were issued by lawyers, and we have been working behind the scenes to put pressure on prison authorities to alleviate Julian Assange's situation, which was extraordinarily detrimental to his health in the first few months.

It finally started to sink in after the first threats of legal action against prison authorities if they didn't comply.

We also noticed that there were outside pressures regarding conversations about his health and protests from supporters which began to have an effect, which was noticed by the broader community, and papers began to cover this fact that was now common knowledge. So they couldn't hide this from the general public anymore.

Thirdly, which was very heartening, was that prisoners in Belmarsh began petitioning the UK government to move Assange out of isolation at the health ward, into a more public place where he could fraternise and socialise with other inmates.

It's extraordinary that you can find more humanity with hardened criminals in Belmarsh than with government officials that signed off on his extradition.

Sputnik: The Council of Europe finally released a declaration calling for Assange's release and denouncing extradition requests to the United States. What kind of pressure do you think this will place on the UK government? Why is it so significant?

We've been seeing a breakdown in international law through outrageous actions such as the Jamal Khashoggi killings and the targeted assassination of a high-level official in Iran, Qasem Soleimani, via a drone attack. These were executions.

So we're starting to see things get worse and we've seen before, in Assange's case, that the UN Working Group on Arbitrary Detention (UN-WGAD), a really important human rights body in Geneva, concluded that Julian had been arbitrarily detained and ordered the UK and Sweden to change his situation whilst he was in the Ecuadorian embassy in Knightsbridge, but he was totally ignored.

It astonishes me, because what does it imply? It means that the next time the UN-WGAD, as before, focuses on a political prisoner in a third-world or developing country, where the rule of law is deemed to be lesser than our 'perfect' world, of course, no one is going to listen. They will say, "why should we abide by international norms when the UK and Sweden refuse to do so"?

The same applies to the findings of [UN Special Rapporteur on Torture] Nils Melzer, who said that international law was shunned, didn't register, and didn't have any meaning in the UK courts, where a judge said that when [Assange] was sentenced to a ridiculously harsh sentence for breaching bail conditions, which is normally settled with a fine or conditional sentencing.

So, we're seeing a breakdown in international law, and I'm unsure what kind of pressure the Council of Europe can impose, but every bit counts, and it was really heartening to see the Council pass this resolution on press freedom and directly address Julian's situation to recognise how important it was.

It's a good thing, and it all adds up. It's the dripping water that hollows the stone. The more support we get, the more people we get on the streets, the more resolutions will be passed from international bodies and organisations.

It all counts, and shows that people will protest it, recognising that the overreach has gone too far. Let's hope that that increases in the weeks up to the hearing, and let's hope it leads to the freeing of Julian Assange.