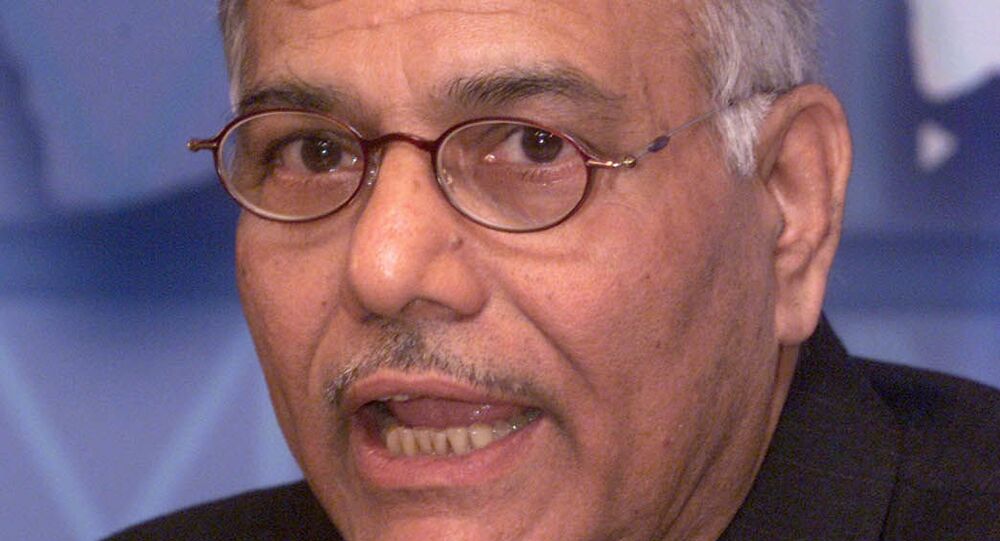 New Delhi (Sputnik): Indian Finance Minister Nirmala Sitharaman was not invited for pre-budget consultations between Prime Minister Narendra Modi and economists on 9 January. The meeting was instead attended by Sitharaman’s other cabinet colleagues like Transport Minister Nitin Gadkari and Railway Minister Piyush Goyal.

Days ahead of India’s national budget presentation in the Parliament on 1 February, Yashwant Sinha, a key figure in the ruling BJP for over two decades who quit the party in 2018, has accused the party of having ruined the country's budget with various populist social security schemes costing billions of rupees.

Sinha, a former Indian Administrative Services Officer, resigned from service and joined politics. Having served as finance minister of the country twice, he was perceived to be a party rebel after he started questioning the Modi government’s economic policies.

In an interview with Sputnik in New Delhi, he even said he would have stepped down had he not been invited to Prime Minister-Economists meeting as happened to the current Finance Minister Nirmala Sitharaman.

Sputnik: Rising inflation and declining growth undoubtedly throw a massive challenge to a finance minister. What should be ideally done to fight the economic slowdown?

Yashwant Sinha: We must understand the problems first and the government should also understand the problem first. The problem of the Indian economy, as I have been saying loud and clear everywhere, is death of demand. There is no demand for any kind of goods in the Indian economy. Demand has just died a natural death. It started with the agricultural sector, which experienced first a slowdown in demand and then a complete absence of demand. The farmers of the country did not earn enough to spend, which impacted the farm labour and the entire rural economy, which revolves around farming. That became problematic.

Sputnik: India’s manufacturing sector has come to a standstill. What ails the other sectors of the economy?

Yashwant Sinha: Other sectors like construction, micro, small and medium enterprises have been ruined by demonetisation (in 2017). This also seriously impacted demand. The effects of demonetisation have now travelled to organised sector. Slowdown in the automobile sector is the best example of negative impact of demonetisation on country’s economy.

Sputnik: Is demonetisation one and only reason for all wrongs happening in the economy, or there are more factors responsible for the slowdown in your view?

Yashwant Sinha: Directly, it is a result of bad policies that the government has followed. First, they didn’t help agriculture. Second, they did demonetisation. Third, they introduced the system of Goods and Service Tax (GST), which was very poorly implemented. This is what has led to the present situation. Even when the experts raised these issues and pointed them out, the critics were looked down upon. Therefore, the first thing that the government should do is to admit that they have committed a mistake and then take corrective measures.

Sputnik: What could be the corrective measures?

Yashwant Sinha: The corrective measures must begin with the agricultural and rural sector. The government has given a gift of $21 billion in the form of a corporate tax rate cut last September. That is not going to raise the demand. Demand will increase when the money is spent in the rural area. Policy measures have to be designed in a way that the income of farmer gets augmented. That will lead to immediate consumption and increase in government demand. The government, however, does not seem to be doing that. While the problem of the Indian economy is on the demand side, the measures that the government has taken recently pertain to the supply side.

Sputnik: The government thought investments would pick up if the corporate sector and industry got incentives in the form of tax cuts. That does not seem to be happening though. Why is it so?

Yashwant Sinha: Naturally, if full capacity utilisation is not happening and banks have their own constraints, where do you kick-start the whole thing -- you kick-start the whole thing by raising demand in the rural sector. The key is to help banks improve their health so that they start lending in the smaller towns, to the smaller vendors and businesses. Once the demand increases, capacity utilisation will take place and fresh investments will come up. This is the cycle that has to be followed. This is what was followed when Atal Bihari Vajpayee was the prime minister.

Sputnik: At a time when the government is staring at a wide revenue gap, does it have fiscal space to enhance spending?

Sputnik: In that case from where will the resources come in your opinion?

Yashwant Sinha: The government is a real bind. It does not have fiscal space to increase its spending. In that case they should not have taken the silly step of reducing corporate taxes at a time like this. Especially at a time when the finance minister had herself said in her budget speech last year that through the concessions that have been given on corporate tax, 93 percent of the companies have been covered. So, we are giving this benefit to a very limited number of companies. Therefore, the point is you cannot bring a patient to a terminal stage by administering the wrong medicine and then ask a doctor what to do.

Sputnik: Had you been the finance minister in a situation like this what you would have done?

Sputnik: Growth is coming down, inflation is going up. Also, India is lagging far behind in the disinvestment target. What is your observation?

Yashwant Sinha: We are in a typical stagflation situation. I am in favour of disinvestment and privatisation. But it has to be done when the market situation is good. One doesn’t sell ones assets when the market conditions are not good.