Concerns for the mental and physical welfare of Julian Assange are mounting among human rights activists- as the mainstream media continue to mock his declining health.

Sputnik: How have the events leading up to Monday’s hearing affected Julian Assange, both physically, and mentally?

Craig Murray: Well, I was really shocked to see him in the court on Monday. His appearance has changed radically. He's aged about 20 years in the year since I've seen him. I understand he's lost about 15 kilos in weight or more, just in the time he's been in Belmarsh Prison. That's in a very few months. He's suffered hair loss and premature ageing, he looks far older, he's walking with a severe limp, which he didn't have when he went into the prison. And he's incoherent. Plainly, he doesn't have his mental capacity. He had great difficulty recalling his name and his date of birth when he was asked. 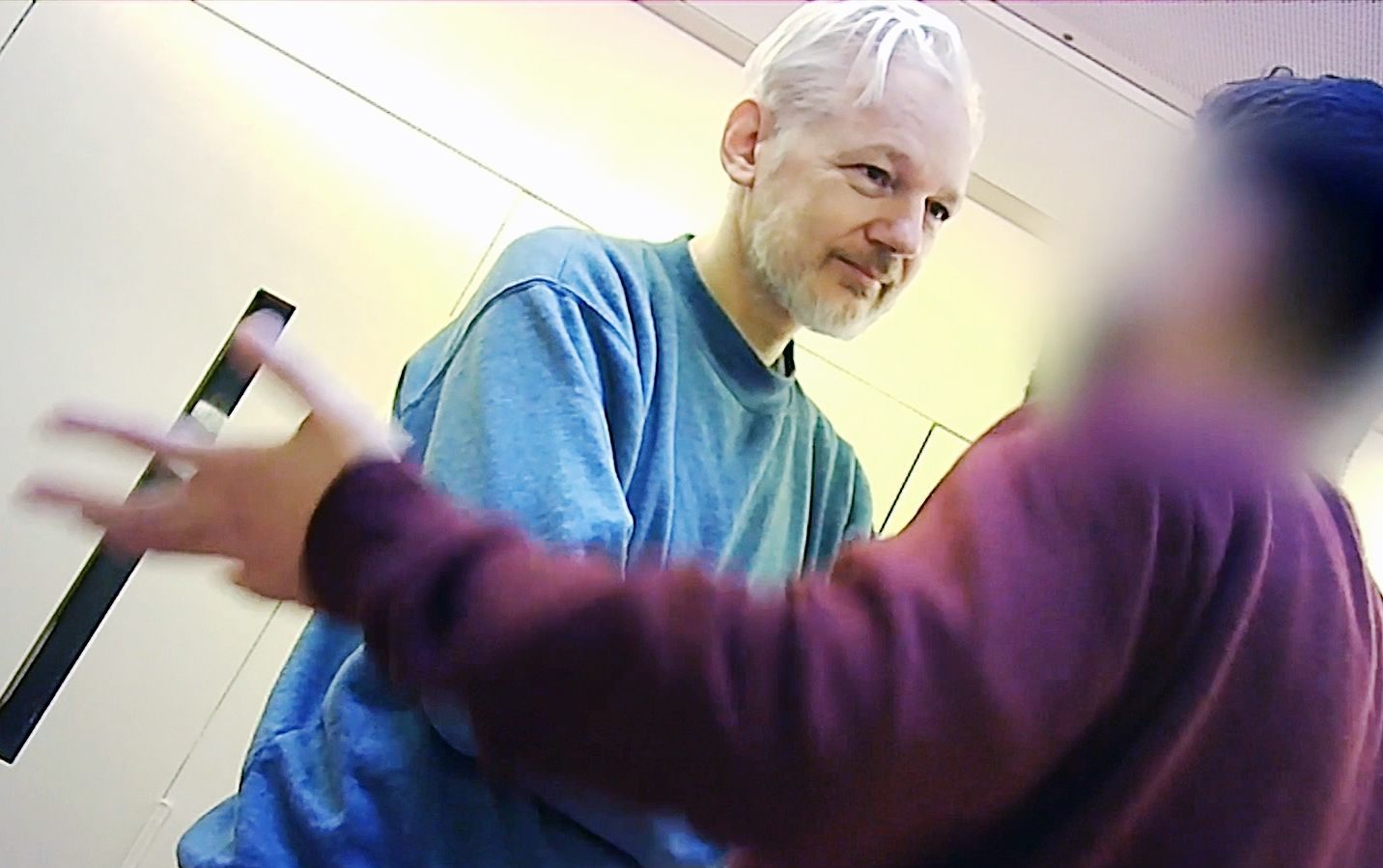 When he attempted to say something at the end when he was asked whether he understood proceedings, he first said he didn't really understand what's been happening. And then he tried to make a statement about the inequity of the proceedings and the lack of facilities afforded to him to prepare his defence, but he couldn't get the words out. He was struggling to speak, struggling to string together a sentence. And, you know, this is the most intelligent, most articulate man I have ever met, reduced to a situation where he physically is unable to speak, and is unable to follow what was happening in court. I was extremely concerned.

Sputnik: The special rapporteur on torture, Nils Melzer, wrote an article in June named ‘Demasking the Torture of Assange’. Do you think Assange’s treatment by the British state constitutes ‘torture’?

Craig Murray: I'm sure this constitutes torture. I mean, I don't know precisely what is being done to him. I know that he's kept in solitary confinement. He is watched all the time. He's only allowed out of his cell for 45 minutes a day. And then the corridors are cleared before he walks through them. Other prisoners are locked away so that nobody can speak to him. During the exercise period, he has very limited and highly supervised contact with a few other prisoners. Certainly this prolonged solitary confinement is a form of torture, but I don't know what else is being done to him. It was difficult to believe that that's the only thing that is happening to him, seeing his condition in court, and his physical symptoms. I'm very, very concerned and I have worked with torture victims. I worked with torture victims in Uzbekistan, I saw torture victims on trial in Uzbekistan. I've also worked with torture victims in Sierra Leone. I know how they behave, and he is behaving exactly as a tortured victim behaves. He has all the symptoms of a torture victim, in terms of disorientation and difficulty in asserting their will and speaking coherently, which was also Nils Melzer, who is the UN expert on torture, the UN Special Rapporteur on torture, he made precisely the same observation. There's no doubt this is true, what we're looking at here is a torture victim.

Sputnik: Journalist, John Pilger, said that in the UK, there is a ‘glimmer of hope’ Assange would achieve a fair judicial hearing- and that there is no chance of that in the US. Do you think the UK has demonstrated any such mercy on the journalist?

Craig Murray: I think in terms of judicial treatment, there's not an awful lot to choose between the two. Plainly he's not getting any kind of fair hearing. I thought the magistrate’s attitude was a disgrace. And on every single point, she simply ruled in favour of the prosecution barrister, without giving any reason, and in particular has refusal to allow the defence another month is to allow time for key evidence to arrive from the Spanish court. Again, with giving no explanation as to why she did that, that was a complete and utter disgrace. I think, in the United States, in the higher court, he would eventually win, because the First Amendment is an absolute pillar of American political society. And I don't think this attack on a publisher for publishing true information would ultimately survive all the way up to the American Supreme Court, But the American prisons are even worse than the British prisons, and I think almost certainly Julian would die before he could eventually be vindicated.

Sputnik: Just how involved is the United States judicial system in Assange’s trial?

Craig Murray: One of the deeply shocking things about the hearing on Monday was that there were five officials from the United States government, allowed into the body of the court sitting immediately behind the lawyers. And they were plainly giving instruction to the prosecution Council. It wasn't the British Crown Prosecution Service who were instructing the prosecution Council in the courtroom - It was the Americans directly. And I should say I'm an eyewitness to this. The Junior Council came during arguments, and was taking instruction from the Americans and relaying them back to the Senior Counsel, who said, 'I'm getting instructions from behind'.

© REUTERS / HANNAH MCKAY
Demonstrators hold banners during a protest outside of Westminster Magistrates Court, where a case management hearing in the U.S. extradition case of WikiLeaks founder Julian Assange is held, in London, Britain, October 21, 2019

And at that moment, the Junior Council was speaking to the Americans, not to any British officials. And these consultations were happening maybe three or four yards from where I was sitting. So I saw and heard some of it. And the idea that American officials are directing the British Governments Council in court is truly alarming. And then, of course, the magistrate simply accepted, without explanation, every single point the prosecution made, ruled against the defence on every single point. Ruled in favour of the prosecution on every single point, and did not bother to give any explanations as to her decisions. So the magistrate was in effect taking instruction directly from the American government.

Sputnik: This is, in effect, happening in the centre lens of the mainstream media, and the judicial systems of many, many countries. How have these institutions permitted Assange’s treatment to go forth without scrutiny?

Craig Murray: A lot of it has been due to the lengthy process, over a decade of demonisation of Julian Assange. Where, particularly with these allegations that were made against him in Sweden, he's been demonised by the media to the extent that people in so-called 'liberal society' that the middle classes have bitten, that the journalists have bitten- and they view him as a hate figure. They do not care that he is tortured and are quite happy to see him destroyed, even if that at the same time entails the destruction of media freedoms. I find it absolutely remarkable. And of course, Julian has been right. He said all along that the reason he went into the Ecuadorian embassy was not because he didn't want to go to Sweden, it was because he feared extradition to the United States. Now that he has been taken into custody, the Swedish allegations have disappeared. The extradition request from Sweden has disappeared. And the only thing that's been cited in court is whether he should be extradited to the United States for publishing secrets about war crimes in Iraq and the Afghan war, and for publishing American diplomatic cables given to him by Chelsea Manning. So it's been proven that it's true. The Swedish allegations were always only a fake construct. They were never serious. It was in order to get him into custody, in order to send them to the United States. And the failure of the British media to admit that, and to remove the demonisation of Julian, and to report honestly on what is happening, is an absolute disgrace. It astonishes me that the mainstream media have given no honest reporting at all of what happened in that courtroom on Monday.