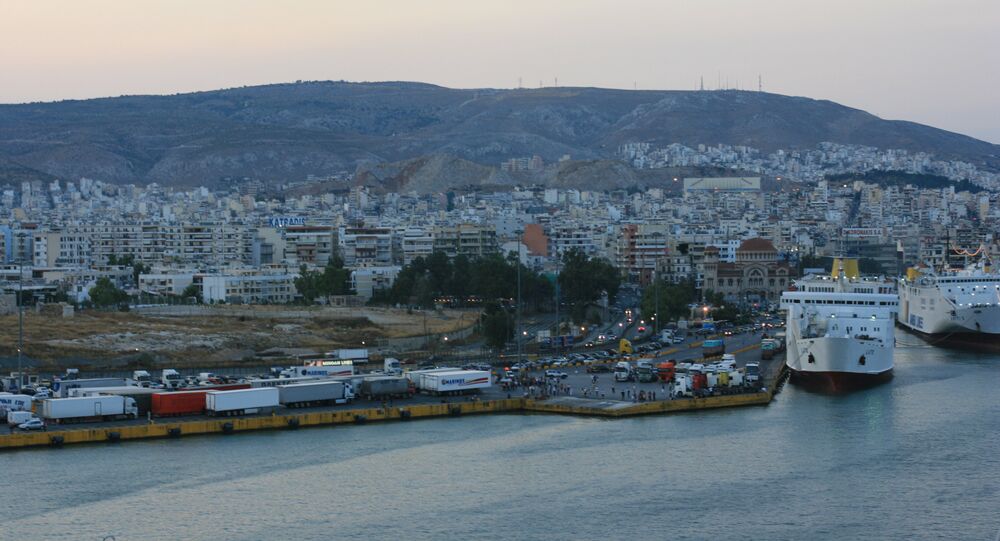 The Port of Piraeus, one of the largest and most important transport hubs in Greece, has undergone numerous transformations and weathered the nation's financial and political crises over the past decade.

Nektarios Demonopolous, Deputy Manager of Public Relations, Investor Relations and Company Announcements, discussed the background surrounding the Piraeus Port Authority's change in management, upgrades to the port facilities, and future as an economic powerhouse for the Greek economy.

SPUTNIK: Why was the China Ocean Shipping Company (COSCO), China's shipping giant, chosen as the primary owner of the Piraeus Port Authority?

Let me begin by saying that the concession of the Container Terminal took place in 2009 and COSCO Shipping was the bidder for this tender, which involved the development and operation of Piraeus’ container tables at the port, namely operations of the container terminal at Pier II and the fresh construction of Pier III.

SPUTNIK: How did these refurbishments to the Port of Piraeus boost its shipping capacity? What have you noticed about the port’s performance to date?

According to the concession agreement signed after the completion of the tender, the new investor, COSCO Shipping, had to expand the port’s capacity at the beginning of Pier III’s construction. During the first phase, we expanded the Pier’s capacity to 3.7m twenty-foot equivalent units (TEUs), or containers per year, and later on, an addition to this agreement was signed to further expand Pier II and III’s container shipping capacity to 6.2m TEUs. These expansions were completed before schedule, very quickly, and at the same time, bear in mind that COSCO Shipping is the largest shipping company in the world.

Taking advantage of the port’s geographical position and natural characteristics, such as the port’s water depth, has increased its throughput—the average quantity of cargo and passengers that can pass through a port daily—from less than 1m in 2009 to nearly 5m in 2010. This was a major expansion and quick development which was achieved as one of the most significant foreign investments in Greece, especially after the years of the global financial crisis.

SPUTNIK: There were a few trade unions that had voiced opposition to the takeover and launched disputes. How have they responded to China’s foreign investment and have they been receptive or standoffish?

Following the initial tender, there was a new tender for the privatisation of the entire port, as well as operational developments for the port’s activities, for the PPA. This was completed in 2016, and much of the opposition took place around this period.

At the beginning, there were some negative reactions from labour unions to the port’s privatisation, but after the process was completed in August 2016, I would say it was a smooth transition to new management. There were long negotiations with unions which resulted in signing new collective labour agreements, and it’s very important for the port’s operations that, since August 2016, we have had no days of strike.

SPUTNIK: Is there a next step for the Port of Piraeus to boost the Greek economy? Is there a plan to integrate the Port into China’s New Silk Road project?

I would like to note that the development of the Port's container tables began in 2009, before the Belt and Road strategy was announced in 2013. So, I would conclude that these developments followed an independent process and were launched long before this initiative.

But in any case, the Port's new management plans to expand facilities and services further while looking into additional sectors of interest apart from the container terminals, such as the cruise industry, which we would like to increase as the Port has one of the largest cruise terminals in the Mediterranean Sea.

We would also like to increase the Port’s ship-repairing business activities—an important activity for the Greek shipbuilding industry—and to develop new activities such as a new, modern warehouse inside the port zone to take advantage of the port’s geographical location and proximity to connections to Greek railways as well as to the Balkans and Eastern Europe. So, more plans do exist that are under discussion, which can proceed with their implementation upon approval from the Greek government.