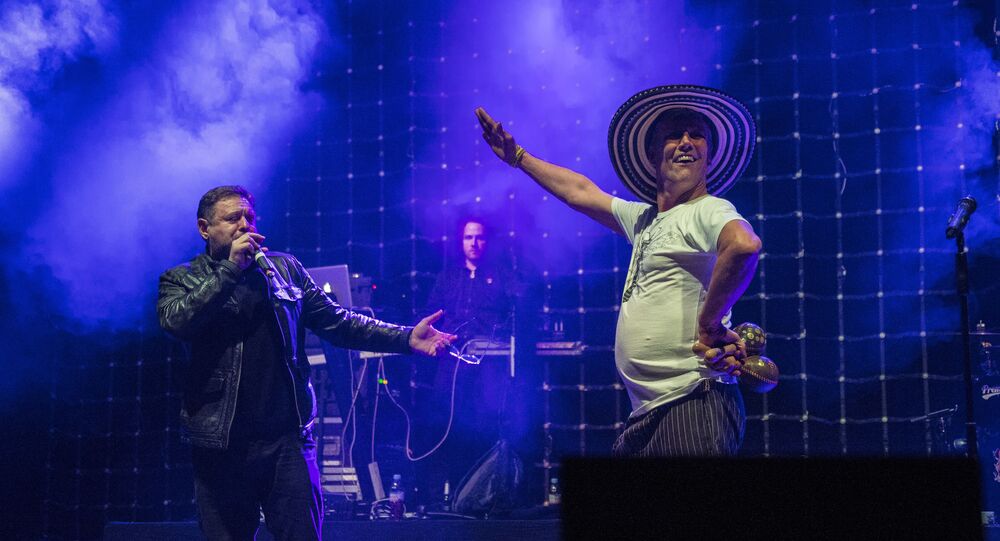 We’ve already brought you an interview with Happy Monday’s frontman Shaun Ryder, and now we’ve gone one step further and have gone and spoken with the band’s one and only, dancer extraordinaire, that’s right the legendary Bez! To get his views on his life in music, clubbing and of course Brexit, enjoy!

Sputnik: How did you end up joining the Happy Mondays?

Bez: It all started after the band was supporting New Order at the Hacienda, and that day we’d completely got off our heads, and Shaun got a massive dose of insecurity, and said to me that he wasn’t going to go on stage, and that I should go on with him, but I was saying “ get lost, I’m not going on stage”, but I ended up slinking onstage, grabbed a pair of maracas, shook these maracas to death and did this mad dance that I was doing at the time, and that was the start of it all.

The next day someone said to Shaun; “Oh that was nice letting that kid with special needs onstage”, which was me.

Sputnik: What was the craziest gig you experienced during your time with the band?

Bez: I think one of the best moments was when we played Rock De Rio. We ended up there for five days, and we walked out to a crowd of 198,000 people in the stadium, and we were actually sharing a hotel with Guns N Roses at the time.
I think that was one of the most debauched, wildest tours that we’ve ever done.

Sputnik: What are you views on the current state of British politics?

Bez: I’m not a great fan of Farage; but I remember seeing a speech he did about the EU, and how they’d all gathered in Brussels to vote for their next president, and there was one candidate, and he was saying that’s not democracy. In a way he’s right; how can you only have one person to vote for?

At the same time; it doesn’t really matter. When I stood for politics, I stood as an anarchist, and for me, the biggest problem we’ve got as a nation, if not the world is the banking system.

If we don’t get rid of these private bankers who are financing every war, and everything we’ve got going on in the world, their financing it all, and it’s in the hands of a few private families, so we need to get rid of these unelected leaders of the world, who are causing this absolute chaos.