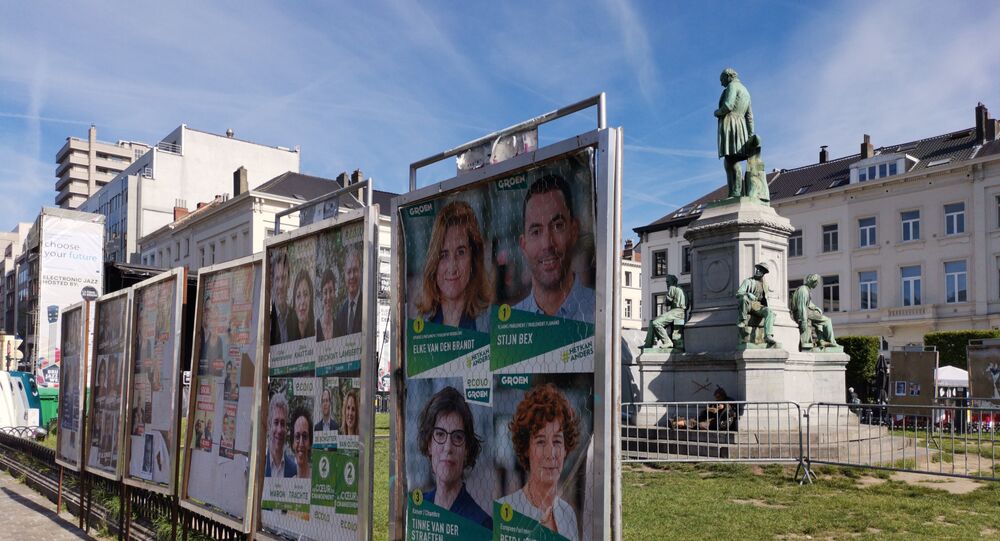 Sputnik: What can you say about the voter turnout of 50.5%? How significant is this? What conclusions can we draw?

Joachim Paul: Germany is experiencing a strong polarisation and a growing conflict between conservatives and the left wing. Each political group was quite successful in the mobilisation of its supporters and each political group claimed, that this election would be “fateful”. And indeed, one question of major importance connected to this election was: Should the EU become the EU a central state or will the EU change to a merely as an Assembly of sovereign nations, as Charles de Gaulle said – “a Europe of Fatherlands”. In Germany, this question was answered differently than in most of its neighbouring countries.

Sputnik: In your view, why have large and historically dominant centrist parties failed to maintain their positions in many of the EU’s 28 member states?

Joachim Paul: Especially in Germany, the turnout should be considered as a warning to the government. People are very unhappy with the recent policy and many seem to have lost their trust in the government Parties (CDU, SPD). The great success of our sister parties in Italy and France shows that there is a drastic loss of confidence in the European institutions and people wanting to take back control. The model of the centrist parties as “catch-all-parties” is not successful any longer. Just take a look at the CDU – she lost may voters the leftist Green-Party and to the AfD. It’s almost the same for the SPD.

© AFP 2020 / Oli SCARFF
Brexit Party Selecting Candidates for EU Parliament, Mandate for Elections - Member
Sputnik: What do you think of the distribution of German votes? Any noteworthy points or trends?


Joachim Paul: In Germany we have the unique situation, that climate change was raised by the domestic media to be the number one topic of the election. Especially the state media was strongly engaged in this. This is why the Green Party was so successful.

Sputnik: How can you assess AfD's success in the EU elections?

Joachim Paul: You have to look at the European level. Many of our sister parties were quite successful, especial [Italy's] Lega and [France's] National Rally. In total numbers, the AfD has actually double its amount of voters compared to the last election. Only due to the increase of voters in total and the lack of a threshold clause, the percentage share was a little below our expectations.

Sputnik: What changes can be expected in the present distribution of forces in the European Parliament?

Joachim Paul: We have a strong fore of patriotic parties in the European parliament, which will resist a policy of further EU-integration and a strong voice for sovereign states which are able to maintain their cultural identity and tradition.

Sputnik: What measures and strategies are vital to addressing the EU's main contemporary problems?

Joachim Paul: What we need is not only a reform, but a partial deconstruction of the EU to an assembly of sovereign states.