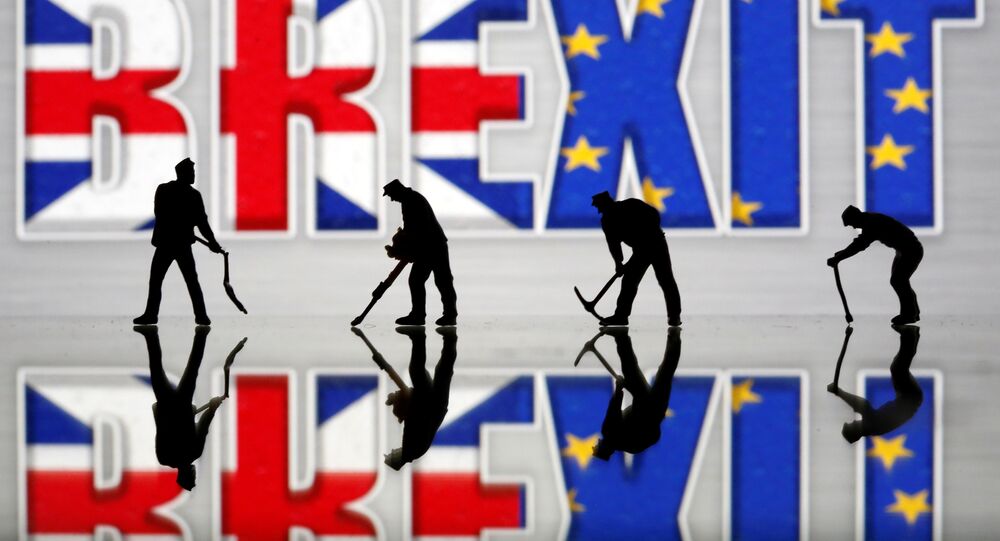 Labour will hold a meeting today where they will attempt to solidify their manifesto ahead of the European Parliamentary elections. Can they put party politics aside and gain major ground in the coming weeks? Sputnik spoke with political commentator Keith Rowe for more.

Keith Rowe: It certainly looks as though that's the way they are headed, they passed that motion at their own conference saying that they would do it, and it looks like Jeremy Corbyn is under a lot of pressure to actually insist that it is in their manifesto. It will damage them among the very many Labour voters who voted to leave; they voted once already.

© AFP 2021 / Pornchai Kittiwongsakul
Ex-PM Tony Blair Roasted for Claiming Second Brexit Vote to be 'Healing' for UK
Keith Rowe: They've certainly not been helpful, but of course the real blame lies with Theresa May and the government, because they are the ones that have been in the actual position of being able to carry out the negotiations and push things through, and they've shown frightening incompetence in the way that they have negotiated from the very start of the process.

The Labour Party haven't helped, the Labour Party has certainly tried to thwart the will of the people in very many instances, but the real main blame must lay with Theresa May, who could have just ensured that we left on the date that was originally set.

Keith Rowe: There are still so many unknowns to be honest; if we don't leave, if they continue to drag this out much longer, there is going to be increasing anger against the political class, and very many people across all parts of the political spectrum are just angry with the way that our House of Commons is not representative of the people and how they are planning not to carry out the will of the people.

Whichever way you voted; we had a vote, and that must be respected. They got re-elected at the general election on the basis of respecting the result of the referendum, and there is a huge amount of anger building up. If we don't leave; there will be increasing anger.

The views and opinions expressed by Keith Rowe are those of the speaker and do not necessarily reflect those of Sputnik.