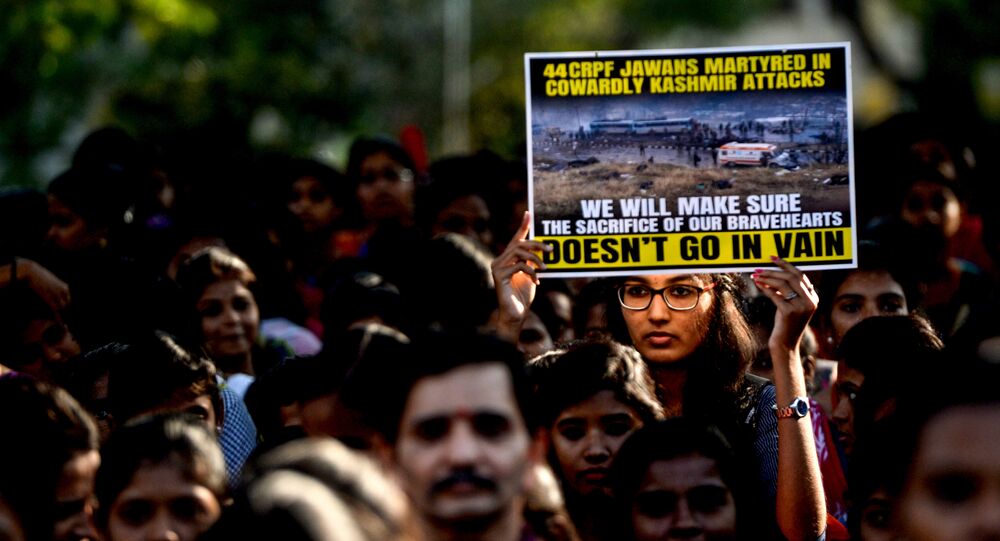 Former Ambassador Santinder K Lambath, Special Envoy of the Indian Prime Minister from 2005-2014, discussed the escalation of tensions between India and Pakistan in the wake of Wednesday's aerial battle over Kashmir and the February deadly terror attack on Indian paramilitary police force claimed by Jaish-e-Mohammad.

Sputnik: What in your opinion has brought about the recent escalation in tension?

Santinder K Lambath: The whole process started with these groups from Pakistan attacking the security forces in India; this has been happening over the last few months. And on 14th February 40 members of the CIPC were attacked by Jaish-e-Mohammed and the government of Pakistan was requested to put an end to it but they would not accept responsibility for it and as a result some action had to be taken. You will recall that the government of Pakistan in 2004 when President [Pervez] Musharraf was President had given an undertaking that territories under the control of Pakistan would not be allowed to be used by any group against India – that promise has not been kept.

READ MORE: Pakistan Hopes to Avoid War With India, Warns 'It Would Lead to Mutual Suicide'

© AFP 2020 / ROUF BHAT
India is Fighting Against Terrorists, Not Pakistani Citizens or Army – Journo
Sputnik: How do you think the situation will develop?

Santinder K Lambath: I think it’s very simple; they will move forward, the government of Pakistan must give an assurance that terrorist groups based in Pakistan must not be allowed to disrupt activities in India. If that assurance is given and they take action against groups – which they haven’t – whether it is Lashkar-e-Taiba and Jaish-e-Mohammed – just to name two of them, there are also other groups which are freely allowed. Not only that, but there is ample evidence for you to see that at times they were even encouraged.

The views and opinions expressed in this article are solely those of the speaker and do not necessarily reflect Sputnik's position.
...
Reddit
Google+
Blogger
Pinterest
StumbleUpon
Telegram
WhatsApp
50
Topic:
Conflict Between India, Pakistan Escalates Over Exchange of Airstrikes in Kashmir (106)
Tags:
Jaish-e-Mohammed, Kashmir, Pakistan, India
Community standardsDiscussion
Comment via SputnikComment via Facebook