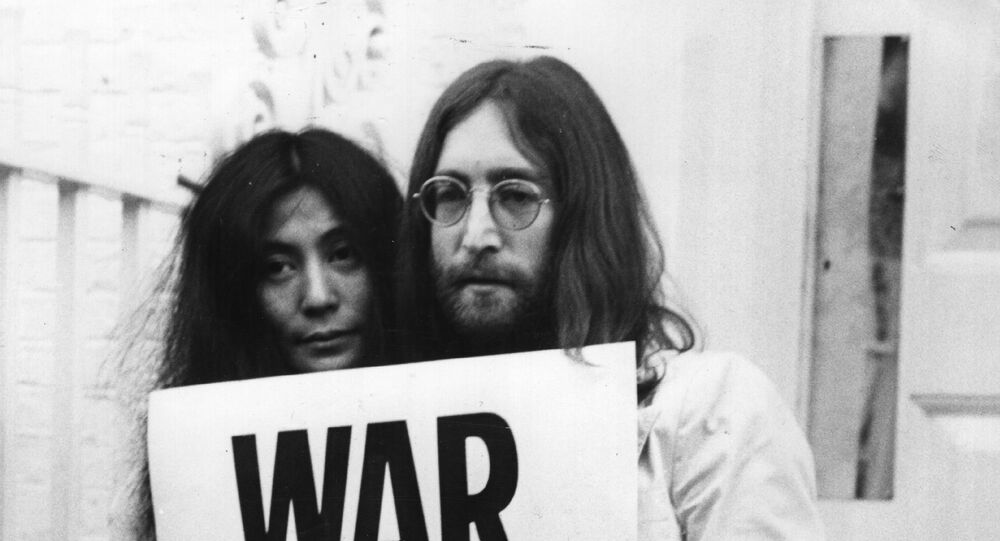 With nearly forty years having passed since his untimely murder, John Lennon remains one of the most iconic musicians to have ever lived, with both his solo releases, and of course albums with the Beatles retaining their popularity in the modern era.

Sputnik spoke with his sister, Julia Baird, to get an insight into the man behind the music.

Sputnik: What was it like seeing John rise to global superstardom so rapidly? How did it affect you and him?

Julia Baird: Well, it wasn't rapid, because John was playing the guitar from the age of fifteen and he was playing the banjo from when he was about thirteen, and there was nothing rapid about that rise, because with all the continued practising and playing in church halls and community centres and local clubs, that was a long time before they even went to Hamburg.

© AP Photo / Chris Pizzello
This Bird Has Flown: Paul McCartney Opens up on Failed Meeting With Putin
Paul McCartney famously said everyone thinks we came up overnight, but no, we did eight hundred hours in Hamburg alone, of rehearsal, then they came back, then they started in the cavern, it just did not happen overnight.

Sputnik: How do you feel John's music career would have progressed had he lived to the present day?

Julia Baird: I really don't know, but I think with the starting over, if you take the words from if you go back slightly.

One of my favourites at the moment is watching the wheels, so he's having his break, Sean's coming to school time, and he's obviously whipped up a fantasy that they're going back into the studio, and the very title starting over suggests to me, and another one stepping out, that he was about to step out back into the musical world, maybe the writing world, maybe the art world.

READ MORE: 55 Hours of Never-Before-Seen Beatles Footage in New 'Let It Be' Film

He was a multi-talented creative man. I can't imagine him leaving music behind, but then I'm making that up, aren't I? I'm imagining what someone might do, we just don't like to think of him leaving it behind.

Sputnik: Are there any misconceptions in the media about John that you often hear that you'd like to correct?

Julia Baird: There are lots. He had a very tough, chippy, chirpy exterior but he was actually as soft as jelly underneath, and not many people really bothered, they were enjoying the chippy chirpy interviews and they were able to criticise him, and they didn't really look much beyond.

To be fair, John wouldn't have let them much beyond either, but there was a completely different John from the one that you saw.

Sputnik: In your opinion is it unfair to blame the breakup of the Beatles on Yoko Ono?

Julia Baird: Absolutely, it is very unfair. I know instinctively you think, I mean it couldn't have been comfortable for any of them to have the girlfriend parking up in a bed in the studio while they were trying to record, I get all that, and John could have put a stop to all that couldn't he? But I don't think she was the cause of the breakup in my mind, and I think many fans don‘t think that either.

© AP Photo
The Beatles Worth: George Harrison's Guitar Used in Cavern Gig Auctioned (PHOTO)
If you look at the tours you always meet a lot of people that say saw the Beatles on tour between 1964 from the Ed Sullivan show, right until 1966, without exception say, could you hear anything? No, they didn't hear one word, of one song.

That in itself was enough, and when they did Candlestick Park, I think it was the 25th August, it could have been a date around that, but in 1966, it is said and again; I'm saying what people say because I didn't ask John about this, he said about the screaming, but apparently there was so much screaming at that Super bowl place they were in, that they didn't even bother to sing, they just opened their mouths, played their instruments and just opened their mouths and nobody noticed, and on that stage John definitely said, this is it, I'm not doing this again.

READ MORE: All You Need is Love: The Beatles and Their Darlings

Yoko doesn't come into that bit, does she?

Sputnik: Do you think there will ever be a band bigger than the Beatles?

Julia Baird: It's hard to say, because who would've thought the Beatles would've come? Before the Beatles it was individuals, wasn't it? It was Frank Sinatra, he was the world's megastar, wasn't he? Then, of course, there was Elvis, and you're still in single people, the Beatles was the introduction of the group.

© Sputnik / Youtube/news star 24/7
Daesh's 'Jihadi Beatles' Fear Unfair Trial After Losing UK Citizenship
A group of people behaving as one person. This had never happened before had it? Unless you had a whole orchestra, but those orchestras aren't stars are they? They are performing shows like the Beatles, but you don't go to a Tchaikovsky concern and scream all the way through it, do you? It was a complete change.