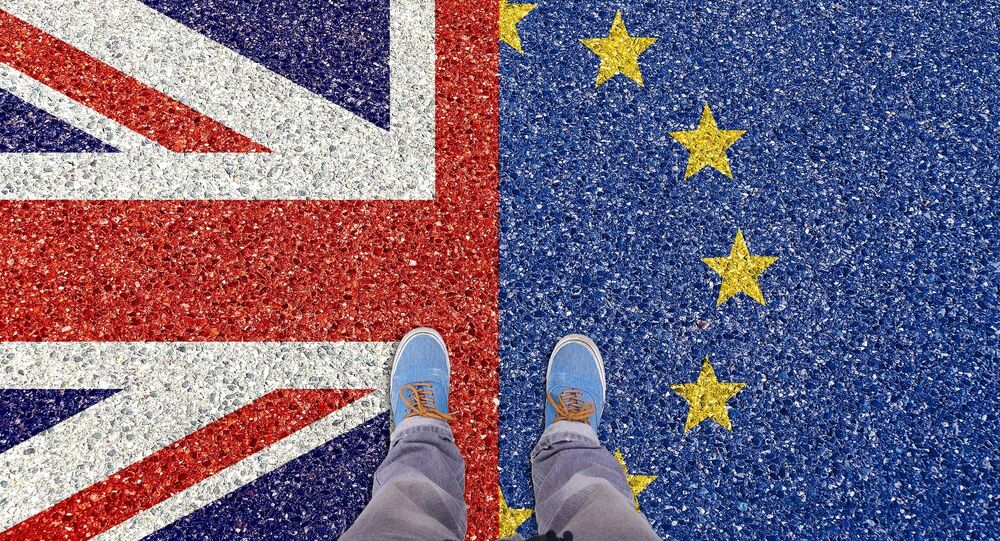 On 14 February, UK lawmakers voted to reject May's motion asking the legislature to reaffirm support for her efforts to seek changes to the divorce agreement after the original deal was voted down on January 15th.

May also once again failed to heal divisions within her own party, with Conservative lawmakers affiliated to the pro-Brexit European Research Group (ERG) refusing to support the motion.

Sputnik asked Alan Graves, Political Commentator, how serious this May's defeat could be for the country's withdrawal from the bloc.

Sputnik: Theresa May has suffered an embarrassing defeat at the hands of conservative Eurosceptics, plunging her hopes of uniting the Conservatives around a renegotiated Brexit deal into chaos. How significant was last night's defeat for the Prime Minister and the Brexit process?

© REUTERS / Yves Herman
Brexit Latest: UK Crash Out Most Likely, as Irish-EU Solidarity Bond Unbreakable
Alan Graves: There was no legal requirement to do this and it was really about her popularity. I think the significance is that it seems that parliament, and this is all of the members of parliament, look like they are going to kick the can down the road and extend our membership of the EU.

Sputnik: If we look at the Democratic Unionist Party, they've had a lot of power in the Brexit negotiation around the way the government votes and the strategies she puts in place. Following this defeat, how will the DUP react? What sort of Brexit are they going to push for in light of this recent defeat?

Alan Graves: They're obviously very concerned about the backstop and the Irish consideration, and they are very clear that they do not want a hard border and that is very understandable so that's where they're coming from.

Sputnik: Government ministers have openly contradicted each other over the prospect of a no-deal, as a senior Tory claimed half a dozen members of Theresa May's cabinet could resign to stop a disorderly Brexit. Should a no deal Brexit remain on the table?

© AP Photo / Matt Dunham
EU Zealots Might Not Mind: Post-Brexit Free Trade Deal Forthcoming - Commentator
Alan Graves: In my view the 2016 referendum was the default, was a no deal or a WTO deal, the issue that I believe parliament has was to try and get something better than a WTO deal, which they haven't managed to do and that's because the handling has all been completely incompetent. The negotiations have been incompetent and the parliamentary process has also been incompetent. We need the parliamentary members of the MPs themselves to do what the people ask them to do and leave the European Union. If it means we are without a deal then that's fine. The issue to me is that the EU have a lot to lose by us leaving the European Union and if they're not willing to play ball, we should just take the ball until they are willing to play ball.