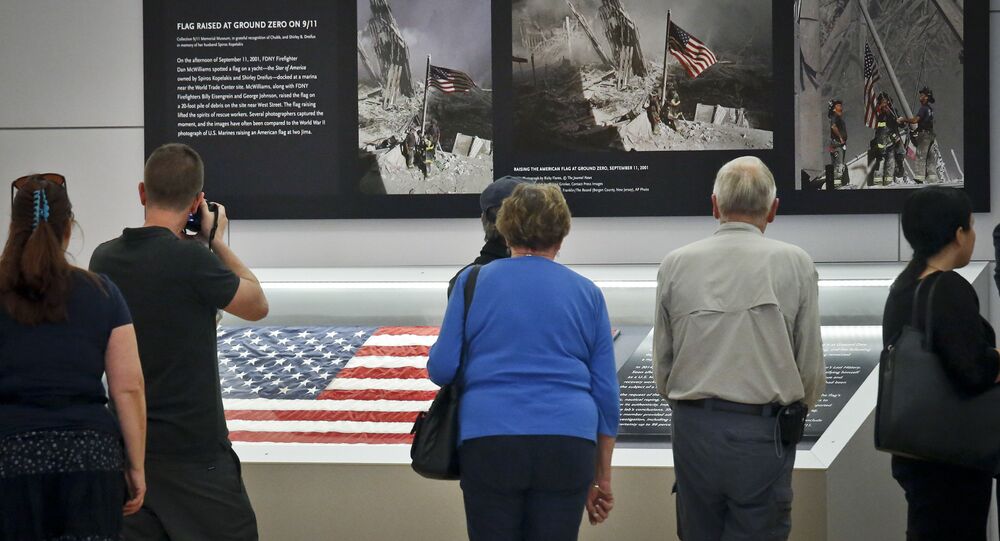 A cybercrime group has released thousands of documents related to the 9/11 terrorist attacks in the United States. The group, which calls itself “The Dark Overlord”, stole the data from private insurance companies, law firms and government agencies and demanded a ransom.

Sputnik: Did any new information on the 9/11 terrorist attacks emerge from the cybercriminal group's release that you know of?

Dr Kevin Barrett: Well, it's not clear that there's anything extremely significant. The problem here is that we already know so much about 9/11. We know beyond any reasonable doubt that there were no actual human hijackers involved in diverting planes that day. We know that for a whole long list of reasons including, the fact that the US government was obliged under international law to provide the evidence against the people accused of committing this horrific crime and it never presented that evidence such as authenticated passenger lists, authenticated security videos — any proof whatsoever that any of these 19 alleged hijackers were even on the planes; not only was none of that ever presented, but we know for a fact that there were no hijackings, because not one of the four planes ever squawked the hijack code — which takes about two seconds to squawk.

The last hijacking in the United States was, I believe, in the early 1970s; the idea that these four planes could be hijacked was absurd on its face in the first place, and now we know it didn't happen. We also know that the three buildings in New York were taken down in explosive controlled demolitions. Indeed, the entire trade centre was totalled in a series of explosions and the planes is just a diversion. All of this has been proven seven days from Sunday, anyone who doubts it should just refer to the magisterial work with the greatest 9/11 scholar, Dr David Ray Griffin.

So we basically already have all the evidence we need if we can get into any actual courtroom and get people brought in and forced to testify under oath, but unfortunately the empire that dominates much of the world doesn't want that to happen.

© Flickr / Cyril Attias
New 9/11 Files: Lawyers Discussed Whether Bush Knew About Attacks in Advance
So whether these documents can somehow force the public to go into a state far beyond of what's happening with the yellow vests in France right now, into a state of uprising and force the powers-that-be here in the United States to actually deal with this monstrous crime is an open question. So far, the documents that have come out from the Dark Overlord are not nearly explosive enough to do that, some of them may be interesting, I don't think there have been enough people with enough time going over them to find nuggets, but at this point we haven't had a smoking gun yet, and whether or not we get one I guess only time will tell.

Sputnik: For the time being we see these documents building up a picture of insurance litigators, but there's always a chance that they're sitting on a smoking gun.

Dr Kevin Barrett: Well the insurance litigation documents are going to be very interesting because that's one of the great questions around this scam: how did they manage to convince reinsurers to accept these monstrous losses? Larry Silverstein walked off with almost $5 billion in a cash settlement after buying the entire trade centre two months before 9/11.

Now the trade centre was condemned for asbestos, haemorrhaging money, high vacancy rates, communications infrastructure from the 1960s that was no longer adequate, the city of New York had been desperate to tear down those buildings for years, and they were even under court order to get rid of the asbestos that would've cost for more than the buildings were worth. So Silverstein, with organized crime ties, took over the trade centre two months before 9/11 in a sweetheart deal with Eisenberg, the head of the Port Authority, both of them being extremist Zionist Republican billionaire financiers, and then "boom!", the whole place just gets blown up on 9/11, bringing Larry Silverstein a massive insurance settlement. How did they play around with the reinsurers to force somebody to eat that $5 billion that Larry Silverstein and his friends managed to make in that two-month insurance scam — that's a very, very interesting question and I hope we learn more about it.

Sputnik: Is the timing of the release at all significant?

Dr Kevin Barrett: That's a very interesting question too, because we have these games being played between different factions of the deep state here in the United States, with the Trump administration alienating a lot of people in the permanent national security establishment here. Trump has said all sorts of bizarre things about 9/11.

Here we have Trump on the verge of declaring a state of emergency, which would be kind of unprecedented and send the United States into a spiral of even more chaos, so having this happen right at this very destabilizing moment, it just adds another element of potential instability, and there may be a relation, and again there may be people who are fed up with this big lie have seen this United States empire has not profited from this operation that was sold apparently to some of the people who okayed it as a way to preserve the next American century.

© AP Photo / Patrick Sison
Cash for Cache: Hackers Reveal First Batch of 9/11 Files in Blow to 'Deep State'
The Project for the New American Century, of course, had called for a new Pearl Harbor exactly one year before 9/11, but it hasn't helped the American empire, we're not seeing a new American century and I think some of the managers of the empire are quite unhappy that they railroaded into going along with this horrific crime, which is actually destroying the United States empire. So there is a factional fight within the deep state, although I'm sure that most of them don't want to expose the full truth about 9/11 because that would be so destabilizing that it would frighten them.

UK Professor Under Probe for Claiming Israel, 'Zionists in US Gov' Behind 9/11