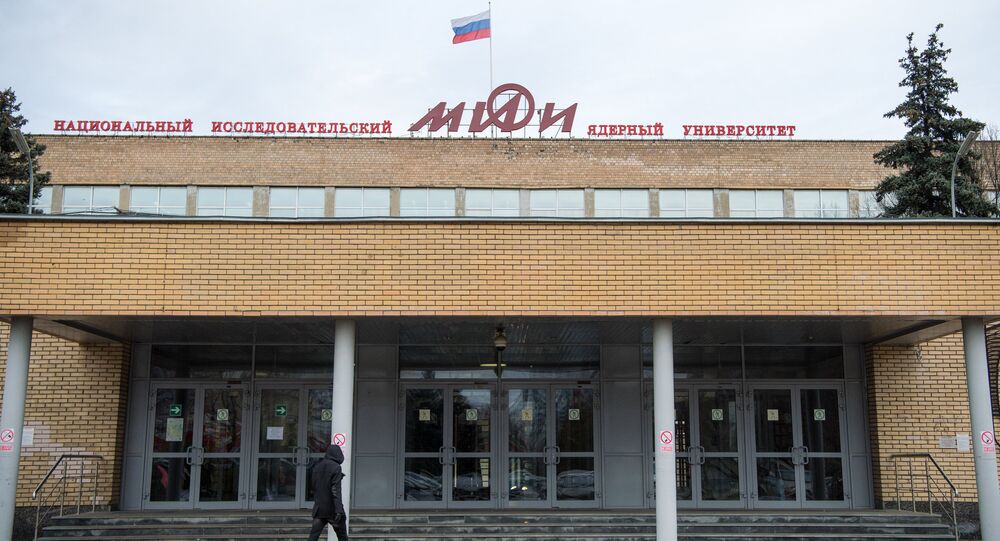 Blow up the Vacuum: How The Nobel Prize Spurs the Development of Science

On December 10, the Nobel Prize in Physics was awarded to scientists Arthur Ashkin, Gérard Mourou and Donna Strickland in Stockholm.

They received the prize for their discoveries in laser physics. Sergei Popruzhenko, a professor with the Institute for Laser and Plasma Technologies at National Research Nuclear University MEPhI, talked to a Social Navigator project correspondent (Rossiya Segodnya International Information Agency) about the significance of the Mourou-Strickland discovery and its applications for advanced laser physics.

Rossiya Segodnya: What is the essence of the Strickland-Mourou discovery?

Sergei Popruzhenko: Their 1985 project made it possible to boost the possible intensity levels of laser units.

It was believed for a long time that the intensity of electromagnetic fields was limited by the ability of the laser’s gain medium to withstand a preset energy density alone. Laser units achieved this limit in the 1980s, and all research requiring greater power remained in the realm of science fiction.

Rossiya Segodnya: What did this invention lead to?

Sergei Popruzhenko: This led to a tremendous increase in attainable laser-radiation power that has soared by one million times in the past 30 years. This invention has also spurred the development of fundamental research, with scientists approaching an area of physics that was previously regarded as off limits to experimenters.

Rossiya Segodnya: When did MEPhI join this research?

Sergei Popruzhenko: Professor Nikolai Narozhny, head of our faculty of theoretical nuclear physics, was a world-famous theoretician specializing in the quantum electrodynamics of powerful electromagnetic fields. He knew Mourou even before his pioneering invention, that is, since the 1970s when both of them completed an advanced training course at the University of Rochester in New York, the United States.

In 2005, they met by accident at a laser physics conference in Japan and recognized each other.

That chance meeting was very productive. After listening to a report by Professor Narozhny who predicted the creation of the electron-positron tandem out of vacuum in a powerful electromagnetic field, as well as to those by other scientists, Mourou realized that his invention should spur the development of fundamental physics, and that it would become possible to generate the electromagnetic fields mentioned by Professor Narozhny, using his upgraded technology.

He wanted to know why there should be only one electron-positron tandem. In his opinion, greater laser-radiation intensity would cause the vacuum to emit such tandems on a big scale.  It was then that Mourou said he dreamed of developing a laser unit that would blow up the vacuum.

Rossiya Segodnya: How can you blow up the vacuum?

Sergei Popruzhenko: This idea surfaced during discussions between Mourou, Professor Narozhny and other theorists. An electron can collide with a photon inside a laser field and create electron-positron tandems over and over again. This would produce a cascade like those being generated by cosmic rays hitting the terrestrial atmosphere. This downpour would appear out of an empty void if a powerful laser beam is focused on it.

Professor Narozhny, A. M. Fedotov, Georg Korn and Mourou published their research paper proving that these cascades would continue to expand, and that laser radiation would turn completely to particles. This is what blowing up the vacuum means. However, the idea is still on the drawing board.

Sergei Popruzhenko: Extreme Light Infrastructure (ELI), the most famous project and an unfinished laboratory, consists of three sections in the Czech Republic, Romania and Hungary. This project calls for creating a laser unit with an intensity of 1024-1025 watt per square centimeter. This intensity did not exceed 1015 watt per square centimeter before Strickland and Mourou made their invention. Although this is not enough to realize Mourou’s dream of blowing up the vacuum, a major step has been taken in this direction.

Next, the Exawatt Center for Extreme Light Studies (XCELS) with the world’s most powerful laser unit with an intensity of 1026 watt per square centimeter and more will be established. Mourou helped design this unit. The project is to receive funding soon, and the awarding of the Nobel Prize to one of its authors can help resolve this issue.

Rossiya Segodnya: What other implications will the Nobel Prize awards have?

Sergei Popruzhenko: To my mind, laser projects will receive additional support all over the world. The public will note this academic achievement, school and university students will learn about it, and some will choose a career in this field.

This is also important for MEPhI because our university is involved in this field, and we are also working with the theoretical aspects of Extreme Light Infrastructure and XCELS megaprojects.

Although this laser unit project is ongoing, the ELI system has already started functioning, and many MEPhI people are involved. I visited the facility recently and talked with project director Georg Korn. He mentioned that Russians were the second-largest group in the project, and that there were many MEPhI graduates among them.

I hope that the ELI unit will be fully operational within a few years, and that this will become the penultimate step in verifying Mourou’s theories, which are based on theoretical work by Professor Narozhny and other major theorists, by practical methods.

And Russia will take the final step, if the XCELS project is supported.