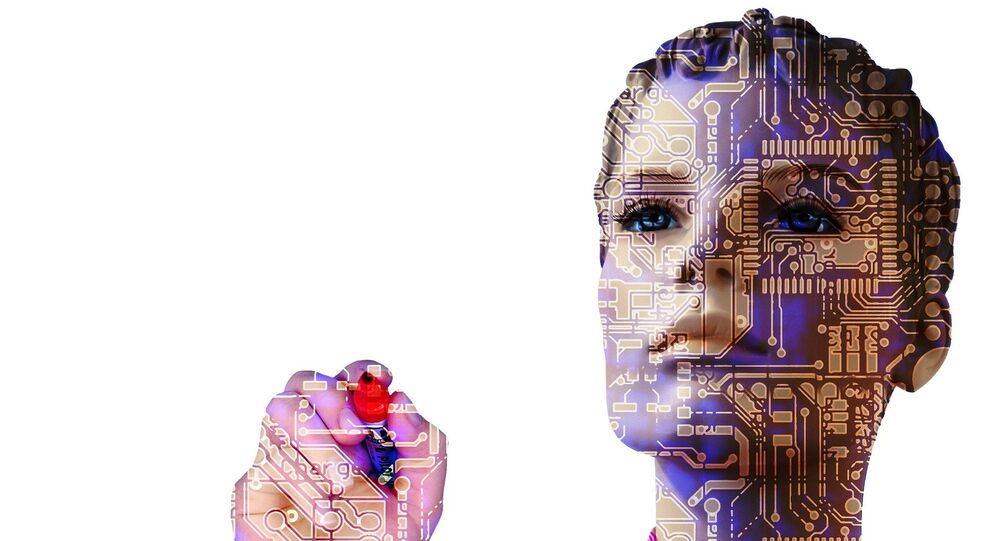 What is the #EdCrunch University? What are its goals? Why do even school students need to learn to work with big data? Is it true the university teachers’ comfort zone does not include computers?

These are the questions that the Social Navigator project reporter asked Alevtina Chernikova, rector of the National University of Science and Technology MISiS (NUST MISiS).

Sputnik: Ms Chernikova, NUST MISiS has been hosting the #EdCrunch conference for five years now. What made the 2018 #EdCrunch special?

Alevtina Chernikova: Indeed, for the past five years, NUST MISiS has been the initiator and organizer of the #EdCrunch international educational conference. Its goal is to promote the implementation of new educational technologies on a large scale. This platform has become so much more than just a conference; every year, it becomes an increasingly important, significant, large-scale event, and not only for the academic community, but for the business world as well.

© Photo : Pixabay
Robot or Teacher: American Expert Puts Faith in Combining Both
Today, #EdCrunch is a whole ecosystem encompassing a great number of events and projects. Within the framework of the Pre-day, over 20 workshops featuring top Russian and foreign experts were held. By tradition, contests of the best online courses, platforms and education startups are being held as well.

This year, the new project called #EdCrunch University was launched. As part  of NUST MISiS, we created a new educational technologies' center to increase the quality and accessibility of education and promote a digital educational environment at our university. We are creating a communications platform for those interested in new technologies and trends in education.

Sputnik: Speaking of higher education in general: How much has it changed over the past, say, ten years?

Alevtina Chernikova: The world is changing rapidly; the professions we know are now becoming history as new ones appear — all of us can see that. Today, it is hard to believe that someday soon there will be no drivers, but many countries are already carrying out unmanned driving projects. At one time, together with Kamaz and Cognitive Technologies company, NUST MISiS had been developing the first Russian unmanned truck. This project is still underway; Kamaz is planning to introduce unmanned transportation on its territory — so far, only there, given the range of obvious obstacles to these trucks' leaving the territory of the plant.

Digitalization is steadily becoming part of our everyday lives. This year's #EdCrunch motto is "Data that transform". We are talking about transforming not only the education system, but the attitude towards it as well. We have to keep learning constantly, every day, in order to stay competitive. Efficient organization, including the organization of education, results in the need for collecting and analyzing big data.

Sputnik: What is big data to you? Why is it so important that even school students must learn to work with them?

Alevtina Chernikova: There are plenty of examples. At NUST MISiS, we have a laboratory for creating materials with targeted properties headed by Igor Abrikosov, a NUST MISiS graduate and a professor at Linkoping University, Sweden. This laboratory's scientific equipment includes a supercomputer that works with big data. Together with our colleagues from other Russian and foreign universities, we are now creating a big data system in the field of material science.

Other fields also require the collection and analysis of big data. For instance, doctors make diagnoses based on their professional experience and accumulated statistics. Those who have a system of big data on the development of a certain disease on hand can make a more accurate diagnosis.

© Photo
Artificial Intelligence Boost for Opportunistic Science in Space Exploration - UK STAR Lab Head Talks to Sputnik
One more example, education-related. It is very important to gather information "from the classroom": what do students find difficult, what do they find hard to focus on? To know the answers, one must constantly monitor feedback, collect and analyze data.

During the #EdCrunch2018, founder and CEO of EdX platform Anant Agarwal told us about the results of the research into the concentration of those taking online classes. This research showed that maximum concentration time lasts for no more than six minutes. That does not mean that from now on, all classes should last for no more than six minutes; it means that the students' focus needs to be shifted in due time.

Sputnik: Many see an intelligent machine as a silent competitor, a threat to their professions. That is why some respected academics believe that in their struggle to survive, people will always try to boot the intelligent machines out. What do you think?

Alevtina Chernikova: Everyone has a comfort zone. We all are cautious about a lot of changes in life. But those striving for self-development and personal growth will always have to leave their comfort zones. In this case, computers will always be helpers rather than competitors.

On the opening day of #EdCrunch, children asked if they will be taught by robots in the future. Even today, toy robots help children to learn and understand new things. Adults use computers to learn as well; for instance, during tests to obtain a driving license. But when it comes to education as a process of communicating images, of upbringing, transmitting values, robots will never be able to fully replace teachers — those, who welcome students into the complicated adult life.