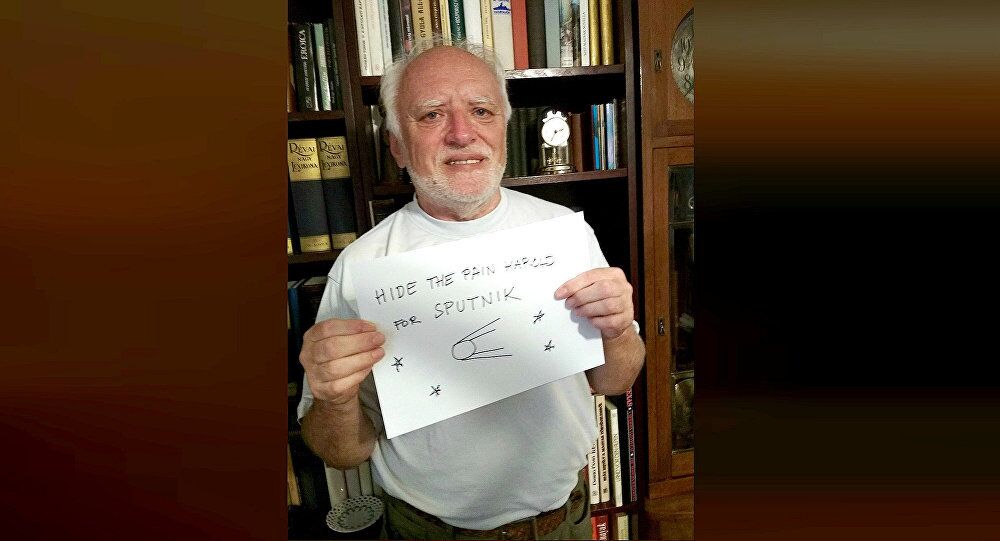 The Internet-famous meme character “Hide the Pain Harold” visited Russia for the first time in 50 years to attend FIFA World Cup. In an interview with Sputnik, the man behind the meme, Andras Arato, shared his views on Russia.

Andras Arato, who gained worldwide popularity after he became the face of an Internet meme, "Hide the Pain Harold,"has returned to Russia for the first time in half a century. A lot has changed, Arato said, but not the hospitality of Russians.

"[Since my first trip in 1968], several things have changed, starting with the name and national anthem and ending with goods being sold in stores. The only thing left unchanged is the hospitality of the residents,” Arato told Sputnik in an interview.

He recalled an incident that happened to him in Moscow. "One day I got lost and I asked one guy to guide me. He immediately rented a car to personally drop me off. I cannot imagine anything like this in any country, including my homeland, in Hungary,” Arato said.

Andras, who was in Russia for work as he was taking part in shooting a Russian advertisement, highly appreciated the organization of his work program while visiting Moscow.

“I especially liked how the streets look: there are no beggars, homeless people, garbage, and graffiti on the walls. The atmosphere in which the World Cup was held is unforgettable. I can only compare it with the atmosphere that prevails during the Venice carnival,” Andras told Sputnik.

Sharing his impressions of communicating with some of his fans on the streets of Moscow, the meme legend said that he was especially touched by the "joy and happiness in their eyes." Perhaps at the end of the month he will organize a trip for his fans, he added.