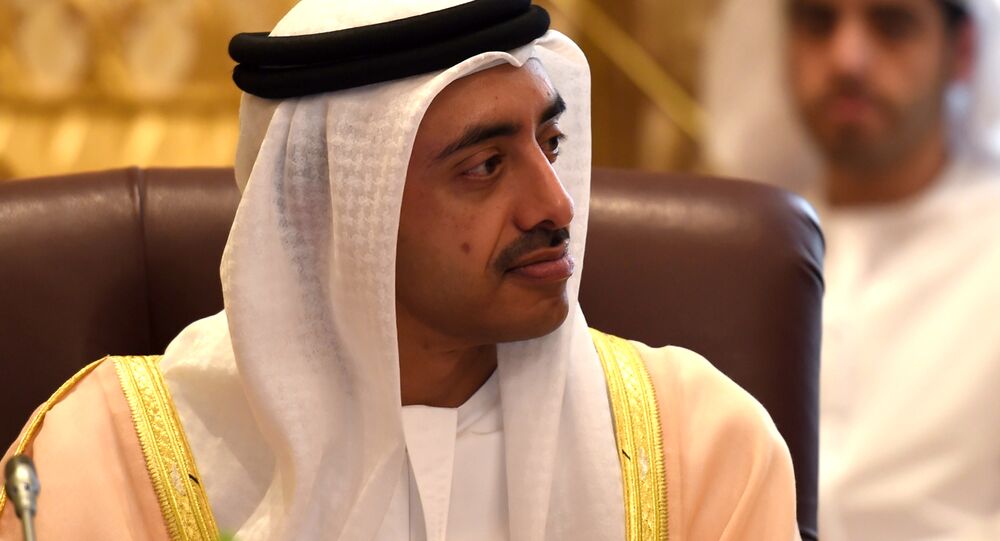 UAE’s Foreign Minister Sheikh Abdullah Bin Zayed Al Nahyan visited India last week during which he proposed setting up a Consulate in Hyderabad. Sputnik has spoken with the UAE Ambassador to India Dr. Ahmad Abdul Rahman Al Bana on the deepening ties between the two nations.

New Delhi (Sputnik) — The ambassador of the United Arab Emirates (UAE) to India Dr. Ahmad Abdul Rahman Al Bana has said that his country is looking into new sectors of collaboration and cooperation with India.

"But again that does not mean that our soft powers, cultural diplomacy will be neglected. On the other hand, those new sectors will enhance more interactions between the UAE and India" Dr. Ahmad Abdul Rahman Al Bana, UAE's ambassador to India told Sputnik in an exclusive interview.

© Photo : Pixabay
India Cancels Export of Live Sheep, Goats to UAE Amid Protests
Lauding the role of Indian people in the growth and development of the UAE, the ambassador said that 25 percent of the UAE's population is Indian and they are by and large tolerant.

"One of the main aspects of similarities between the UAE and India is the culture of tolerance. We have created a Minister and Ministry of Tolerance, not only tolerance but what we call acceptance and that's what I see traveling in India between South and North, East and West, I see tolerance and I see acceptance, that you can feel and get once you visit the UAE also," Ambassador Ahmad Abdul Rahman Al Bana told Sputnik.

The ambassador also stressed that Arab culture and Islam are entirely different than what is being portrayed by the international media.

"A lot of people have this misconception of our culture (Arab culture), of our religion and we need to showcase and need to actually present that Arab culture and the religion of Islam is not of what the international media presents nowadays, unfortunately," Ambassador Ahmad Abdul Rahman Al Bana said.

India-UAE relations are on a new high after Indian Prime Minister Modi's visit to the UAE and the participation of UAE's crown prince as the chief guest in India's Republic Day celebrations last year.

India-UAE to Explore Joint-Production of Aircraft